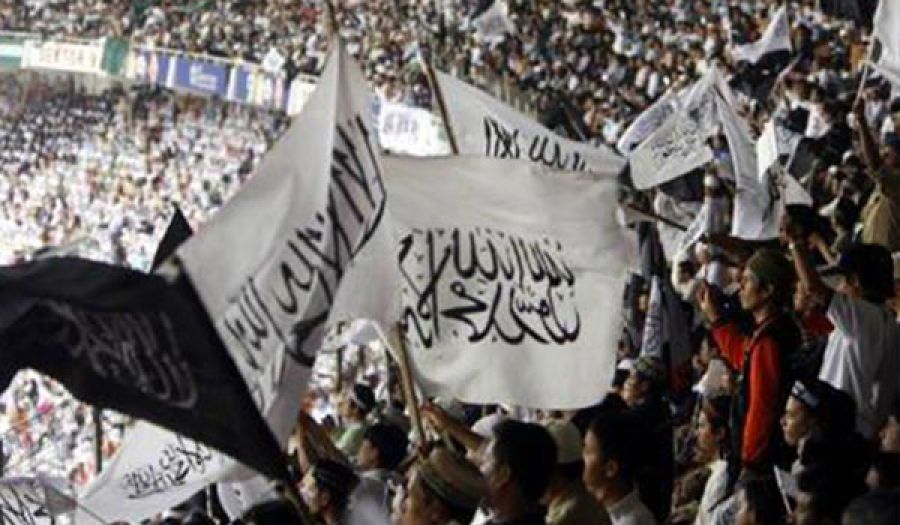 On the twenty-eighth of Rajab of 1342 AH, Britain, the head of Kufr at the time, with the help of Arab and Turk traitors, led to the destruction of the Khilafah state. 98 years ago, the criminal Mustafa Kamal abolished the Islamic Khilafah. Since then the Muslim Ummah have no guardian that governs it by the book of its Lord and the Sunnah of its Prophet, but instead, the colonizer Kuffar have appointed on the Ummah a group of subdued agents who do not disobey them, and do what they are commanded, the Kaffir move them as if they were pawns in the chessboard. … 98 years and the Islamic Ummah is like foam of the torrent, they have no value or weight after the Kuffar and their agents destroyed the secret of its strength and origin of its pride, namely Islam and the Khilafah State (Caliphate).

The Khilafah State ruled the world for thirteen centuries, spreading justice and goodness on the sides of the earth, enemy witnesses to this before the ally. It was not a state of injustice with ambitious in the wealth of States and their money, but it established justice and spread good in obedience to Allah and His Messenger. So justice and good was prevalent with the spread of Islam in the world. The state of the Ummah remained thirteen centuries in pride and empowerment, carrying out the task entrusted to it by Allah, namely, spreading Islam and spreading justice, and it was truly a mercy and a light for the worlds. But the Kufar and their collaborators of traitors conspired against it, and continued to attack it day and night to finish it off. When they achieved this, the Muslim countries were looted by all the greedy, and its body and structure was torn apart. Palestine was lost and Al-Aqsa was desecrated by the lowest of people, the Jews. After the Ummah lived in accordance with one doctrine and under one banner and one ruler, it is living in a divided areas called states, each has a coloured rag and a constitution made by the colonial Kuffar, and ruled by agents rulers, to serve colonialism and fight Islam and empower the colonizer from the wealth of the Ummah and its capabilities.

The Kuffar, and their aides and agents do not fight you for prayer, fasting or Hajj, but rather fight against the system of government that Allah has chosen for you (the Khilafah), because they know that the Ummah will not be of any importance except by the Khilafah. It protects the honour and Islam, and removes injustice from the Muslims, as a result of its absence. So you see their only concern is to fight political Islam, which seeks to make Islam a system that people rule by, so it becomes their constitution and law, Allah (swt) says: فَلَا وَرَبِّكَ لَا يُؤْمِنُونَ حَتَّىٰ يُحَكِّمُوكَ فِيمَا شَجَرَ بَيْنَهُمْ ثُمَّ لَا يَجِدُوا فِي أَنفُسِهِمْ حَرَجاً مِّمَّا قَضَيْتَ وَيُسَلِّمُوا تَسْلِيماً “But no, by your Lord, they will not [truly] believe until they make you, [O Muhammad], judge concerning that over which they dispute among themselves and then find within themselves no discomfort from what you have judged and submit in [full, willing] submission” [An-Nisa’: 65]

Their war on Islam is a war against the ruling system, a war on Islam as a political system that must be applied in all matters of life.

O our people in Jordan

This is your reality, which you live, experience and see; humiliation, enslavement, looting of your money by the agents of the Kaffir West. Your issue is not a loaf of bread or improvement of living conditions, but is the removal and eradication of the cause of the disease from which you suffer, and any other effort is to dispel the Muslims for their fateful issue, the radical change of the reality to resume the Islamic way of life by establishing the Khilafah. Where we are ruled by a Khalifah (caliph) chosen by the Ummah and the rule of our Lord is implemented on us. The powers and energies of the Muslims are capable of removing these destructive regimes if they have the will, and those millions who have taken to the streets in Tunisia, Algeria, Egypt, Ash-Sham and others, demanding the overthrow of these regimes are not far away from us. The sacrifices were easy to them, knowing that the puppets of the regime and the tyrants will punish them harshly, but this did not deter them from going out to the streets and from the mosques and chant by overthrowing these puppet regimes that do not rule by Allah’s law.

Hizb ut Tahrir, which you know well for decades, is the leader who never lied to you, and did not give up or retreat. Rather, remained like the solid mountains, working night and day to show the Ummah this lost obligation, the crown of obligations. Only under it that all obligations are fulfilled, who will lead the armies to liberate Al-Aqsa but the Khalifah? And who lifts the injustice and murder that falls on Muslims all over the world except the Khalifah? And who will implements the Book of Allah, which approached hundred years of its disruption, reviving its rules and implementing its Constitution and its system? Who…who…who except for the Khalifah and the State of the Khilafah?! Therefore, it is not surprising that Hizb ut Tahrir will make the work for the Khilafah (Caliphate) its manufacture and its products, and it will remain so until the Messenger of Allah’s glad-tiding for this Ummah is achieved: «ثُمَّ تَكُونُ خِلَافَةٌ عَلَى مِنْهَاجِ النُّبُوَّةِ» “then there will be a Khilafah on the method of Prophethood” and will continue to ask the Ummah and its armies to work with it to establish the Deen of Allah on the method of Prophethood.

The Khilafah is a great matter, and it is glorious, leaving it and leaving work for it is one of the greatest sins, enough is the saying of the Prophet ﷺ: «وَمَنْ مَاتَ وَلَيْسَ فِي عُنُقِهِ بَيْعَةٌ، مَاتَ مِيتَةً جَاهِلِيَّةً» “Whoever dies without a pledge of allegiance on his neck, dies the death of the Days of ignorance” (Muslim)

Its presence is what makes the pledge on the Muslim’s necks. The pledge of allegiance is only for the Khalifah.

And Hizb ut Tahrir is in this way until the Khilafah is established. So Muslims rise and work with us to establish the Deen of Allah in the land? So, Muslim armies rise and put your hands in our hands to establish this great obligation. And trust in Allah the Mighty and Strong, and know that Allah’s victory is near the Muslims.