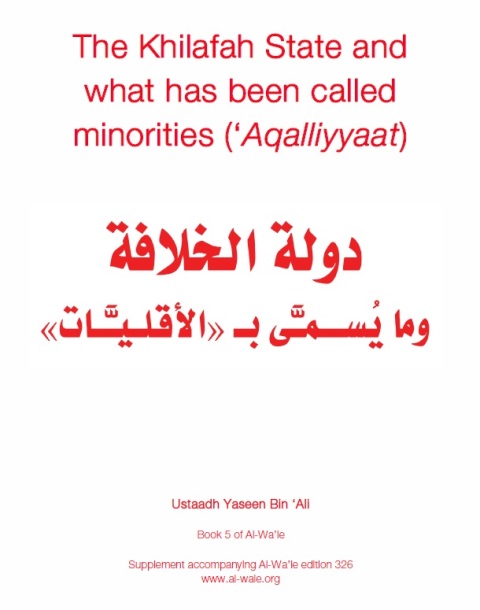 Western colonialism incited nationalistic and religious pride within the Islamic world in order to justify its interference within the affairs of the ‘Uthmaani (Ottoman) Khilafah. Its ultimate plan was to bring the downfall and dismembering of the ‘Uthmaani state. To fulfil this objective the West propagated poisonous thoughts falsely claiming Islam persecutes minorities and attempts to wipe them out. This is after they acted maliciously through the Orientalists and those who were enamoured and won over by them from amongst the Muslims to cause deception, misdirection and to accuse Islam within the scope of a policy that aimed to push the minorities into their embrace and to be tied to them. The West kindled nationalistic struggles between the Arabs, Persians, Turks and Kurds in addition to their meticulous efforts to generate animosity of non-Muslims against the Islamic Khilafah and thereafter against its return and re-establishment. This was despite the nature of Islam and its Shari’ah texts which contradict with and are opposed to the idea of discrimination against what has been termed ‘minorities’. The Khilafah State also embraced people of other religions and guaranteed for them a dignified, honourable and secure life and history is the best witness to this. In this context the importance of this book comes to the fore as a serious and deep contribution to the subject area in order to crystallise the Islamic rulings related to the reality that has been called ‘minorities’ and to reveal the true facts related to the subject and all that this involves in terms of deception and misdirection.

Please note this book is a draft translation from Arabic. The original book can be viewed here: