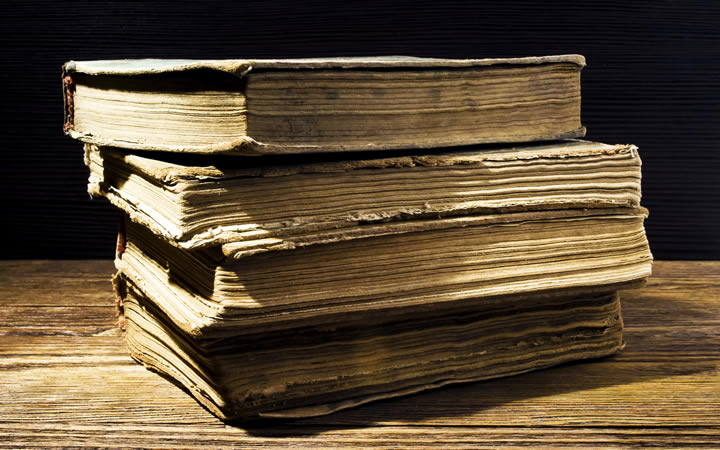 Hizb ut Tahrir, since it was formed in Jerusalem at the hands of the Mujtahid judge, Taqi al-Din al-Nabhani, may Allah (swt) Almighty have mercy on him, was carrying the call to Muslims and non-Muslims, throughout day and night, in compliance with the Almighty’s saying:

“Say, (O Prophet,) “O People of the Book! Let us come to common terms: that we will worship none but Allah, associate none with Him, nor take one another as lords instead of Allah.” But if they turn away, then say, “Bear witness that we have submitted (to Allah alone).” [Surah Aal-i Imran: 64].

It was and still is, carrying the daw’ah with the intention of reaching its goal of resuming the Islamic way of life by establishing the Khilafah state that was the focus of everyone’s attention and where the Muslims and non-Muslims enjoy a decent life, which has never been seen under any other government. Why not, and Allah glory be to Him, is saying to His Honourable Prophet (saw):

“We have sent you ˹O Prophet˺ only as a mercy for the whole world” [Surah Al-Anbiya‘a: 107].

Islam has recommended that the dhimmi be treated well, to be treated gently and assisted in his affairs, and that Muslims must protect him, protect his wealth and honour, and guarantee him food, shelter and clothing as the Messenger of Allah (saw) said:

“Feed the hungry, visit the sick and free the captive” [Narrated by Al-Bukhari].

And the last commandment of the Prophet (saw) while he was in his deathbed was:

“…Act kindly towards the Copts” [Al-Hakim in Al-Mustadrak].

Islam has come with several rulings for the dhimmis, including that they are not tempted against their religion and are not compelled to enter Islam. Rather they are left to practice what they believe, what they worship and what they eat, and they are not charged with any type of costs that Muslims are required with, such as jihad and zakat, and taxes when necessary. And these dhimmis only pay the Jizyah, It was narrated by him (saw):

“…and whosoever becomes a Muslim whether a Jew or Christian [Nasrani] then surely he becomes one of the believers, he has what they have, and upon him is what is upon them (i.e. treated similarly to the Muslims) and whoever remains in their religion whether Jew or Nasrani he is not forced to change his religion…” [Seerah of Ibn Hisham].

The Jizyah is an amount of money taken from capable male adults, as Allah (swt) says,

“… until they pay the tax, willingly submitting, fully humbled” [Surah At-Tawbah: 29]. The word “hand” is a metaphor for ability, and jizyah is not taken from women and children, and if the dhimmi becomes Muslim or becomes poor, the tax is dropped, and in the latter case the state takes charge of it from the treasury, and the dhimmis are treated well, and they are seen before the ruler, before the judge, when taking care of their affairs and when applying transactions and penalties, as Muslims are seen without any discrimination, and they are subject to the rulings of Islam as Muslims are subject to them. The state deals with them in the same manner as Muslims, and there is no such description as minority and the majority in the state, that is commonly used these days. Islam considers the group that is ruled under its system as a human unit, regardless of its sect and gender, only affiliation is required in it, meaning settlement and loyalty to the state, and there are no minorities in it. Rather, all people, on a humane basis, are subjects of the Islamic state, as long as they hold the citizenship.

The English historian, Sir Thomas Arnold, says in his book, The Preaching of Islam: “The victorious Muslims have treated the Christians with great tolerance since the first century of immigration, and this tolerance has continued in successive centuries. We can rightly judge that the Christian tribes that have converted to Islam have embraced it out of free will and choice, and that the Christian Arabs who live in our time among the Muslim groups are a witness to this tolerance.”

German Orientalist, Sigrid Hunke, says: “The Arabs did not force the conquered peoples to embrace Islam. The Christians, Zoroastrians and Jews who met before Islam the worst and most horrific examples of religious intolerance. They were all allowed without any hindrance to prevent them from practicing their religion.” And the Muslims left their houses of worship, monasteries, priests, and rabbis without causing them any harm, and is this not the utmost tolerance? Where did history narrate to us such actions? and when? Al-Kharbotli quotes from the Orientalist Dozy in his book, Spanish Islam: A History of the Moslems in Spain, as saying: “The tolerance and kind treatment of Muslims towards the people of the Dhimma led to their acceptance of Islam and that they saw in it the ease and simplicity of what they were not familiar with in their previous religions.”

Gustave Le Bon wrote in his book, Arab Civilization: “Power was not a factor in the spread of the Qur’an, for it left the conquered Arabs free in their religions…If it happened that some Christian peoples assumed Islam and adopted Arabic as a language for them, that is because the victorious Arabs were characterized by the forms of justice that people had never experienced before, and because Islam was so easy that other religions did not know.”

Will Durant says, “The dhimmis, Christians, Zoroastrians, Jews and Sabeans, enjoyed a degree of tolerance during the Umayyad Caliphate that we have no analogous to in Christian countries these days. They were free to practice their religion, and kept their churches and temples,” and the French Orientalist Aldo Mieli, who devoted himself to the history of science, took over the agency of the International Society for the History of Science, and founded the Archeion Magazine that records his activity among his scientific effects are: (History of Science 1935), (Arabic Science and its Impact on Scientific Development in the Islamic World 1941), (Botany among the Arabs 1941), and many others. This unbiased scientist says:“ “The great tolerance shown by the Umayyad caliphs, and the kings of the sects did not just extend their allegiance to the peoples they ruled, or to the Muslims who came from Africa and the East only, but also spread its shadow over the Christian scholars who came from the farthest countries to receive sciences in the countless prosperous cities, in that magical country (Andalusia) that takes in groups of thinkers.” And the writer and thinker Adam Mitr invokes one of the great principles of Islam, which is the treatment of Muslims with others in the state of Islam, and says: “The life of the dhimmi according to Abu Hanifa and Ibn Hanbal was equivalent to the life of a Muslim and the blood money of a Muslim, and it is a very important issue in principle … and the Islamic government didn‘t interfere with the religious rituals of the dhimmis.”

Among the Muslim caliphs who took care of the dhimmis and recommended them well, the second Khalifah Rashid (the rightly guided Caliph), Umar ibn al-Khattab (ra) who recommended and advised the Khaleefahs after him to take good care of them. This was mentioned by the Western scholar Arthur Stanley Triton, who was born in 1881, and was appointed an assistant professor of Arabic in Edinburgh in 1911 CE, Glasgow in 1919, and a professor in Aligarh in India in 1921, and the School of Oriental and African Studies in London in 1931. Among his scientific and historical effects are: the Khulafaa (caliphs) and their non-Muslim subjects 1930, the science of speech in Islam 1947, Islam faith and rituals of 1950 CE, and materials in Islamic education in 1957. This great scholar says about the will of the Ameer Al-Mu‘minoon (Commander of the Faithful) Umar ibnn Al-Khattab (ra) with the people of the dhimma: “When Umar ibn al-Khattab’s was on his deathbed approaching death, he commanded those after him, saying: I recommend the Khalifah (Caliph) after me to treat the people of the dhimmah well, and to fulfill their pledge to them, and fight behind them, and not overburden them.”

Thus, we see how Islam has done justice to the dhimmis and guaranteed them justice and dignity in the state of Islam, and we see how the people of the dhimmah have experienced this and witnessed that throughout the years of Islamic rule.

These are fragments from some of the sayings of unbiased Western scholars and thinkers, and the dhimmis who have lived under these laws for many centuries during which they were met with good treatment and beautiful care, which made the Nasara of the Levantine join the Muslims in their wars against the Crusaders, and the people abroad heard about the good treatment and guarantee of rights that the people of the Dhimma received, which prompted the Jews of Spain to help the Muslims to conquer Andalusia. All of this happened at a time when the rights of the conquered peoples were abused and not protected by other countries in the world at the time.

In the narration of Umar ibn al-Khattab (ra) that he passed by an old man from the people of the dhimmah asking at the gates of the people, then he said to him: ‘What brought you to what I see?’ He said: ‘the jizyah, the age and the need.’ He said to him: ‘We are not fair to you! We used to take the jizyah from you in your youth, then left you in your old age’ and he took him to his house, gave him what he needed, then sent him to the treasurer of the treasury, and ordered him to waive the tax from him, and to give him from the money of the treasury. The story of Umar ibn al-Khattab where he removed the injustice that occurred against the Copt by Ibn Amr ibn al-Aas, governor of Egypt, is famous when the Khaleefah (Caliph) ordered the Coptic to revenge for himself from the son of the governor before his father! Likewise, the story of our master Ali bin Abi Talib in referring to Judge Shureih regarding his shield, which the dhimmi took is famous which demonstrates justice and equality before the courts.

The evidence of the Islamic State’s benevolence for the dhimmis is more than counted. Even today, the people of Sicily in Italy and the people of many other regions have mentioned it, even though neither Islam nor Muslims have had an impact on them for a long time.

The people of the Dhimma felt that fairness and justice to the extent that they preferred the state of Islam and living among Muslims over living in the countries of the West or cooperating with them. Hence, this led to the loss of one of the Crusaders’ cards that they had relied on in defeating the Muslims.

Yes, this is how their condition was in the Khilafah state, and it will be like this in the upcoming second Khilafah state. The promise of our Lord and the glad tidings of our Prophet (saw) let us roll up the sleeves to work hard and restore the authority of Muslims that will fill the universe with light and justice after it is filled with injustice.