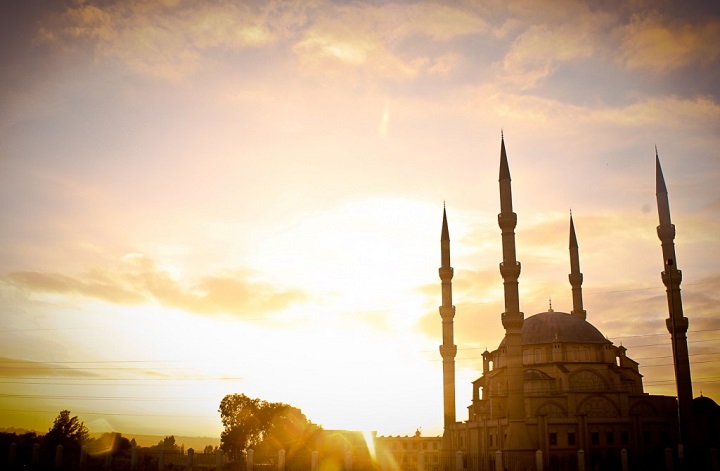 Since the Islamic Ummah is still experiencing the direct consequences of this catastrophe, it is necessary to commemorate this memory until this situation is corrected and the Muslims retain the state that protects them from the evil of the enemies, preserves them from the pain of disasters, and restores their standing among nations.

Since the colonial Kaffir West succeeded in its conspiracy to destroy the Khilafah to dominate the Muslims and their lands; it perpetrated the most severe forms of oppression and harm on the Islamic Ummah, to the extent that the Ummah’s condition is as if it was placed on the interrogation chair in the torture chamber! All kinds of material harm were inflicted on it. It killed its sons, violated its honor, plundered its resources, plundered its land, shredded its lands, and incited strife among its people. It also inflicted various types of moral harm on it. It attacked the rules of Islamic Shariah, insulted its Prophet, we seek protection from Allah, and insulted its purity and chastity, and downplayed its status to the point where the demons of humankind from criminals and thugs took it as a target of their greed. What we see today is the audacity against Muslim children in all corners of the earth, from kidnapping, torture, captivity, disappearance, killing, starvation and neglect. It is only because these innocent birds and vulnerable families have no protector; an Imam who will be the successor of the Messenger of Allah (saw) and on his method, who will gather the men of the Ummah and its brave ones, and direct their anger on the criminals who have wronged them, thus making them forget the whispers of Satan. On the authority of Abu Hurairah, on the authority of the Prophet (saw), he (saw) said:

“The Imam is a shield, behind whom you fight and protect yourself”.

The successive uprisings of the Islamic Ummah have proven that it waits for opportunities and does not miss them. If someone appears to be confident in its capabilities and adopts its interests, the Ummah will trust him and unites around him and will work with him to try to restore its authority that was taken from it. Those who know the conditions of the Islamic Ummah, even among its enemies, are well aware that the Ummah after every attempt of emancipation, even if it fails, the awareness of the extent of the hatred of the West and its agents against it, and the extent of its need to remove its influence from its lands will accumulate in its memory. Therefore, the reality of the Ummah’s condition today is that it is battling its chains in order to break free from them, grinding its teeth out of anger, and looking into the eyes of its executioner, threatening him of a bad outcome. The most important thing is that the Ummah has adopted the Khilafah as the system that Islam brought, and everything that contradicts it is forbidden.

The Islamic Ummah today is in an open clash with the West and its civilization. In the Muslim countries the Islamic Ummah tried to turn the table on the colonial situation in the so-called Arab Spring, and the West was unable to confront this uprising except with iron and fire, and only found temporary solutions for it. In the countries of the West, to which the Muslims migrated, entire Muslim communities in general and their families in particular were difficult to integrate into the civilization of the West and kufr, decadence and immorality that it carries. The West lost its mind and bared its teeth and made a move that revealed its bankruptcy and despair from Muslims, which is the attempt to impose the creed and secular life by force on Muslims in their countries and in Western countries, even if he was forced to adopt decisions that clash with public opinion openly. The American president incited his people and the world against Muslims, and the French president clamped down on the private lives of Muslim families in France.

Scandinavian governments fueled the decisions to remove Muslim children and hide them from their families. The rulers of the House of Saud imprisoned the scholars and then opened the land of the Two Holy Mosques to immoral locusts of both female and male dancers. The Arab Gulf States followed them and announced the normalization of relations with the usurping Jewish entity of the Blessed Land of Palestine. This indicates the extent of the West’s confusion and bankruptcy in melting the Ummah into its civilization and its failure to subdue it.

This movement of the Ummah does not mean that it cannot be deceived by poisoned projects, in the corridors of politics, and with take-and-request approaches, and the traps of Machiavellian logic, which their consequence is the wrath of Allah and the loss of the world and the Hereafter. It will not be saved from these traps or the trust in agents except by the sincere and capable who can address it and it listens to them and their advice. In this time, they are the sincere makers of public opinion. We turn to them and warn them of Allah (swt), they should not hesitate to expose conspiracies, and they should not make the Ummah follow the agents and traitors, and they must not divert the Ummah from its vital issue.

Here, the Central Media Office of Hizb ut Tahrir calls on all media persons and media outlets, especially the loyal ones, who are keen to lift the Islamic Ummah from the state of humiliation it is in. We invite you to be supporters of the truth and beacon of goodness, so participate in covering the activities of this campaign to call for the restoration of the Khilafah on the method of the Prophethood.

As for the people of power and protection, they are the last to stand between the Ummah and the realization of the return of the Khilafah Rashidah (rightly-guided Caliphate) on the method of the Prophethood. The Ummah is ready for unity, Khilafah, building and mobilization. It only lacks those who will secure a safe area for Islam, to be its focus point from which it spreads to the rest of the world. This will not be achieved unless the Nusra (material support) is achieved by those who are able to remove the authority from the hands of the traitors and agents and return it to the Islamic Ummah.

“…and those who gave shelter and aided – it is they who are the believers, truly” [Al-Anfal: 74].