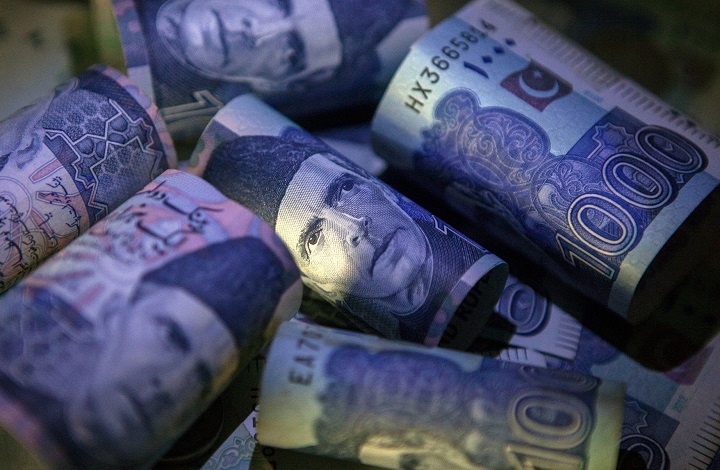 We are suffering immensely, as the economy obviously collapses, despite the reassurances of Pakistan’s rulers. The rupee is collapsing in value, whilst inflation is spiralling out of control. Fuel, electricity and gas prices are all increasing, as are taxation and unemployment.

As if our economic misery were not enough, the rulers use the weak economy as an excuse to humiliate us before our enemies. Previously, they surrendered Occupied Kashmir to Modi upon the instructions of the US, so that India can rise as the regional hegemon. Now, pleading poverty, they keep our air space open for the US. The air corridor gives the US essential over-the-horizon capabilities to strike Afghanistan, whilst allowing the US to spy on our nuclear and military assets.

As long as Pakistan’s rulers tie us to the colonialist economic order made by the West, led by America, we will never know of prosperity and security. It is only the implementation of our Deen, by rulers in the Khilafah, that will allow us to rise to our true potential.

Under the American economic order, Pakistan’s rulers have tied the Rupee to the dollar with devastating consequences. The Rupee is constantly weakening, causing huge inflation that is crushing us. In 2018, one dollar bought 120 Rupees, but by 26 October 2021, one dollar bought 175 Rupees. Moreover, the dollar hegemony imposed by the IMF has unleashed rampant inflation throughout the Muslim World, from Morocco to Indonesia, for decades. However, the Messenger of Allah (saw) declared gold and silver as the strong and stable basis for currency. The vast Khilafah ensured stable prices over three continents, for centuries, by issuing the golden Dinar and the silver Dirham for trade, agriculture and industry, as well as for international trade.

Under the American economic order, fuel, gas and electricity is too expensive for us to bear. After privatization of the energy sector, at the insistence of the World Bank, private owners raise costs to ensure profits. As for the IMF, it demands increased taxation and removal of subsidies, to ensure interest repayments on government debt. However, in Islam, fuel, gas and electricity, as well as minerals, are all public property, that are not allowed to be privatized. The Messenger of Allah (saw) said,

Thus, the Khilafah will supervise public property with care and efficiency, providing energy and minerals cheaply, whilst its revenues will be spent on the needs of the public, including healthcare, education, creating opportunities for employment and industrial development. Indeed, the Muslim World is not poor, for it possesses most of the world’s major energy and mineral resources. However, it is only the Khilafah that will fulfil its massive economic potential, unifying the existing Muslim states as a single, hugely resourceful, state.

Under America’s oppressive economic order, Pakistan’s government spends more than half of our collected taxes on interest payments, yet government debt continues to soar. In 2011, government debt was 10 trillion rupees but in 2021, it soared to 40 trillion rupees. This pitiful situation is seen throughout the Muslim World. Muslim states are bled dry, so that debt creditors are paid interest in full, whilst government debt increases rapidly. However, in Islam, interest (riba) is strictly forbidden. Allah (swt) said,

It is the Khilafah alone that will end spending on that which Allah (swt) and His Messenger (saw) forbade, spending only on that which the Deen of Islam commanded. Moreover, through its defiant example, the Khilafah will inspire many of the suffering non-Muslim states to rebel against the usurious, American economic order.

Liberated from America’s crippling economic order, the Khilafah will spend freely on the obligations of our great Deen. Through a policy of restrictions and conditions, the IMF and World Bank makes sure that the Muslim World does not develop significant heavy industry. The colonialist economic order ensures Muslims remain dependent on imports of engines, sophisticated electronics and weapons. However, the Khilafah will ensure that we have a strong industry and powerful military, ending all alliance and dependence on states that make war with Islam and Muslims. Allah (swt) said,

“And prepare against them whatever you are able of power and of steeds of war by which you may terrify the enemy of Allah and your enemies.” [TMQ Surah al-Anfaal 8:60].

Unifying the Muslim World as the world’s most powerful state, the Khilafah will work actively to rid the entire world of the burden of the Western colonialist order.

O Muslims of Pakistan, the Good, the Pure!

As long as rulers of Muslims tie us to America’s economic order, with its guardians the IMF, the World Bank and the FATF regime, we will see no end to misery and humiliation. As long as we are burdened by rulers that turn away from implementing the Deen of Allah (swt), we will only ever know of misery. Allah (swt) said,

“And whoever turns away from My remembrance – indeed, he will have a miserable life.” [TMQ Surah Taha 20:124].

The cause of the misery and humiliation is disobedience of Allah (swt) and His Messenger (saw), whilst its end lies only in our return to the ruling by all that Allah (swt) has revealed. Hizb ut Tahrir/ Wilayah Pakistan calls upon each and every one of you to work for the re-establishment of the Khilafah (Caliphate) on the Method of Prophethood. So respond!

The criminal rulers of Muslims only plunge us into economic misery and humiliation before our enemies, as long as you allow them to. You are the ones that Allah (swt) granted power and strength to both depose and install rulers. It is in the Blessed Sunnah of the Messenger (saw) to demand Nussrah from the people of power, for the establishment of Islamic ruling. Remember the Ansar (ra) on the second day of Aqabah, who granted their Nussrah to the Deen of Allah (saw), turning the tide of history for Islam. Remember the leader of the Ansaar, Sa’ad bin Muadh (ra), whose death shook the Throne of the Most Merciful in honour of his Imaan and his Nussrah. Al-Bukhari narrated from Jabir (ra), that the Prophet (saw) said,

Hizb ut Tahrir, under its Ameer, the eminent and capable statesman and jurist, Sheikh Ata Bin Khalil Abu al-Rashtah, demands your Nussrah for the re-establishment of the Khilafah on the Method of Prophethood. So respond!