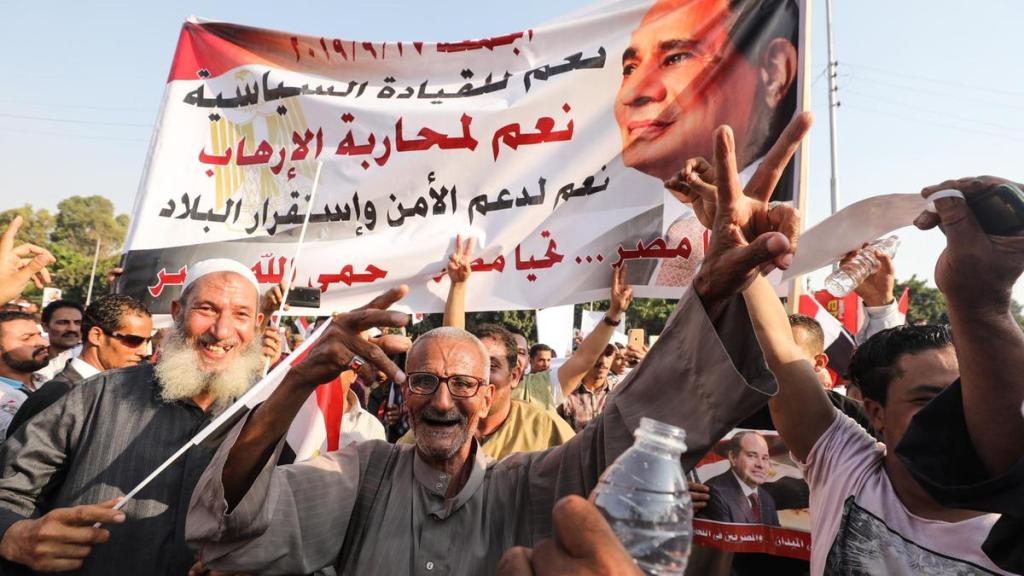 In Cairo, police used tear gas to disperse 1000 people who gathered for a manifestation with a demand of Abdel Fattah as-Sisi’s resignation. Special police squads patrol in capital and other cities in Egypt. (Source: ru.euronews)

After 8 years since revolutionary events which resulted in overthrow of dictator Hosni Mubarak on of the key Arab countries, again the people are involved in mass protests which aim resignation of Abdel Fattah as-Sisi who became reliable substitution for Mubarak.

Against the background that Arabic Spring did not result in victory of Islam today, there is a discussion among Muslims: Whether the events in Tunisia, Egypt, Yemen, other Muslim countries and especially events in Syria are signs of awakening in the Ummah or in contrary, they indicate a deep decline.

When we analyze these events, we should understand that momentary victory of Islam after decades of intrusion of alien non-Islamic ideological enlightenment while being possible but is hard to access in the shade of what we witness today.

As for Egypt particularly it is worse to mention that in July 2013 President Muhammad Mursi (may Allah forgive his sins) from the Muslim Brotherhood was overthrown. This situation was caused by multiple mistakes of the Muslim Brotherhood, which did not take advantage from the chance they possessed to start implementing the whole Islamic Shariah on a state level in Egypt. Instead of implementing Islam, they started making advances to non-Islamic influential forces in Egypt and abroad, making compromises with them. All of this led them to sink in sins and become deprived of the people’s support. When USA realized that the presidency of Mursi became outdated, appointed by Mursi Defense Minister Abdel Fattah as-Sisi overthrew Mursi and Egypt was rolled back to the Hosni Mubarak epoch.

Though after 6 years Muslims in Egypt once again stood up to get rid of tyranny and take back in their hands the right to determine their own future. Maybe someone will say that recent protests in Egypt are directed from abroad or they are not able to result in fundamental changes. Maybe someone will say that results of these mass protests will be again turned against Muslims of Egypt.

The importance in these events and the Arab Spring in general is the fact that the Islamic Ummah definitely arises from its knees. We can also definitely say that today the Islamic Ummah is seeking a path to return its past greatness and world leadership, even though this seeking is done by trial and tests, and even though Muslims are still being caught in traps and deceptions of the colonial powers. We can also definitely say that Muslims will never return to a situation when tyrants for decades tortured Muslim nations being unpunished since they received no opposition except some individuals and few groups.

Therefore, the last events are unprecedented for the final victory for Islam. Despite numerous artificial borders between Muslim countries, the Islamic Ummah today moves as a sole organism across all the Muslim world and returns to itself one of the most important characteristics that is mentioned in the hadiths of Rasulullah ﷺ. Al-Nu’man ibn Bashir reported: The Messenger of Allah, peace and blessings be upon him, said, «مَثَلُ الْمُؤْمِنِينَ فِي تَوَادِّهِمْ وَتَرَاحُمِهِمْ وَتَعَاطُفِهِمْ مَثَلُ الْجَسَدِ إِذَا اشْتَكَى مِنْهُ عُضْوٌ تَدَاعَى لَهُ سَائِرُ الْجَسَدِ بِالسَّهَرِ وَالْحُمَّى» “The parable of the believers in their affection, mercy, and compassion for each other is that of a body. When any limb aches, the whole body reacts with sleeplessness and fever.” (Bukhari, Muslim)

All of these are the heralds of unavoidable victory of the Islamic Ummah in its struggle for return of its past greatness, progress and glory.