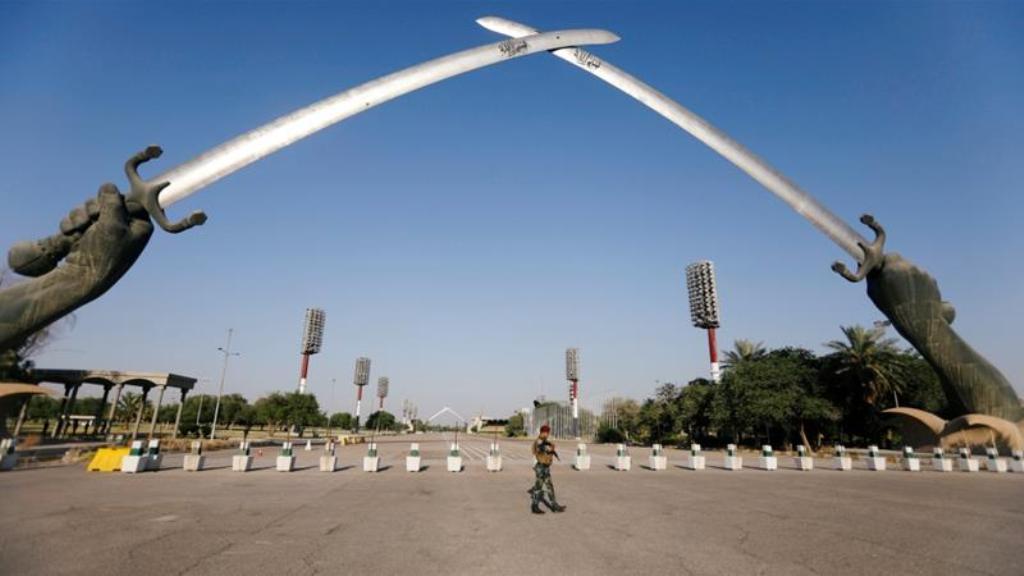 The politicized media seeks to surround the first rounds of the alleged dialogue with an aura of glorification, and to invent victories and spoils that are not real. This is because what is happening is nothing more than orders dictated by a victorious party over another defeated which has no power but to submit … unlike what Al-Kadhimi is trying to market it as a keen interest in preserving “sovereignty!”; already violated of the occupied Iraq! And lies spread by a disbelieving enemy that destroyed the country and humiliated people along the same lines, such as preserving its territorial integrity, not seeking to establish permanent bases in it, promises to solve economic crises, financial support that we see no impact of which, and returning the displaced people whose homes were destroyed by his demons, and forgot or feigned forgetting what he ruined at all levels; political, economic and social, since his ill-fated occupation, and ignored his rejection of any exit of his occupying army at the beginning of this year following the killing of his agent Qassem Soleimani at his hand, threatening harsh sanctions that Iraq cannot tolerate, in case it insists on the removal of its aggressive forces.

America is certainly aware that the Iraqi parties represented in Parliament are unable to compel its forces to leave Iraq, because they legally need the votes of Sunni and Kurdish deputies, who see the stay of these forces as necessary. And if their equipped arms tried to move against them militarily, there is no other way but guerrilla warfare, which makes them unable to confront the ISIS if it returns or takes control of parts of the country again, in the absence of the international coalition forces from the scene, thus exposes the Iraqi forces and armed factions to attrition, and then compel Baghdad to return to seek help and international support again.

It must be pointed out to what the statement contained “America’s determination to reduce the number of its forces present in Iraq during the coming months” and then “the dialogue on the status of the remaining forces”, and the Prime Minister Al-Kadhimi’s claim that significant achievements had been made on placing these forces on the path of a full withdrawal, the evacuation of the country of any permanent military bases, and achieving recognition of an earlier decision of the Iraqi parliament in the same direction. All of this is a lie and fabrication, as evidenced by what David Schenker, the Assistant US Secretary of State, explained after the session, that the timetable for the withdrawal of American troops has not been discussed or put forward for negotiation, which means that it is too early to resolve this point in the first session, especially since there is a prior consensus between the White House and the Pentagon to reduce the number of American troops from the current 5,200 to 2,500. (The New York Times).

Thus, the rulers of Muslims continue to deceive their people, subjecting their necks to every Kafir, for love of fleeting worldly possession, and a seat of rule surrounded by humiliation, until Allah Almighty authorizes his victory and the establishment of a divine ruler who takes care of the interests of the Ummah and cuts the hands of the aggressors in the Khilafah Rashidah (rightly-guided Caliphate) state on the method of Prophethood. وَسَيَعْلَمُ الَّذِينَ ظَلَمُوا أَيَّ مُنْقَلَبٍ يَنْقَلِبُونَ “Those who do wrong will come to know by what a (great) reverse they will be overturned!” [26:227]