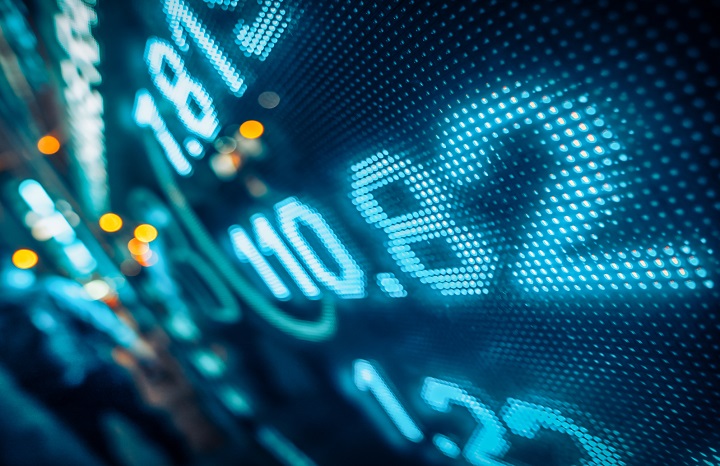 On Tuesday evening, Fitch raised its expectations for Jordan’s credit rating to stable from negative, and stated, “The revision of the Outlook reflects Jordan’s progress on fiscal consolidation and the post-pandemic economic recovery.” Yesterday, the Jordanian Minister of Finance, Muhammad Al-Ississ, said in this regard: Fitch’s upgrading of the Kingdom’s credit rating outlook reflects the strength of its fiscal policies and shows that difficult structural reforms supported by the International Monetary Fund will succeed.

These statements contradict the economic reality of Jordan, which is no longer hidden from the general public of Jordan, let alone those with economic expertise. In the face of this misinformation, we find it necessary to clarify the truth of this misleading classification and the statements of the Minister of Finance of the regime in Jordan. In the context of the colonial control over Jordan’s capabilities and wealth, which is ultimately intended to put people in a state of despair and inability to accept the political dictates practiced by the Kafir Western colonial forces. The Jordanian regime accepts and implements them in favor of and empowering the Jewish entity, in the context of American solutions projects to liquidate the Palestine issue, and political and economic control over the country and people in Jordan:

1- The three major credit rating agencies in the world, including Fitch, are American tools that tamper with the economic ratings of countries, individuals and institutions, and help America’s major colonial tool, the International Monetary Fund, so that it serves American interests and controls its economy, especially Islamic countries.

2- The Jordanian economy for more than three decades, i.e. since the start of the IMF reform programs adopted by the regime in Jordan, and it has crossed governments, and it has been in decline and from bad to worse. Poverty suffers from a quarter of the population, unemployment has reached 50%, and indebtedness has reached 50 billion dollars this year, according to the figures of the sinister fund, and the economic growth of investment was negative and is expected to reach 2% this year.

3- The 2022 budget indicates a deficit of 1.7 billion dinars, and that the government intends to borrow an amount of 7 billion dollars, not for investment projects, but rather to bridge the usurious returns and outstanding debts and to bridge the budget deficit.

4- The Jordanian government calculates for misleading and political purposes the indebtedness to the GDP of 85.7% and in fact it amounts to 113% of the GDP, because it does not calculate its debts on the Guarantee Fund, which amount to about 7 billion dollars in indebtedness, which is the people’s money deposited in the guarantee, and it agrees with it in this theft of indebtedness to the IMF.

5- IMF and Fitch praise the improvement of government revenues in combating tax evasion, restructuring the administration of taxes and customs, and reducing government support for the basics of human living, i.e. praising the emptying of people’s pockets and the increase in poverty in other words.

6- Based on the foregoing, how can the Minister of Finance falsely declare that “the difficult structural reforms supported by the International Monetary Fund will succeed”? Why does Fitch Ratings raise Jordan’s rating from negative to stable?

7- This misrepresentation in Fitch’s assessment, the raising of Jordan’s economic rating, and the Minister of Finance’s continuation of the IMF reforms, cannot be explained except in the context of the announced enabling government of the regime in Jordan to borrow another 7 billion usurious dollars, which of the conditions that enable it to do this is to improve the image of the economic classification and reduce the debt-to-GDP ratio to obtain borrowing facilities and less usury, with the aim of flooding Jordan with debts and eventually bankruptcy and placing its people hostage in the hands of the Kafir Western colonizer. The regime does not care who bears this debt, whether he stays or leaves.

Jordan is part of the Islamic Ummah, and the Ummah’s inexhaustible wealth is the general property of the Muslims and not the property of the ruling regimes. For it was narrated by the Prophet (saw):

«الْمُسْلِمُونَ شُرَكَاءُ فِي ثَلَاثٍ فِي الْكَلَإِ وَالْمَاءِ وَالنَّارِ» “The Muslims are partners in three things: water, pasture and fire, and their price is unlawful.” In order to benefit from this property that the rulers allow and enable the Kafir colonizer from it, it is necessary to work to establish the Khilafah Rashidah (rightly-guided Caliphate) State that will work to implement the economic system in Islam, as it will not pay the colonizer any usurious money or debts that are multiplied by usury. It will eliminate unemployment and poverty, and it will not allow the greedy colonial states to invest in Muslim countries. Rather, the Caliph of Muslims will put every dirham in its place in accordance with the Shariah rulings, knowing that the economic problem is in the distribution of wealth, and not in production, especially in our countries that Allah has endowed with great wealth. To work to establish the Khilafah Rashidah State, we invite you, O Muslims.

“O believers! Fear Allah, and give up outstanding interest if you are ˹true˺ believers * If you do not, then beware of a war with Allah and His Messenger! But if you repent, you may retain your principal—neither inflicting nor suffering harm.” [TMQ Al-Baqarah: 278-279]