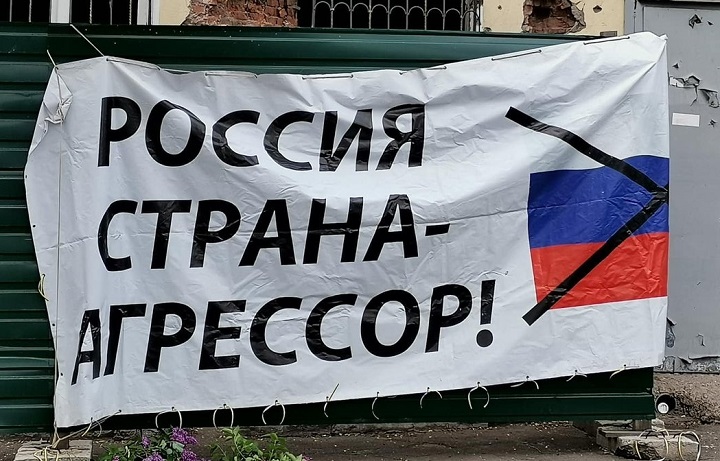 According to journalists from the Lithuanian edition of Delfi, as well as the press service of the local parliament, members of the Lithuanian Seimas unanimously voted in favor of adopting a resolution that recognizes Russia as a terrorist state.

In their decision, it is indicated that Russia, whose armed forces systematically and deliberately select civilian objects for bombing, is a state that commits and supports terrorist acts. The document also notes that forced displacement, that is, the deportation of Ukrainians to Russia in order to erase their identity, as well as the blockade of settlements, is a manifestation of this criminal activity. It also includes the destruction of historical monuments, books and museums, in order to eradicate “historical and linguistic features of the Ukrainian people.”

The document adopted by the Seimas also states that Lithuania considers Russia’s brutal actions in Ukraine to be “genocide of the Ukrainian people.” As a result, Lithuania calls on the world community represented by the UN, governments of other countries, as well as PACE, the European Parliament, the OSCE Parliamentary Assembly, the NATO Parliamentary Assembly to take into account all of the above and organize an international criminal tribunal to investigate the criminal actions of Russia.

At the same time, the US Senate registered a resolution recognizing Russia as a state sponsor of terrorism. It lists the crimes of the Russian armed forces in Ukraine, the use of mercenaries, and also mentions the wars in Syria and Chechnya.

The text of the registered resolution states that “on the orders of President Putin, the government of the Russian Federation participated in a campaign of terror, using brute force against civilians during the second Chechen war.” “Countless innocent men, women and children have been killed or injured as a result of the actions of the government of the Russian Federation against civilian centers such as Grozny, the capital of Chechnya,” the document says.

The document also mentions the activities of Russian mercenaries from the Wagner PMC in Syria, Libya, Sudan, and Ukraine, as well as their participation in an attempt to eliminate Ukrainian President Zelenskyy.

The authors of the document are Senators Richard Blumenthal and Lindsey Graham. “Even before the start of the war against Ukraine, Russia sponsored terrorism,” Blumenthal told Voice of America.

“For 20 years, Putin has avoided the responsibility for the killings,” said Lindsey Graham. He stressed that if the US Congress decides on additional support for Ukraine in the form of recognizing Russia as a state sponsor of terrorism, this would be “the strongest signal that Putin as the leader of Russia is no longer considered legitimate.”

These actions of the West in relation to Russia are a clear hypocrisy. After all, it is well known that the United States itself was behind Russia’s invasion of Syria, and Putin’s hands suppressed the desire of the Syrian people to overthrow the tyrant and bloody dictator who had lost all legitimacy and retained his power at the expense of mercenaries and external forces – the terrorist Bashar al-Assad. America itself is a terrorist state to an even greater extent than Russia, it brought dictators to power through artificial bloody coups, then, in the same way, changed one objectionable or lost influence tyrant to another. Somewhere it did this through a direct and obvious invasion, and somewhere by proxy: “saddling” another popular revolution, or demanding the introduction of troops from another state, as was the case in Syria with Russia and Turkey, promising them something in return their dirty work. America forced Russia to enter Syria by promising it to turn a blind eye to the annexation of the Crimea and enticing it with a share of the booty from the colonization of Syria. America turned a blind eye to Russia’s crimes in Chechnya and Syria as long as it was to its advantage.

Allah (swt) said in the Quran: