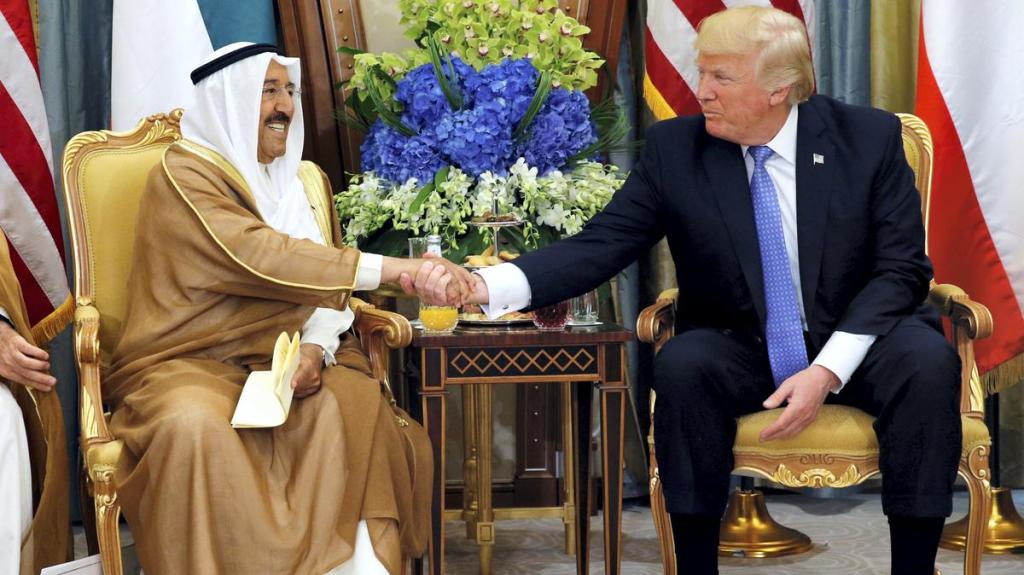 Sheikh Sabah Al Ahmad Al Sabah, the ruler of Kuwait passed away on 29th September 2020 at the age of 91 when undergoing treatment in the U.S. His death was received with condolences from leaders all over the world including the U.S and Israel. He was known famously as the “wise man of the region” by his Arab counterparts. [1] [2]

The House of Al-Sabah has been the rulers of Kuwait since the 18th century. The British prior to the World War I signed the Anglo-Ottoman Convention in 1913 to loosen the grip of the Uthmani Khilafah (Ottoman Caliphate) over the region of Kuwait which eventually led to the formation of the Kuwaiti nation state. The Uqair Protocol (1922) imposed by Percy Cox, the British High Commissioner to Iraq, defined the borders of the modern-day Kuwait and settled the border disputes between neighbouring Iraq and Najd. The House of Al-Sabah has been serving the British interests since formation of the state of Kuwait. When America emerged as a super-power post World War II, it tried to influence the region and gain access to the Iraqi oil. The Gulf War (1991) in which Kuwait was threatened with annexation by Saddam Hussein in served as a pretext for America to gain control of this region from Britain under the guise of liberation of Kuwait.

With the above context in mind, the role of the House of Al-Sabah and its alliance with the enemies of Islam can be understood. Sheikh Sabah served in favor of these interests and policies of the foreign powers. It is no surprise that Sheikh Sabah, just a week before his death, has been awarded the Legion of Merit by Donald Trump in recognition of the role he played in the Middle East and the world [3]. This loyalty of Sheikh Sabah and House of Al-Sabah is what made Trump comment recently that Kuwait would follow Bahrain in the normalisation with ‘Israel’.

The House of Al-Sabah along with the current Arab tyrants are partners in the crime of treachery against the Ummah. They allied with the British against the Uthmani Khilafah and allied with them to kill and bomb the innocent Muslims of Iraq, Yemen and Syria. O Muslims! Wisdom lies in adherence to the Shariah and abandoning the alliance with the enemies of Islam, so dear brothers, reject the treacherous ones and support the wise and sincere ones who call for the establishment of the Hukm of Allah (swt) on the earth through the establishment of the righteous Khilafah! One of the great Tabi’een, Ibrahim Nakhai (rah), when he received the news of the death of Hajjaj bin Yusuf, cried out of happiness. Hajjaj bin Yusuf did not implement kufr laws, nor did he ally with the Kuffar. If such was the response on the death of Hajjaj by the best of generations, then what would be the response for the one who allied with the Kuffar and implemented the laws of Taghut.

“O you who believe! Take not the Jews and the Christians as Auliya’ (friends, protectors, helpers, etc.), they are but Auliya’ to one another. And if any amongst you takes them as Auliya’, then surely he is one of them. Verily, Allah guides not those people who are the Zalimun (polytheists and wrong-doers and unjust).” [5:51]