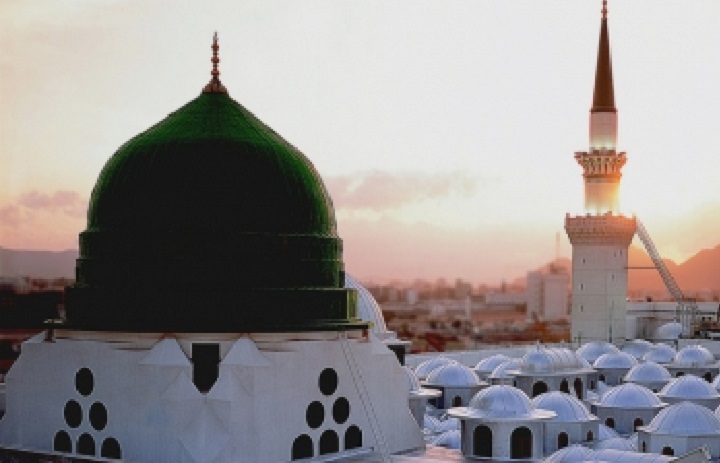 In the period of the Second Khaleefah Rashid, Umar (ra) al-Farooq, the Great Companions (ra) selected the start of the Islamic calendar as the year that the Islamic State was established in al-Madinah al-Munawarrah, after the Hijrah of the Messenger of Allah (saw). Indeed, after the Prophetic Hijrah to Madinah, the Arabs of Jahilliyah witnessed the defeat of shirk and the rise of the greatness, glory and dominance of Islam as an authority, when Muslim armies heeded the order to wage Jihad and carry the Message of Islam to the entire world. With a sincere commitment to Jihad, the Islamic State expanded all over the world, overthrowing centuries’-old oppressive empires, whilst legions of people embraced Islam, one after another, laying the foundations of the vast and varied Ummah that exists today. However, today the Islamic year is beginning at a time when today’s Raja Dahir, Modi, is stomping on the necks of the Muslims of Kashmir with military boots, whilst the Bajwa-Imran government is meekly sounding horns of solidarity with Kashmir, whilst restraining our highly-trained, willing troops from an organized Jihad in the Path of Allah (swt) to liberate Occupied Kashmir.

As for the first month of the Islamic calendar, Muharram al-Haraam, it is the month in which the blessed members of the family (ra) of the Prophet (saw) willingly extended their necks under the edges of swords, to prevent the usurping of the Islamic authority, for none is to be appointed to ruling over Muslims, without the legitimate Bay’ah, given with choice and consent. Indeed, the great sacrifice of the family (ra) of the Prophet (saw) drew a red line, in pure Muslim blood, to prevent the Khilafah from ever becoming a monarchy. However, today, in the sacred month of Muharram, one hundred Hijri years after the destruction of the Khilafah, instead of a single Khaleefah for all Muslims being contracted by a legitimate Bayah, with choice and consent, the Muslims are divided and afflicted by around sixty oppressive colonialist agents, who have usurped authority over the Muslims. These rulers may have passports linked to Islamic Lands, but their hearts and minds are tied to Washington, London, Paris or Moscow. Not one of these rulers was appointed by the Islamic Ummah upon its Bayah, such that they must implement the Law of Allah (swt), whilst the Ummah must obey them. Instead, these rulers are imposed upon the Ummah by Washington, London, Paris or Moscow to rule as their viceroys. These rulers ignore all that Allah (swt) has revealed, whilst ruling according to the false concepts of capitalist democracy and the Western liberal world order. These rulers that serve the colonialist states, securing their political, military, economic and strategic interests. It is these rulers that shower the wealth of the Ummah upon the colonialist economies, whilst obstructing the Muslims from eradicating the colonialist Raj.

O Muslims of Pakistan and their Men of Nussrah in Particular! The beginning of the new Hijri year in Muharram is a reminder that the great civilization of Muslims is marked by the establishment of the Islamic State in Madinah, after the people of power granted their Nussrah, to secure the ruling by all that Allah (swt) has revealed. It was the military commanders of the Ansar (ra) that granted their Nussrah, in their pursuit of the pleasure of Allah (swt), who first gained the honor of raising the Muslims to dominance. O Pakistan’s Armed Forces! The new Islamic year reminds us of the Hijrah, after the military commanders (ra) of Aws and Khazraj granted their Nussrah to the Prophet (saw) in the Second Pledge of Aqabah. It is mentioned in the Seerah that when the people of Nussrah asked, فَمَا لَنَا بِذَلِكَ يَا رَسُولَ اللّهِ إنْ نَحْنُ وَفّيْنَا (بِذَلِكَ) “So what is in it for us, O Messenger of Allah (saw), if we comply (with this),” he (saw) simply replied, «الْجَنّةُ» “Heaven”. So come forwards O progeny of the noble military commanders of the Ansaar (ra), grant your Nussrah for the re-establishment of the Khilafah (Caliphate) on the Method of Prophethood, so that our Lord (swt) is pleased with you and enters you into His Jannah, the most blessed of destinations, an eternal abode of bliss.