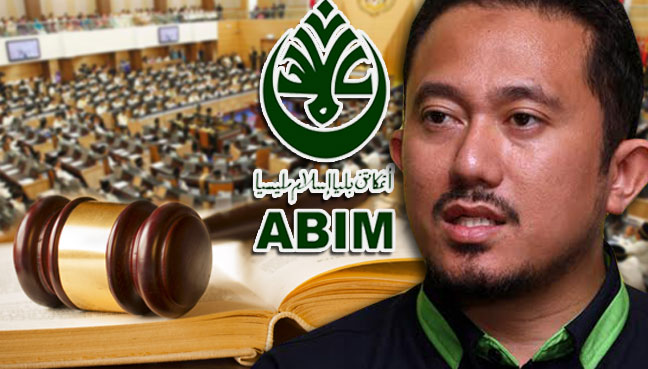 The success of the opposition pact, Pakatan Harapan, in ousting the Barisan National government in the 14th General Election of Malaysia have undoubtedly impacted the minds of Malaysians in their thoughts concerning democracy. Claims that Malaysia has now become a matured democratic nation reverberate constantly in the media. Salutes abound for Malaysians in that through the democratic process, the people of the nation managed to drive a peaceful and orderly transition of government. The change, described as ‘the people’s tsunami’, have also spawned worries in this multiracial country. One of the worries among the Muslim population of Malaysia is the proliferation of the ideas of liberalism under the opposition rule. Muslims worry that numerous liberal ideas which run contrary to the rules of Islam are beginning to surface and the opposition’s promise to honour freedom of speech would make matters worse. This worry is certainly justified when one scrutinizes liberal ideas which contradict the Islamic faith in terms of attacks on its aqidah, such as the idea of religious pluralisme. However, one will certainly be surprised to know that in reality, Malaysians are already drowned in liberalism from the very beginning – one of which is political liberalism.

An illustration of how Malaysians are already drowned in liberalism can be heard in a recent interview at Business FM (BFM) 89.9 Mhz on 12/06/2018 which can be accessed at https://www.bfm.my/bg-zainah-anwar-mohd-raimi-abdul-rahim-islam-in-malaysia-an-evolving-conversation. The President of the Muslim Youth Movement of Malaysia (ABIM), Mohamad Raimi Ab Rahim, had been asked concerning the emergence of groups such as Hizb ut Tahrir and its call to the Khilafah (Caliphate). In his answer, he mentioned that because of the frustrations of the younger generations, Hizb ut Tahrir emerged and they started to leave the ballot box and ‘go for bullets’. Democracy have so permeated the thoughts of many Muslims such that even the president of an Islamic movement found it natural that democracy is by default the only viable machinery for running a government – any other governing systems must, by default, be atrocious in nature. What is absent in the minds of many Muslims today is the fact democracy is a system where the role of Allah (swt) as a Lawmaker is replaced with the thoughts of man. Man assumes the right to make laws and the sphere of Islam as a Deen is radically confined. What is also missing is the minds of many Muslims is the fact that democracy is a kufr Western-made system and it is haram for Muslims to call for it, to adopt it, to implement it and to spread it. Many Muslims confuse the process of election as the essence of democracy and view it as an embodiment of the system. Worse, many have the view that other means of changing the government must involve violence. It is unfortunate that many have forgotten the sunnah of Rasulullah ﷺ in establishing the Islamic State in Madinah. In less than 100 years, many within the Muslim Ummah have been made to forget the Khilafah – the obligatory Islamic State that was established on the footsteps of Rasulullah ﷺ and sustained by Muslims for over 1300 years! Change as instigated by Rasulullah ﷺ in establishing the rule of Islam in Madinah did not involve any ‘democratic elections’, nor did it involve bloodshed. Rasulullah ﷺ achieved transformation by changing the hearts and minds of the people to Islam and gaining their support in establishing a political rule. This change was brought about by an intellectual struggle and the activities of nusrah. Contrary to the erroneous perception of many, including the president of ABIM, Hizb ut Tahrir does not wage a physical war to achieve change. Hizb ut Tahrir wages an ‘intellectual war’ to change the Ummah and it has been working to revive the Ummah from the severe decline that we are witnessing today and to liberate her from the thoughts, systems and laws of kufr, as well as the domination and influence of the kufr powers. Hizb ut Tahrir aims to restore the Righteous Khilafah on the method of Prophethood, so that the ruling by what Allah (swt) has revealed can be realized in its entirety and the Muslim Ummah will be united under one single political umbrella as she had been in the past.

Liberalism must be understood to cover all aspects of life – religious, politics, economics, social etc. Our worry should also cover all these aspects of liberalism. We have to be cognizant of the fact that we are already drowned in liberalism and it is our responsibility to rise and free ourselves from all these diabolical precepts and establish Islam as the only fuel to all our endeavours and the only solution to all our problems.