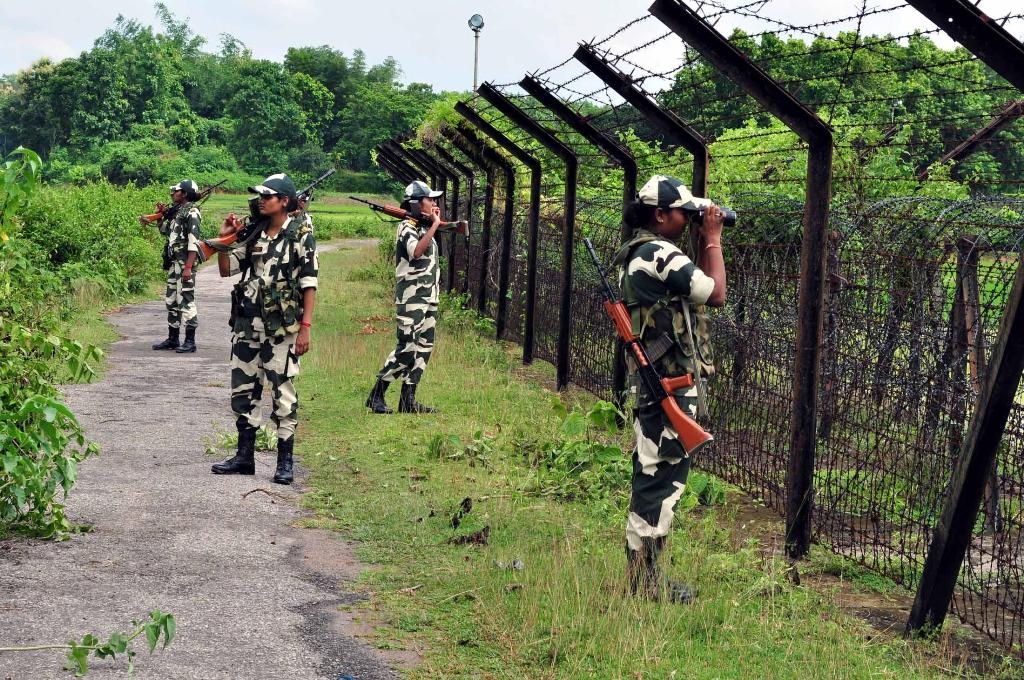 Two unarmed citizens of Bangladesh including a woman have been killed by the Indian border guard mercenaries a few days after Sheikh Hasina signed several treaties with India, on 17th December 17, describing her as Bangladesh’s ‘true friend’! Just only in this month, Bangladesh witnessed the highest number of border killings by the Indian Border Security Force (BSF) at a time when the director generals of border forces of the two countries met at a five-day conference from December 22 where the top agenda is to stop border killing by BSF. Even this ‘true friend’ of Hasina killed one of our civilians at the Lalmonirhat border a few hours before Hasina signed seven agreements with India last week. And when asked about this border killing during the press briefing of this agreement ceremony, Bangladesh’s shameless Foreign Minister Abdul Momen rather defended India, blaming our own people! Acting like a spokesperson of India, he told the news media that BSF killings take place due to the shooting of armed criminal businessmen of Bangladesh inside Indian territory! Unfortunately, we are being ruled by some treacherous leaders who speak along the lines of our enemies to blame the victims (“Bangladeshi woman killed during illegal immigration attempt: BSF”, The Hindu, December 22, 2020).

It is evident that Hasina government never cares about people’s lives; so we see such traitorous stance against India’s unabated border killing and aggression. Rather, to remain in power by implementing the Kafir Colonialists’ regional agenda, this government has kept on surrendering Bangladesh’s sovereignty and strategic resources to India by means of so-called bilateral pacts and treaties one after another. India has already got access to our strategic and energy sectors like ports, power and defense through these suicidal treaties. Moreover, there is no sign of the promised economic growth in case of Bangladesh resulting from the previous connectivity treaties with India. Rather bilateral trade deficit with India was USD 7.35 billion in the fiscal year 2019, and has been on a steady rise. Yet Hasina and Modi jointly inaugurated the Chilhati-Haldibari rail link between India and Bangladesh claiming that this network would support the growth in regional trade and development of the region. In reality, these bilateral agreements favor nothing but India’s economic and geopolitical interests, and Hasina government is collaborating with our avowed enemy India actively. Amid increasing border killing by India, the betrayal of our treacherous rulers with these deals and pacts knows no bound. Moreover, when India has been playing with the livelihood of the people of Bangladesh regarding Teesta River water sharing deal with false promises every time before any agreement signing, the traitorous Hasina government has allowed India to withdraw 1.82 cusecs of water from the Feni River! Now when asked for comments on India’s empty promises on the pending Teesta treaty, the spineless Foreign Minister Abul Momen unashamedly told the press before this virtual summit that their government does not want to embarrass India by raising the same issue all the time!

O Muslims! All the secular regimes including Hasina Government are imposed on us by the Kafir colonialists to safeguard their interests and forward their geopolitical agenda. So, these secular rulers naturally enjoy limitless power to interfere with the affairs of the people under this godless secular system. Neither have they cared for the wrath of Allah nor for the humanity. They only pursue their narrow material interest at the cost of our sovereignty. You have witnessed how their colonial masters throw them away when they become useless. But they have kept this evil secular system alive to keep producing the treacherous rulers to act on their behalf by keeping the Ummah in misery. RasulAllah ﷺ told us about these treacherous leaders, «مَا مِنْ عَبْدٍ يَسْتَرْعِيهِ اللَّهُ رَعِيَّةً يَمُوتُ يَوْمَ يَمُوتُ وَهُوَ غَاشٌّ لِرَعِيَّتِهِ إِلَّا حَرَّمَ اللَّهُ عَلَيْهِ الْجَنَّةَ» “If Allah appointed anyone ruler over a people and he died while he was still treacherous to his people, Allah would forbid his entry into Paradise” [Muslim].

Dear Muslims! RasulAllah ﷺ gave us the glad tidings of the return of Khilafah Rashidah (rightly guided Caliphate) that will not only look after the affairs of the people brilliantly but will also gain upper hand over the belligerent enemies by using our strategic and vital natural resources. Therefore, you have a very clear obligation to unify on the political struggle of Hizb ut Tahrir to uproot this rotten secular system and its illegitimate rulers and bring back the Khilafah Rashidah on the methodology of the Prophethood, about which RasulAllah ﷺ promised us: «ثُمَّ تَكُونُ خِلَافَةٌ عَلَى مِنْهَاجِ النُّبُوَّةِ» “…then there will be Khilafah on the way of the Prophethood” [Musnad Ahmad].