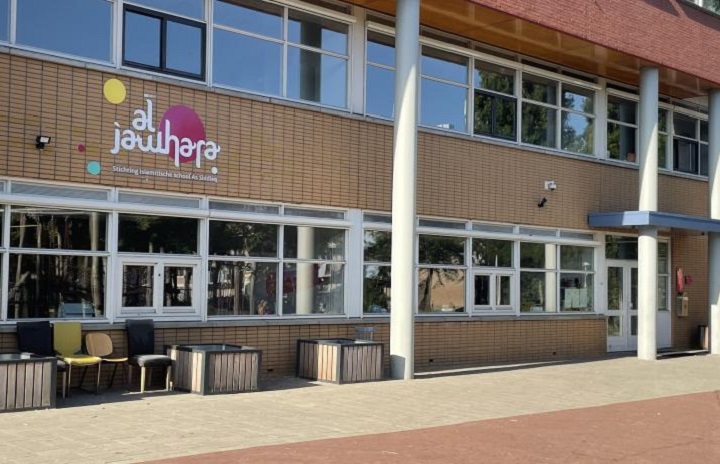 The government has agreed to a plan that Education Minister Dennis Wiersma wants to effectuate upon Quran schools, weekend schools and other places in which ‘informal education’ is given. The justification from the Ministry for this discriminatory plan in which Muslims are singled out is that within the informal education there have been alleged cases of activities that are ‘counter-integrational, antidemocratic against the rule of law.’

The action plan of the Dutch government to interfere in the official religious education and private sphere of the Muslims shows that we are in an advanced stage of assimilation politics. After official schools with an Islamic signature like Ibn Ghaldoun in Rotterdam, Cornelius Haga Lyceum in Amsterdam and the Islamic As-Siddieq Schools were harshly dealt with, the time has now come for unofficial Quranic educational institutions.

The starting signal to deal with informal Islamic education in Quranic schools in mosques and within homes was given a few years ago when the General Intelligence and Security Service (AIVD) warned in its annual report against ‘radical Islamic preachers’ and their influence on Muslim children who follow Arabic lessons or Quranic education. According to the report, after-school or extracurricular activities in mosques or community centers are possible breeding grounds for ‘jihadism’ in which children are raised to be potential terrorists, said Dick Schoof, Director-General of the AIVD.

Yes, you read it correctly, Muslim children that learn to read Quran are being categorized as potential terrorists! The government follows this train of thought and portrays Quran schools as being a threat. By doing so, Islamic education is, very selectively, made out to be a danger. Therefore, the government uses charged and tendentious terms when it speaks about Islam and the issues of the Muslim community as it uses terms like for example: ‘counter-integrational, antidemocratic against the rule of law.’ Thereby equating danger to counter-integrational and antidemocratic.

While being counter-integrational and antidemocratic has nothing to do with danger or undermining society. One could be against integration/assimilation because one wants to maintain their own identity and is not convinced by the foundations of democratic teachings without posing a threat. Moreover, preserving identity and belief in an ideology has to do with ideas and convictions. These can never be forced upon. Essentially, they are making assimilation and embracing the democratic way of thinking, as a condition for co-existence. Then what is the point of the so-called freedom of speech, freedom of education and religion, if one does not accept those who think differently and forces him to change?

The goal of this propaganda is to try and change the way of thinking of Muslims. One of the methods used by the government is to present a frame of mind in which Muslims are free to think. For example, the premise that holding counter-integrational and antidemocratic viewpoints equals danger and an unwillingness to co-exist. This is absolutely false. We should therefore discuss this issue in the correct manner by condemning the falseness of this premise, by refusing to accept the boundaries which they have presented us. We as a Muslim community should be vigilant of the cunning ways of the assimilation policy. Upholding our identity and convictions means that we should take a firm stance, regardless of what they might think of as Muslims.