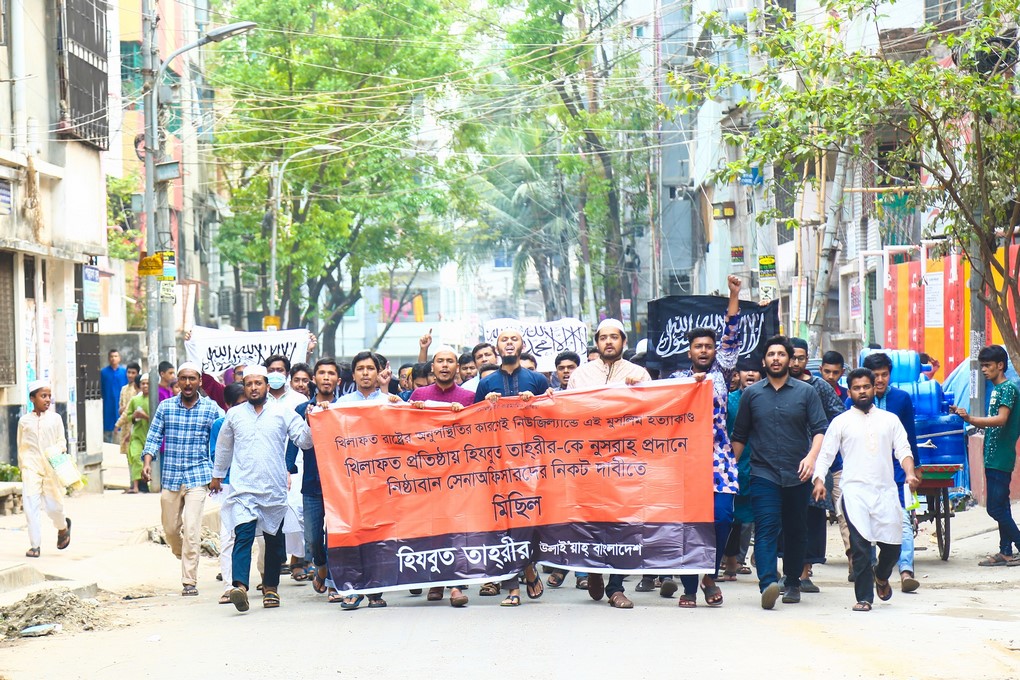 The support for the comprehensive implementation of Islam through the establishment of the Khilafah (Caliphate) is rising across the world Alhamdulillah. This is a positive point to reflect on as Muslims in this month of Rajab that marks the loss of the Khilafah over 9 decades ago. Over the past decades, Muslims across the world have begun to reject the Western system that has been imposed on them, and realise that in order to truly succeed in this world and the next, the Khilafah must be re-stablished.

These are some of the statistics that reflect this growing trend of support for the establishment of the Islamic system of governance:

The Centre for Strategic Studies at the University of Jordan published a survey entitled, “Revisiting the Arab Street” in which they interviewed numerous population samples (national representative sample, university students, media elites and business elites) in Egypt, Jordan, Syria, Palestine and Lebanon. The report was based on interviews conducted between March and June of 2004. The report stated that the vast majority of respondents across Egypt, Jordan, Palestine, Syria and Lebanon believed that Shariah should be a source of legislation, with a strong majority in many of the countries stating that it should be the only source. It also stated that Arabs believe that their societal values stand in sharp contrast to the West, and that they associate Western societies with liberalism, individual liberty and democracy as well as with increased levels of societal problems.

This report by the University of Maryland entitled, “Muslim Public Opinion on US Policy”, found strong support for establishing a single Islamic state and the keeping out of western values. The report states, “Most respondents express strong support for expanding the role of Islam in their countries… Large majorities in most countries support the goals of requiring a strict application of Sharia, keeping out Western values, and even unifying all Islamic countries into a single Islamic state.”

3- An article in the Independent, published in 2015 revealed that countries where Islam was favored in law had the strongest backing for Shariah law becoming the official law of the country.

This survey found that overwhelming majorities in many Muslim countries supported the fact that Shariah should be the official law of their land:

In a survey conducted by the Pew Research Centre in 2017, they interviewed Muslims in 39 different countries, focusing on whether Muslims wanted Shariah law to be the official law in their country. The results mirrored those in their 2013 survey cited above: