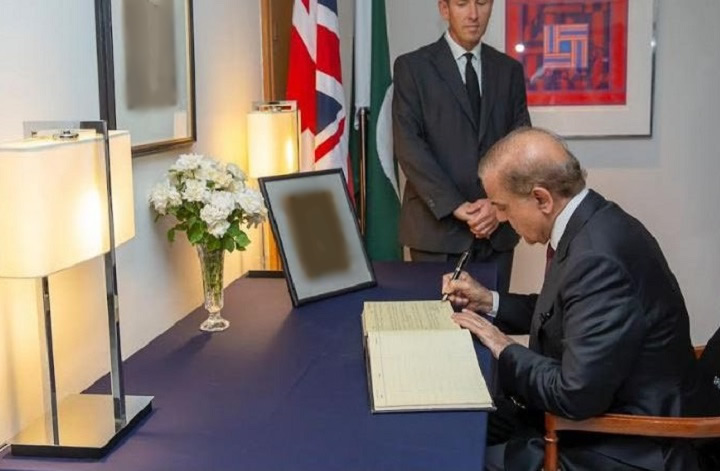 Pakistan’s Prime Minister, Shehbaz Sharif, wrote on his official Twitter handle on 8 September 2022, “Deeply grieved at the passing of Her Majesty Queen Elizabeth II. Pakistan joins the UK & other Commonwealth nations in mourning her death.” The rulers of the Muslim World, amongst the Arabs and non-Arabs, have declared deep grief at the passing of the Queen of Britain, as if a righteous Khaleefah has passed, ruling by justice and granting humankind a compassionate leadership. Before the Muslim masses share in the mourning of the rulers, the reality of the British aristocracy, including its leadership, the British royal family, must be carefully considered.

It is the British aristocracy that continuously steers the affairs of colonialist power, Britain, through an elaborate network of influence. The influence of the British aristocracy extends well beyond the Whitehall Papers, prepared by Cabinet Office lawyers, that reveal that parliamentary bills are subject to the most senior royals’ power to consent to or block new laws. The British aristocracy maintains influence through platforms such as the House of Lords, the House of Commons, the Cabinet Office, the Church of England, the City of London, Whitehall, the Secret Intelligence Service (MI6), Sandhurst and Oxbridge.

The British aristocracy is a contributing architect of the colonialist economic order today, that has plunged most of the world into severe debt, so that Western investors in loans, can benefit from interest payments. Its captains of industry exploit the rich resources and abundant labor in the Muslim World, including the Gulf region and extending well beyond it, whilst jealously preventing its industrial development. Its intelligence foments trouble within regions of the Islamic Ummah, using the political and military agents it has recruited, in institutions such as Oxbridge and Sandhurst. Indeed, these agents are the ones who work according to the pattern of Lawrence of Arabia, to manipulate natives in far flung places, for the Crown.

As for the rulers of Pakistan, they speak as if they are living in Windsor, rather than from the Indian Subcontinent, which is a scene of the crimes of the British aristocracy, over three centuries. Under Islam, before the British invasion, the Indian Subcontinent’s share of the world economy was 23 per cent, as large as all of Europe put together, rising to 27 per cent in 1700, in the time of Aurangzeb Alamgir. After the occupation by the British, it plummeted to less than 4%, with hundreds of thousands suffering in famine. The British looted the region for 173 years, seizing the modern day equivalent of 45 trillion dollars!

Indeed, the Muslims must recognize the British aristocracy for what it is and respond to the death of its monarch accordingly. In an era of Britain’s much declined state in the world, it is an ideal opportunity for the Muslim World to escape the chains of persisting British ties, including its Commonwealth and its trap of military and economic chains. The Muslims must now deal with the rulers of Muslims as they are, admirers and agents of colonialism. And the Muslims must work to re-establish their Deen, as a Khilafah (Caliphate) on the Method of Prophethood, so that the world can finally be relieved of the tyranny of American and European colonialism. At that time the world will no longer mourn the passing of war criminals and tyrants. Allah (swt) said,

“Neither heaven nor earth wept over them, nor was their fate delayed.” [TMQ Surah Ad-Dhukan 44:29].