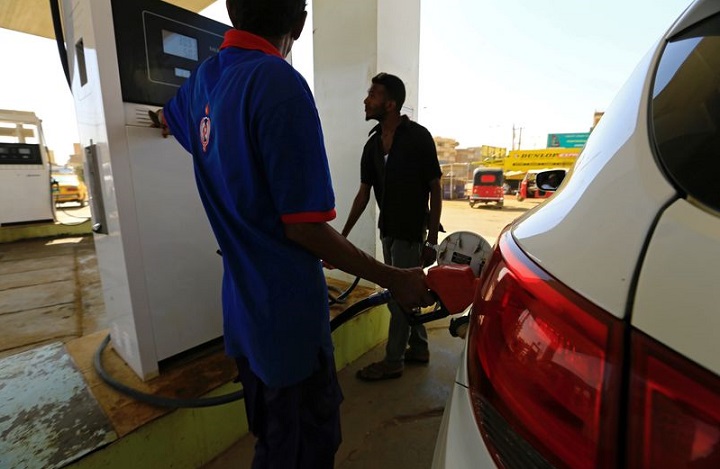 We in Hizb ut Tahrir / Wilayah of Sudan affirm the following facts:

First: Sudan, as recognized by the government itself, produces more than 58 percent of petrol, and more than 40 percent of gasoline. Then they sell it to us at the prices it calls global, and at the price of the dollar that crushed the Sudanese pound and made it to the bottom because of the government’s disastrous policies of the International Monetary Fund.

Second: The locally produced petroleum is not the property of the state, rather it is a public property, and it is one of the third type of property that the Shariah made ownership of the Muslim community, and it is the countable minerals that do not run out, that is, they are unlimited in quantity and that cannot be exhausted like oil, and the evidence that the oil is a public property and it is not permissible for it to be owned individually, what was narrated by Al-Tirmidhi on the authority of Abyad bin Hamal:

“that he visited the Messenger of Allah who asked him to set aside a reserve of salt (mine). So he reserved it for him. As he was turning away, a man in the gathering said: “Do you know what you reserved for him? You merely reserved stagnant (countable) water for him.” He (Shumair) said: “So he took it away from him.”

Therefore, it is not permissible for the state to own oil and minerals that are uninterrupted for individuals or companies, and its mission is to extract this oil for the benefit of the people and not for its own interest, nor for the interest of capitalist companies, as is the case today.

Thus, it appears that the state is stealing our right to oil, and despite that, it increases its prices every week so that it and some companies profit at our expense!

Third: Even the fuel that is imported by companies, the state raises its price with taxes that exceed 25% of the price of fuel and by its own admission, and this is forbidden because it is an indirect tax that increases prices. And he (saw) forbade adding to the prices for Muslims, so he (saw) said:

“Whoever adds to some of the prices of Muslims to increase the price on them, then it is a  right upon Allah the Al-Mighty to sit him down by the fire on the Day of Resurrection.”

Fourth: The rise in fuel prices (petrol and gasoline) automatically causes all the prices of goods and services to rise, and this is what is happening these days of a crazy rise in prices, and a successive decline in the value of the Sudanese pound, which made life an unbearable hell.

In conclusion, we say to our people in Sudan, that what has brought us to this state of high cost of living and its hardship is the distance from the approach of Allah Almighty, and the adoption of the methods of the Kuffar in politics, economics, and other things, and our lives will not be comfortable unless we return to our Lord, and work with the sincere sons of this Ummah to establish a state right and justice; the Khilafah Rashidah (second Rightly-Guided Caliphate) upon the method of the Prophethood that makes life tied to the firm rope of Allah (swt), and restores, the rulings of the Lord of the Worlds, our stolen right.

“O believers! Respond to Allah and His Messenger when he calls you to that which gives you life” [Al-Anfal: 24]