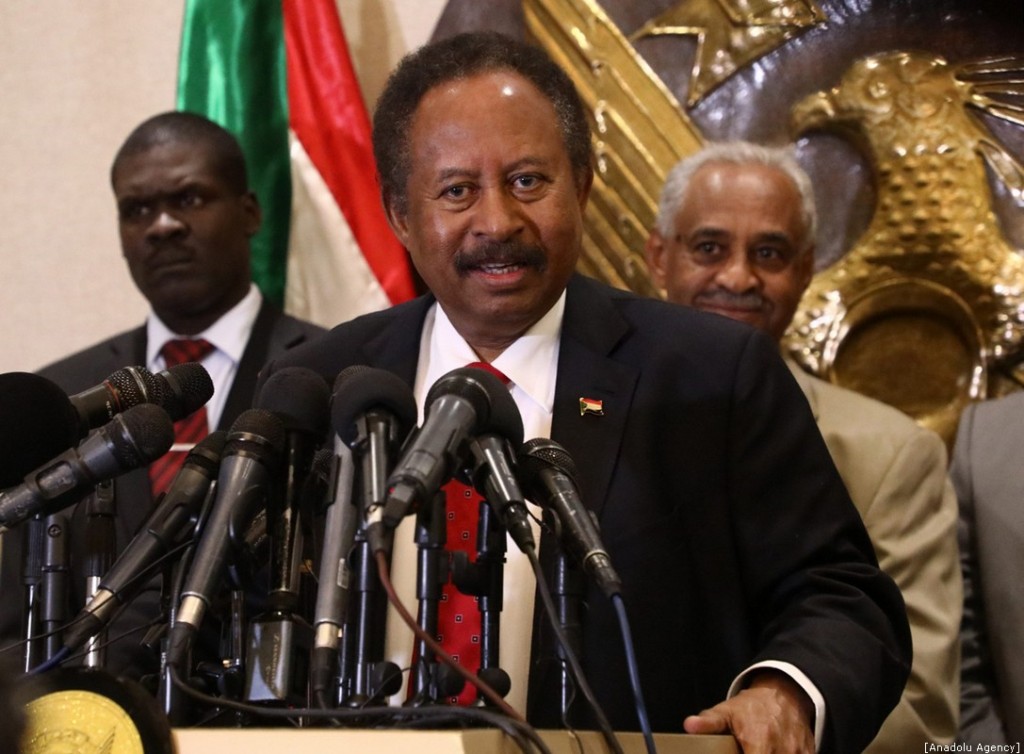 The Friends of Sudan Conference will be convened today, Thursday, 7/5/2020, via video conferencing, after the outbreak of the Coronavirus pandemic prevented it to take place as planned, on 23/04/2020, and according to a statement of the Sudanese Cabinet, Prime Minister Abdullah Hamdock, discussed by phone, Tuesday 5/5/2020, with French Foreign Minister Jean-Yves Le Drian, the preparation for an upcoming conference.

Although we, in Hizb ut Tahrir / Wilayah of Sudan, have indicated that the so-called friends of Sudan are not rightly named, as they are not friends, but they are the enemies of Sudan, and they will not do good for Sudan, but rather they are basically looking for the interests of their countries. So, despite the truthfulness of what we said, and the procrastination of this group that has been proven in practice, the transitional government in Sudan is still gasping behind their mirage, after it fulfilled most of their conditions, and went a long way in implementing the prescription of the International Monetary Fund, of the so-called lifting of subsidies. So the government raised the prices of bread, medicine, petrol, gasoline, and cooking gas, exploiting the Coronavirus pandemic, and the presence of people in their homes.

We confirm once again that the so-called Friends of Sudan will not offer anything to Sudan, and we mention in this regard what the Minister of State in the Norwegian Foreign Ministry said when addressing the meeting of the Friends of Sudan Group, which took place in Khartoum on 12/12/2020, where Marian Hagan, called on Sudan not to rely on external resources. Our conviction, that the so-called friends of Sudan are nothing but the enemies of Sudan, as they are colonial disbelievers, comes from a firm unwavering doctrine, in truthfulness of the Almighty’s saying: مَّا يَوَدُّ الَّذِينَ كَفَرُوا مِنْ أَهْلِ الْكِتَابِ وَلَا الْمُشْرِكِينَ أَن يُنَزَّلَ عَلَيْكُم مِّنْ خَيْرٍ مِّن رَّبِّكُمْ وَاللَّهُ يَخْتَصُّ بِرَحْمَتِهِ مَن يَشَاءُ وَاللَّهُ ذُو الْفَضْلِ الْعَظِيمِ “Neither those who disbelieve from the People of the Scripture nor the polytheists wish that any good should be sent down to you from your Lord. But Allah selects for His mercy whom He wills, and Allah is the possessor of great bounty.” [Al-Baqara: 105].

The meetings will continue to be held and closed, and the conclusion is the promises of Satan, as Allah Almighty said: يَعِدُهُمْ وَيُمَنِّيهِمْ وَمَا يَعِدُهُمُ الشَّيْطَانُ إِلَّا غُرُوراً “Satan promises them and arouses desire in them. But Satan does not promise them except delusion.” [An-Nisa: 120].

Sudan does not need external support, or riba-based loan. It is a country rich in its apparent and underground wealth. Sudan, like other Muslim countries, needs a correct political idea that explodes the nation’s energies and harnesses its capabilities, for the benefit of the Ummah, not for the interest of its enemies, and that will not be, except through an ideological state that makes the creed of the Ummah, the great Islam, the basis for its state, and a beacon for its treatments, and it will only be in the second the Khilafah Rashidah (rightly guided Caliphate) state on the method of the Prophethood. So, O people of Sudan, put your hands in the hands of the Shabab of Hizb ut Tahrir, to eliminate colonialism, is aides and its agents, and establish the state of truth, justice and goodness.