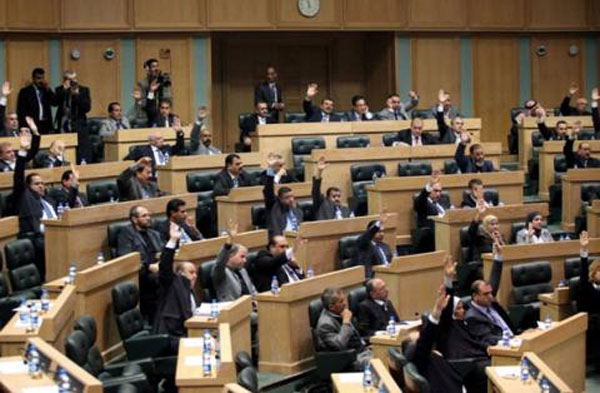 These frequent reshuffles or changes of governments are but a new desperate attempt by the regime to justify its continued failure to take care of people’s affairs and the emergence of successive crises that are evident in the reckless decisions at the political, economic and security levels, which in turn have been reflected in almost never ending crises. Whenever people become frustrated by a crisis or corruption or have exposed political subordination, the regime resorts to the game of changing the chairs and positions, although most of those who are brought, are from the milieu of loyalty and subordination to the system, whether they were in the same positions, or were in other positions and then dismissed due to previous crises, where they are rotated from one location to another. And no harm as long as these governments have nothing but obedience to decorate and beautify the policy of corruption and subordination of the regime to receive the revolutions of people’s wrath on its behalf, all through their adherence to the rotten capitalist system, its foundations and its rulings, and the application of the corrupt Western model, adoring  its civilization and ideas, in a decrepit political milieu which is overtaken by weakness and inability and being heedless by the people of Jordan. The events have also proved that the game of changing the chairs and positions to try to deceive the people and bring them back to their previous time using the same tools and methods, rather the same people sometimes, this game is a failure, for it is stupidity to do the same thing twice in the same manner and the same steps while waiting for different results!

The regime’s escape from the reality of the crisis it is experiencing – the state’s application of the capitalist system and its subordination to external dictates in ruling and politics, its unreserved response to the International Monetary Fund’s recipes, and to hang failure and deficits on governments and people’s pegs – is an attempt to hide facts and to lie to the people. For the problem is the origin of the capitalist system that is applied over the people of Jordan, and no matter how governments tried to lie and change the facts and mislead people with changes and amendments, they will not fix the situation. The problem is not to change ministers, nor to change the names of governments; how many times the government changed its skin to appear in other than its reality as does the snake that changes its skin but remains a snake, because the change was in the forms and people; yet was not a change in the origin of the system, which failed to treat the problems, and led the country to the brink of collapse; imaginary indebtedness, corruption rooted in all aspects and imaginary projects impoverished the country and the people …

The solution is to establish the rule of Allah Almighty; to establish the second Khilafah Rashidah State (rightly guided Caliphate) on the method of the Prophethood that takes care of the affairs of the people by the rulings of Islam, so it applying on them the law of their Lord, and harnessing the goodness of the country in their favor, so it lifts poverty off them and returns to them their dignity and honor.

“But who, for a people whose faith is assured, can give better judgment than Allah?” [Al-Maida: 50]