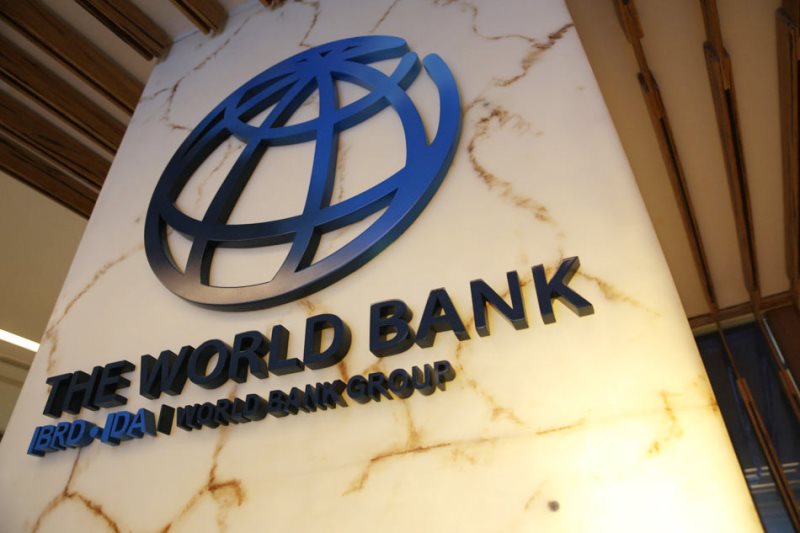 On Saturday, 28/07/2018, a loan agreement between the Tunisian State and the World Bank to finance the budget support program, which will allow the government to obtain 1.280 billion dinars with a RIBA-based interest rate of 0.7% was approved by the Chamber of Deputies. Ziyad al-Athari, Minister of Development and Investment, claimed that Tunisia had no choice but to resort to external borrowing to carry out development projects for which the state does not have enough resources to implement, and that stopping borrowing means halting development. The Minister called on the deputies demanding the cessation of debt to provide solutions to the structural deficit recorded in the balance of payments.

We in Hizb ut Tahrir / Wilayah of Tunisia condemn this mentality of the minister and his government and affirm the following:

1- It is well known that the World Bank is a tool of the colonial powers to control and subjugate the people and make them subordinate to them, thus, borrowing from them means a waste of sovereignty and makes Tunisia and its people a subservient hostage to the colonist, hence, one cannot talk about independence or government in the true sense, instead, they are orders executed by employees who call themselves a government!

2- The Minister claims that the Government is obliged to borrow, denying that Tunisia has any other resource from which projects can be financed, which means that the Government has dismissed the recovery of the country’s wealth, which is controlled by the colonial looting companies. Thus, it is not the Government’s program to recover the salt wealth, for example, which the French company dominates (since the time of French colonialism) without a right, nor its intention to retrieve the gas fields that Ben Ali handed free to British companies. We then ask the minister where are the 12500 billion that were taken by the men of Ben Ali from public banks, are they not alone enough to suffice us from these deadly loans? And then, where are the looted funds revealed by the deputies of the Constituent Assembly, which are estimated at tens of thousands of billions and most of them are in Tunisia, why does not the government get them and protect us from the evil of this dependence?!

3- The Minister contends that there is no solution to the development in Tunisia except by borrowing with the Haram usury, and we say to him and to the Chamber of Deputies who have agreed with him that: “Allah, our Lord and your Lord has decisively forbidden usury, Allah (swt) says: يَا أَيُّهَا الَّذِينَ آمَنُوا اتَّقُوا اللَّهَ وَذَرُوا مَا بَقِيَ مِنَ الرِّبَا إِنْ كُنْتُمْ مُؤْمِنِينَ “O you who have believed, fear Allah and give up what remains [due to you] of interest, if you should be believers.” [Al-Baqarah: 278]. And He (swt) says: الَّذِينَ يَأْكُلُونَ الرِّبَا لا يَقُومُونَ إِلا كَمَا يَقُومُ الَّذِي يَتَخَبَّطُهُ الشَّيْطَانُ مِنَ الْمَسِّ ذَلِكَ بِأَنَّهُمْ قَالُوا إِنَّمَا الْبَيْعُ مِثْلُ الرِّبَا وَأَحَلَّ اللَّهُ الْبَيْعَ وَحَرَّمَ الرِّبَا “Those who consume interest cannot stand [on the Day of Resurrection] except as one stands who is being beaten by Satan into insanity. That is because they say, “Trade is [just] like interest.” But Allah has permitted trade and has forbidden interest.” [Al-Baqarah: 275]. Also, the Prophet ﷺ said: «اَلرِّبَا ثَلاثَةٌ وَسَبْعُونَ بَابًا أَيْسَرُهَا مِثْلُ أَنْ يَنْكِحَ اَلرَّجُلُ أُمَّهُ» “Riba is seventy three types, the least of which is equal to one having sexual intercourse with his mother.” So, how heinous riba is, and how disgraceful those who commit it, and what grave its punishment is!

Does Allah forbid Riba and you make it the solution??? Have you not read in the Book of Allah Almighty: يَا أَيُّهَا الَّذِينَ آمَنُوا اتَّقُوا اللَّهَ وَذَرُوا مَا بَقِيَ مِنَ الرِّبَا إِن كُنتُم مُّؤْمِنِينَ * فَإِن لَّمْ تَفْعَلُوا فَأْذَنُوا بِحَرْبٍ مِّنَ اللَّهِ وَرَسُولِهِ “O you who have believed, fear Allah and give up what remains [due to you] of interest, if you should be believers.  *And if you do not, then be informed of a war [against you] from Allah and His Messenger.” [Al-Baqarah: 278-279]?! Did you not see that you borrowed until you drowned us when the debt amounted to more than 53.000 billion dinars external debt of 70.7% of total debt?! Did you not learn from the crushing, devastation and removing the blessing from the projects that you established on riba?! Have you not seen that the more you borrow, the more poverty pervades, and the more the dinar falls, due to your application of the capitalist system which is based on permitting riba?! It was narrated that Jabir said: «لَعَنَ رَسُولُ اللَّهِ صلى الله عليه وسلم آكِلَ الرِّبَا وَمُؤْكِلَهُ وَكَاتِبَهُ وَشَاهِدَيْهِ وَقَالَ هُمْ سَوَاءٌ» “Allah’s Messenger ﷺ cursed the accepter of usury (Riba) and its payer, and one who records it, and the two witnesses, and he said: They are all equal.” (Narrated by Muslim).

So, to where are you taking this good country and its people? We do not see you but driving us to destruction, to colonialism that controls us, humiliates us and takes our money.

This government, together with its Parliament, claims that Tunisia has no solution except in the external borrowing. And we in Hizb ut Tahrir, have presented the practical solutions feasible for immediate implementation, which are derived from the Holy Qur’an and from the Sunnah of our Prophet Muhammad ﷺ, but this ruling class has turned away from them in arrogance. And here they are, dazzled in their error, seeing nothing but throwing us under the feet of a greedy evil enemy. They turn away from Islam, which contains the provisions of Allah that He revealed to your Prophet, and within it all the correct solutions that will save you from all the crises and tribulations in which you live! And made you under the threat of Allah’s saying: ومَنْ أَعْرَضَ عَن ذِكْرِي فَإِنَّ لَهُ مَعِيشَةً ضَنكًا وَنَحْشُرُهُ يَوْمَ الْقِيَامَةِ أَعْمَىٰ “And whoever turns away from My remembrance – indeed, he will have a depressed life and We will gather him on the Day of Resurrection blind.’” [Ta-Ha: 124]. So, is this the State that you want?!

So, what is with you and you have in your hands a great religion which is Islam; the Deen that Allah revealed to His Messenger, in which are all solutions to our problems, including the economic problem…

We need a true state that honors our people and preserves our country and our Deen, and this state is not the secular civil state that distances our Islam and places us under the feet of an enemy who is stalking us, but the state we need is the state that Allah Almighty has ordered us to establish. It is the state established by the Prophet ﷺ the first time in Al-Madinah, then Allah Almighty has ordered us to have among us a Khaleefah (successor) to the Messenger of Allah ﷺ who applies on us the rulings of Allah Almighty and sets out to spread goodness in the world. And remember the saying of Allah Almighty: قَالَ اهْبِطَا مِنْهَا جَمِيعًا بَعْضُكُمْ لِبَعْضٍ عَدُوٌّ فَإِمَّا يَأْتِيَنَّكُم مِّنِّي هُدًى فَمَنِ اتَّبَعَ هُدَايَ فَلَا يَضِلُّ وَلَا يَشْقَىٰ * وَمَنْ أَعْرَضَ عَن ذِكْرِي فَإِنَّ لَهُ مَعِيشَةً ضَنكًا وَنَحْشُرُهُ يَوْمَ الْقِيَامَةِ أَعْمَىٰ “[Allah] said, “Descend from Paradise – all, [your descendants] being enemies to one another. And if there should come to you guidance from Me – then whoever follows My guidance will neither go astray [in the world] nor suffer [in the Hereafter].   And whoever turns away from My remembrance – indeed, he will have a depressed life and We will gather him on the Day of Resurrection blind.’” [Ta-Ha: 123-124]