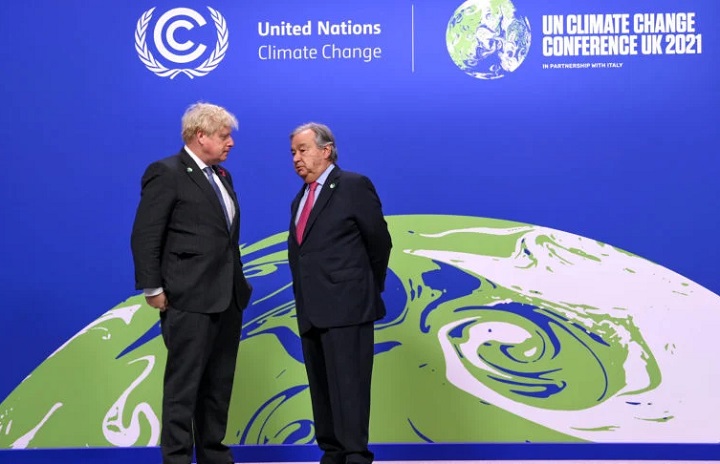 There are many calls, but few concrete commitments. This is how the G20 talks on the issue of climate change ended.

“If Glasgow fails, then everyone will fail. The Paris Agreement will collapse at the very first calculations, the only viable mechanism in the world for combating climate change will be drowned …”

UN Secretary General António Guterres said that the results of the summit did not live up to his hopes.
Source: https://ru.euronews.com/2021/10/31/g20-climate-final-ppp-blow

Comment:
In fact, the failure of this summit is not surprising.

Prior to this, the G-20, G-7, UN, UN Security Council, UN General Assembly and other similar organizations were powerless in the fight against more important and global problems facing humanity.

Called to counteract the emergence of new international conflicts and wars, the UN (and before that the League of Nations) became just an instrument in the hands of major superpowers to advance their personal interests, which ultimately led to the emergence of the bloodiest conflicts in the world, wars, genocides, ethnic cleansing and famines …

Poverty, hunger, low level of medical care in the world, inaccessibility of education, large cities and entire countries exhausted from environmental problems, all this is a visiting card of the modern world, which was generated by the capitalist ideology, which is praised by members of the G20, G7, UN Security Council and other organizations.

Leaders expressing concern that the outcome of the Glasgow summit did not live up to expectations are the very leaders of various organizations and major countries who previously failed in solving more global challenges, it is these leaders who are responsible for the massive loss of life in various parts of the world from wars, famine and genocides.

Is it possible to protect the environment for so-called international community if before it could not protect hundreds of thousands and even millions of women, children and the elderly from death?

Therefore, the failure of the this G20 summit is expected and should not cause any surprise. Undoubtedly, the protection of the environment, endangered species of animals, etc. is possible only in the shadow of the Righteous Caliphate (Khilafah Rashidah), the divine ideology and the divine political system, which will primarily take care of human life, well-being, prosperity and then take care about goals that are mentioned in so-called “Paris Agreement”.