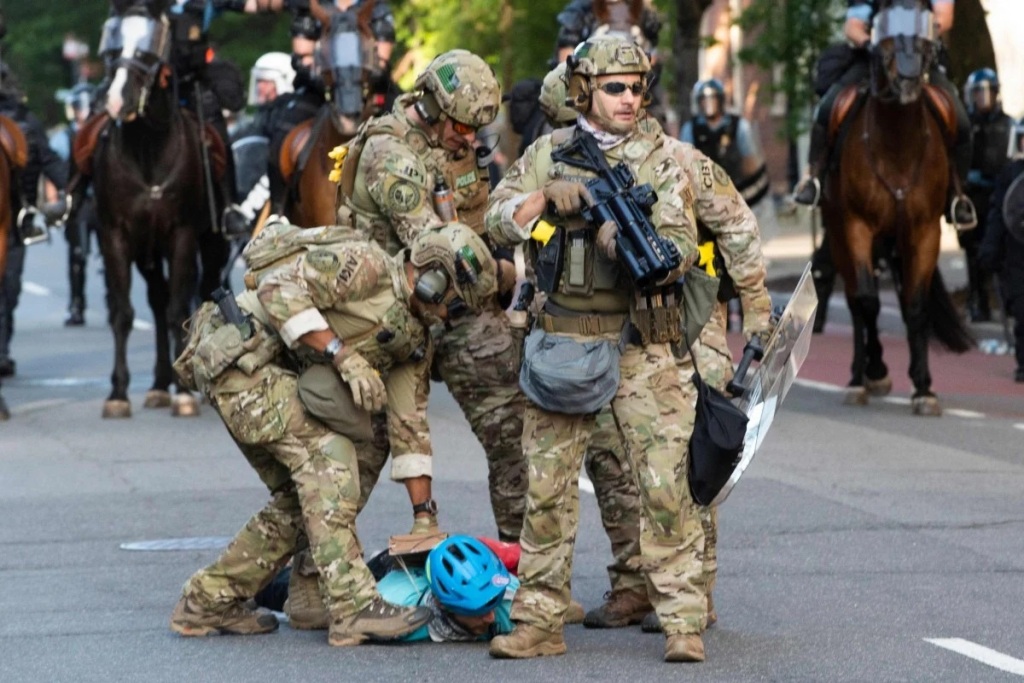 Tense protests over the death of George Floyd raged over a fifth consecutive night on Saturday in cities across the US, from Philadelphia to Los Angeles where police cars set ablaze and reports of injuries mounting on all sides.

The demonstrations, which began in Minneapolis after Floyd’s death on Monday when a police officer pressed a knee onto his neck until he stopped breathing, have become a national phenomenon as protesters decry years of police brutality against African Americans. (The Independent 31/05/2020)

As the world recoils in horror and disgust at the murder of yet another African American citizen, George Floyd, the question we ask is where do race relations go from here?

Whilst the wholly unwarranted abuse by state and federal officials in the United States is a tale entrenched in a tragic and painful history, some believe the power of social media provides a glimmer of hope and that greater transparency and public engagement will lead to justice being served. In addition, the idea that the white-collar professional arm of the justice system props up the blue-collar police departments, scrutinising investigations into the most recent murders of Ahmaud Arbery and George Floyd, suggest to some that the probability of miscarriages of justice will be reduced.

The last five nights tell another story. We have seen protests spread from Minneapolis to over thirty cities across America, likening them to a war zone. While people march through the streets to highlight, once again, institutionalised police brutality, the police, although unreported by the mainstream media, have escalated a violent and disturbing response through excessive and unnecessary force, only to reaffirm what black people in America are subjected to.

Minnesota Governor, Tim Walz, has failed to impress, doing little to unite his state or empathize with protestors and unsurprisingly President Trump continues to exacerbate tensions by calling the protesters “thugs” and even coined the famous words of the openly racist 1960’s Miami police Chief Walter Headley, “when the looting starts the shooting starts.”

As the public demands that politicians do more than pay lip-service to the issue of race in America, people of colour know only too well the endemic and institutionalised nature of this rotten ideal. Dr Cornel West highlighted this in his interview with Anderson Cooper on CNN, where he stated, ‘We have tried black faces in high places,’ and went on to underline how representatives from minority communities are too deferential to the corrupt systems they inevitably become a part of. These current criticisms of state structures are accompanied by misplaced expectations of the likes of Attorney General Keith Ellison, although it’s glaringly obvious that any systemic change is unlikely.

This is because the formal and informal institutions that have built and now regulate American society make it impossible to shift the racist views held by, arguably, the vast majority of Americans overnight.

Ultimately, it is a system based on Capitalism that has exacerbated high inequalities and demeaned the sanctity of human life, through its indifference towards exploitation and endemic scarcity in western developed nations as well as the global south. The widespread discrimination faced by African-Americans in housing and employment as well as the meritocracy myth have left 40 million (13% of the population) in devastating poverty.

Islam’s focus on the distribution of wealth replaces the concentration and withholding of assets through any form of privilege or governmental mismanagement. The Islamic economic system, which is based on the Quran and Sunnah establishes an accountable and transparent legal system which responds to the needs of citizens based not only on their requirements but their responsibilities too. وَلاَ تُؤْتُواْ السُّفَهَاء أَمْوَالَكُمُ الَّتِي جَعَلَ اللّهُ لَكُمْ قِيَاماً وَارْزُقُوهُمْ فِيهَا وَاكْسُوهُمْ “Do not give to the foolish (what is in) your (keeping of their) wealth, which Allah has given you to maintain; but feed and clothe them from it,” [Surah An Nisa, verse 5]

Thus, Islam establishes justice between people of all ethnicities, religions and races. It is universally accepted that, in Islam, the bond between citizens of a state is based on the concept of brotherhood and is not plagued by any form of tribalism, nationalism or racism. These ‘isms’ are divisive and lead to the tragic scenes we have witnessed in America not only over the past week but for centuries. Islam views citizens from a human angle and thus equality affords every person a right to food, shelter and clothing and more importantly values the sanctity of life itself. وَمَنْ أَحْيَاهَا فَكَأَنَّمَا أَحْيَا النَّاسَ جَمِيعًا “If anyone saved a life it would be as if he saved the life of the whole humanity,” [Surah Al Maidah, verse 32]

This is what Islam teaches us.

May Allah (swt) remove us from the darkness of flawed systems to the light of His own divine system, so that we may see an end to the oppression that man-made laws perpetrate on the fellow man.  Ameen