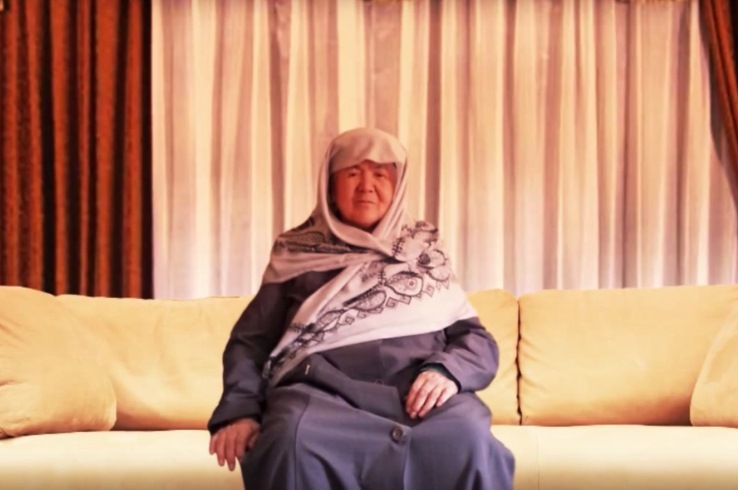 As-Sayyidah Maqsoodah Bint Abdul Jabbar passed away into His mercy Ta’Aalaa at an age approaching 82 years. She had been a mother of seven children and an amazing grandmother to her grandchildren and great grandchildren. As-Sayyidah Maqsoodah was born in 1934 in the city of Nokat in southern Kyrgyzstan. She was born into a cultured family in the case where she initially received her Islamic education from her two parents, may Allah’s mercy be upon them. She, may Allah’s mercy be upon her, was raised and grew up in the bygone era of the Soviet Union. In spite of living under a State that used to apply the communist atheist system she nevertheless used to abide by the pure and upright Ahkam (rulings) of Islam whilst striving to attain the pleasure of Allah Subhaanahu Wa Ta’Aalaa.

Therefore, when she listened to the thoughts of Hizb ut Tahrir through a discussion that was taking place amongst her children and others from amongst the Shabab of the Hizb, she realised that this method was the correct one, and so she joined the ranks of the Hizb in the year 2002. She was 72 years old at that time and she immediately launched herself into the carrying of the Da’wah to the utmost of her ability. She would teach the women and girls the recitation of the Qur’aan Al-Kareem and the great Ahkam of Islam. Indeed, the younger girls became aware of and learned the letters of the Qur’aan for the very first time at her hands. She was, may Allah’s mercy be upon her, a righteous and God-fearing woman who was devout in her worship and as such did not let the Mushaf leave her hands. Through this she became an example and role model for many of the people due to the great amount of her acts of worship and her patience.

She, may Allah’s mercy be upon her, had been waiting, with complete patience, for the moment that the Shar’a of Allah would be applied upon her and she had wished for her eyes to have witnessed the delight of the establishment of the Khilafah State upon the path of the Prophethood. Even in the last moments of her life whilst she was facing the pains of deaths she held the Misbahah in her hand praising Allah, making Takbeer and repeating the Shahaadah.

We ask Allah to bestow His mercy upon her, to forgive her and to raise her with the Prophets, truthful, martyrs and righteous and how good they are as companions. We also ask Allah Ta’Aalaa to bestow her children, grandchildren and loved-ones with patience and solace and to make well their mourning.

“To Allah we belong, and to Him we will return.”

Prepared by the technical production unit in the Russian speaking regions

Under the Central Media Office of Hizb ut Tahrir