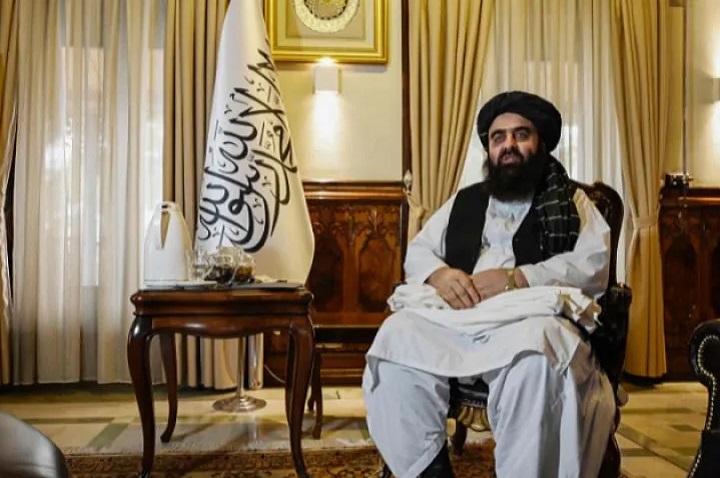 Amir Khan Mottaqi, the foreign minister of caretaker government of the Islamic Emirate of Afghanistan, in his latest interview with AFP stated that he would ‘continue his political efforts’ to seek recognition for his government. He also described his demeanor and series of exchanges as a ‘major step forward’ toward the recognition of the Islamic Emirate. Mottaqi also added that “back and forth travels, trade and delegation of other nations interacting with one another over Afghanistan are clear signs that will lead to official recognition. We have made good progress in this area. We have seen good results during the negotiations we have had with every side, and this is a good step forward. Besides, we have moved through that direction to some extent, and we are getting closer to the goal.”

Comment:
The basic idea of the foreign policy of an Islamic State is to carry the call of Islam to other nations, and its method is determined by the similar idea instructed by Allah (swt) as it says that the neighboring tribes, nations, and territories should be first invited to Islam. if they accept, the Islamic State will rule over that territory; and if they don’t do so, those people and territory will be considered as a potential obstacle against the call of Islam which needs to be removed through military campaigns [Jihad] by the Islamic State army – resulting to the conquest of that territory at the end of the day. It should be noted that if we had turned Muslims, it was because of the same foreign policy of the Caliphates.

The foreign policy of Nation-States reads that only powers who carry ideological systems have the right to govern based on their own ideas and values. For instance, the United States is one of the governments that leads the ideology of Capitalism [Democracy]. Therefore, it has regulated its foreign policy based on colonization of other nations and transmission of its values overseas. However, other national governments are required to determine their national interests, territorial integrity in accordance with international rules by employing pragmatic policies based on which they have no permanent friends nor enemies, but only permanent interests.

In Islam, confrontation and collision with the infidels and warring states is defined as the core principle. But the Islamic Emirate pursues positive relations and moves forward with the enemy based on good faith, and is remarkably optimistic about the future of such secular interactions. The diplomatic apparatus of the Islamic Emirate believes that if they happen to acknowledge the international laws and seek recognition by great powers and regional countries, this will solve the problems in Afghanistan. However, one could see that all other countries on the Islamic land are considered as legitimate states, it has not been the main solution to their problems. For example, Pakistan, a country, which was recognized on the very first days of its establishment by great powers such as Britain and the United States, tries to secure the American interests in the region, but is still bearing gigantic depression: interest-bearing loans, sometimes economic sanctions, war, insecurity, poverty, inflation and various kinds of crises. Therefore, such an assumption does not have any place in foreign policy, but from an Islamic point of view, governing based on secular diplomacy is entirely unacceptable.

Therefore, the progress which Mr. Mottaqi speaks of leads the Islamic Emirate towards gradual drowning in the abyss of the Nation-State – the idea that was born in Europe, grew up out there, disseminated to the world and is now getting old. Because Europe itself seeks unity under the umbrella of the European Union, and the United States is struggling hard to maintain the unity of its states by preventing it from splitting into small Nation-States. Besides, Russia wants to restore the legacy of Soviet while China thinks of unshrinking Hong Kong and Taiwan back to the Motherland.

While we used to have ideological, political and geographical unity under the Caliphate (Khilafah), but after the fall of the Caliphate by the enemies, this evil idea [Nation-State] was imposed on the entire Islamic lands which disintegrated the energy, power and strength of Islamic Ummah. Indeed, with the help of traitorous and puppet rulers, they are trying to prevent the reunification of Islamic Ummah under the umbrella of the Second Caliphate.

We reiterate that the Islamic Emirate must not follow the role of other national states, and profoundly realize the dangers of international law, the United Nations, international organizations, the concept of national borders, national honors, national interests and national foreign policies, all of which are based on secular belief. They must figure out the comparison between the current secular systems and the State the Messenger of Allah (peace be upon him) and the Caliphate by the way of Prophethood had established, and even that of the Umayyad, Abbasid and Ottoman Caliphates to carefully observe the blatant contradiction between the foreign policy both in Islamic State and the Nation-State.

Otherwise, any deviation starts from a very small point and keeps continuing until it wipes out all the sacrifices of the Mujahidin which was once aimed to consolidate Islam and the Islamic State. Such a deviance will lead us to the failed destiny of other systems and rulers of the Islamic lands, which will bring us nothing but losses both in this World and the Hereafter.