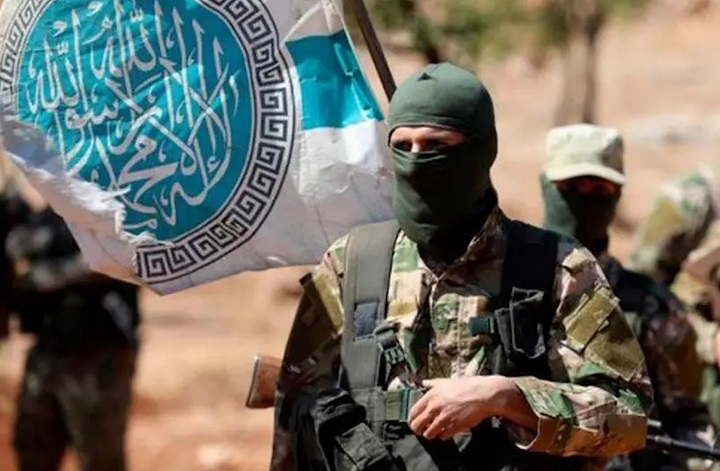 Violent confrontations erupted on Saturday morning,18/6/2022, between the Syrian Front faction on one side and Ahrar al-Sham – the eastern sector faction on the other, within several areas in the countryside of al-Bab city, east of Aleppo, during which heavy machine guns were used and main roads were cut off. Heavily armed military checkpoints were set up and a state of increased alertness, which resulted in several deaths and injuries.

The sanctity of the blood of a Muslim is a matter known from the Deen by necessity and it is not hidden from anyone. The factional leaders’ disregard for the blood of Muslims has become a given. Instead of these leaders seeking to spare the blood of their members, we see them pushing them into factional fighting, and a holocaust that only serves the enemies of the revolution, and the only loser is that soldier whose children are orphaned in the battle of influence and control over a few kilometers, and this, if it indicates anything, it indicates a lack of sense of responsibility, and the keenness of these leaders to achieve their interests at the expense of the sacrifices of the people of Ash-Sham and the blood of their children, and directing their guns to the chests of the people of Ash-Sham, when the regime of the tyrant of Ash-Sham is a stone’s throw away, safe in its headquarters.

Your silence about the leaders of the factional system, with every factional fighting that eats away at the body of the revolution, and allowing them to trade with your revolution and the blood of your children, puts you in danger. Not seeking to regain your usurped authority, makes you a cheap commodity that the leaders of the subordinated factional system, who held their decision at ransom to the so-called sponsoring states, and stored their weapons to use to kill your sons. What happened to the orphaned revolution of Ash-Sham resulted from the absence of political awareness among those who led the scene and controlled the necks of the people, and resulted from not adopting a clear political project that defines goals and draws the right path, and resulted from not taking an aware and sincere political leadership that leads the ship of revolution in the midst of the crashing waves that are tossing it. So, save your affair, realize your revolution, and hold fast to the rope of your Lord.

“And obey Allah and His Messenger, and do not dispute and [thus] lose courage and [then] your strength would depart; and be patient. Indeed, Allah is with the patient” [Al-Anfal: 46]