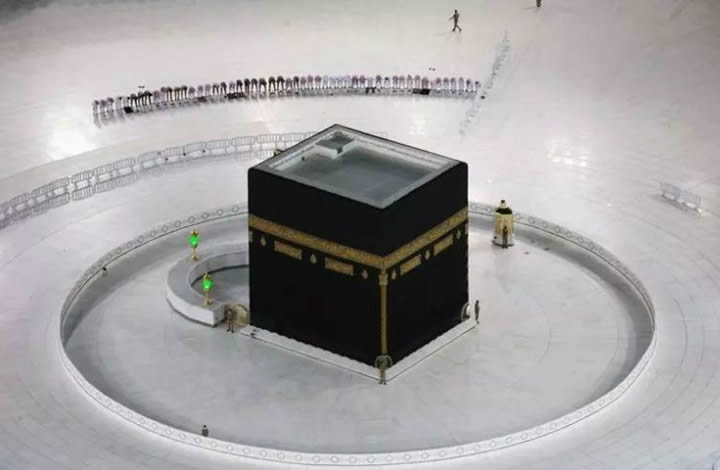 “They will not harm you except for [some] annoyance. And if they fight you, they will show you their backs; then they will not be aided.” [TMQ 3:111]

The styles of Kuffar in their attack against Islam and Muslims have continually changed and varied, beginning with the Kuffar of Quraish, passing through the crusades and ending with the colonialist West and its war against Islam, the so-called “War on Terror.” None of their attacks was an intellectual clash between their human civilizations and the divine Islamic civilization. Thus human civilizations, including European civilizations that were wrapped under the cover of the Christian religion, did not have the strength to argue with Islam through thought and intellect. Therefore, they always resorted to waging military wars that include crusade campaigns and colonization of Islamic world, misguiding, lying and inventing against Islam and Muslims.

The colonialist disbelievers were unable, particularly in the recent days, to hide their hatred and hostility towards Islamic civilization, despite their attempts to justify their transgressions, covering their hostility with a shiny facade, such as freedom, human rights and justice.

Despite the challenge of Islam and its Dawah Carriers against the human ideologies intellectually, calling for the intellectual debate, the West and the people of distorted religions have never accepted this challenge in any era. They always resorted to something else to undermine Islam and its people, in accordance with the truthful saying of Allah (swt),

“Hatred has already appeared from their mouths, and what their breasts conceal is greater” [TMQ 3:118].

After the fall of the Soviet Union in the last decade of the last century, after the failure of the socialist ideology and the collapse of its state, the world arena was devoid of any ideology that is implemented or implementable except for Capitalism and Islam. Nothing was left for the Western civilization to be a civilizational competitor, except Islam. The West that was implementing the Capitalist ideology took on Islam as an enemy focusing its attack upon Islam in several ways. The American writer, Samuel Huntington, wrote in his book, “The Clash of Civilizations” of the clash of the Capitalist civilization with the Islamic civilization. He tried to show the struggle as an intellectual struggle in an attempt to equate the Western civilization with Islam. In reality, it was an attempt to show the ability of the former in defeating the latter. However, the conflict on the ground reality was not as the author mentions, nor is it the wish of Muslims to be so. Instead, it was a fierce military, political and security attack by the West, assisted by its puppets in the regimes of the Islamic world, against Islam and the standard bearers of revival, particularly against “political Islam” in recent times.

In order for the West to justify its attack that is unacceptable on the basis of public norms, it resorted to false flag operations and assassinations here and there, establishing dubious movements amongst Muslims that target civilians in the West and the Islamic world, threatening their security. All of this was to justify their attacks against those who threaten their civilizational existence. The mind-set is framed in the book “The End of History” by Francis Fukuyama who saw the unrivalled status of the capitalist ideology in the world, without challenge or equal, unaccepting of the emergence of any ideology other than capitalism. Thus, the West waged war against Afghanistan and Iraq and killed many of its people. The security services in various Muslim lands raided and stormed houses in which prayers were held such that some people began to believe their noble Islam as a religion of terrorism and horror.

This situation did not last long, until it became apparent to all people, particularly the Muslims that the West itself is the source of terrorism, its mother and its father! The Muslims increased their confidence over their Islam. It became clear to them that the regimes that govern them are kufr regimes who are agents to the West. So they mobilized against the regimes, demanding to overthrow them and establish the ruling by Islam on their ruins. The minds of Western thinkers became confused, delusional and helpless, whilst they floundered over how they could obstruct this Ummah and its Deen, upon which falsehood does not approach from in front or from behind. So they started carrying out childish and hostile acts that did not even occur to the minds of the ignorant Arabs. The ignorant Arabs tried to come up verses similar to that of the Noble Quran, accusing the best of creation, Muhammad (saw) that he was a sorcerer and that he took the Noble Quran from Jewish fables and so on. As for the West, it was more foolish and ridiculous, as it started drawing caricature cartoons to insult the best of creation, Muhammad (saw). This reveals the intellectual and cultural bankruptcy of the West and its deep animosity toward the ideology which the West is incapable of undermining.

Recently, the West took advantage of the Coronavirus (Covid-19) disease pandemic to close the Two Holy Mosques in the Hejaz, as well as other mosques in various Muslim Lands. Pathetically, the West believed that it can defeat Islam just by closing the Two Holy Mosques and other mosques. However, such actions only increased the persistence and adherence of Muslims towards Islam, increasing their anger against the agent regimes of the West. Consequently, the Muslims are compelled to rebel against the regimes and overthrow them to establish the Shariah of Allah on their ruins. And the West’s resorting to such actions is just like someone who collects white papers and thinks that they are currency notes. Allah (swt) said,

“How evil an example [is that of] the people who denied Our signs and used to wrong themselves.” [TMQ 7:177].

It is obvious to say that the reason for the West’s repeated and various attacks against Islam, Muslims and their sanctities is due to its intellectual bankruptcy and its inhumane hostile nature on the one hand, whilst on the other, it is due to the absence of a political entity and Muslim ruler who represents the Islamic civilization, protects Islam and Muslims from every aggressor, in accordance to the saying of Ali ibn Abu Talib (may Allah (swt) honor his countenance),

It is therefore the West’s attack on Islam that has been relentless, since the fall of political entity that unified the Muslims and defended Islam and its sanctities, since the absence of the ruler who begins his speech with the foolish by saying, يا ابن الكافرة “O son of the disbelieving mother!” The glory of Islam will be restored only with the establishment of the Second Rightly Guided Khilafah (Caliphate) upon the Method of Prophethood. The disbelieving West will not stop assaulting Islam and Muslims. Whilst is true that the West will not undermine Islam and Muslims., it will continue to try, until the Khilafah Rashidah comes to affirm the corruption of Western civilization, cutting off the hands and tongues from every evil. The Messenger of Allah (saw) said,

“Verily the Imam is a shield behind whom you fight and you protect yourself with.” [Sahih Bukhari].