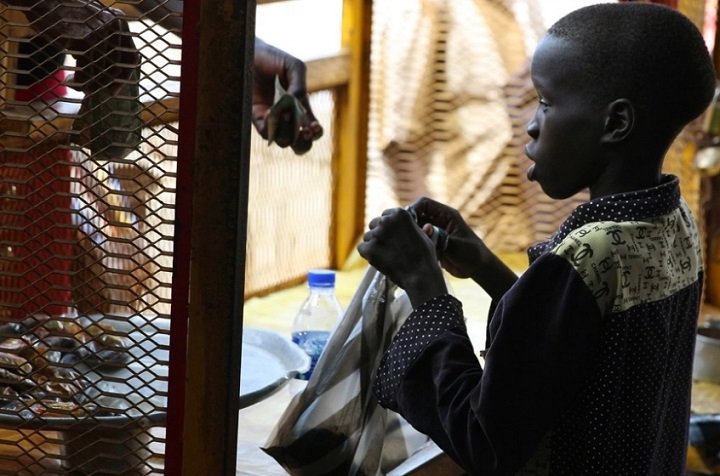 It is not a secret that economy is the backbone of human life hence leading to an urgent need for a system to drive the growth and distribution of resources (wealth) in the society. The economic system today is capitalist founded by a Western philosopher Adam Smith known as the ‘Father of the capitalist system’. Capitalism means that businesses, industries and investments are all owned by few individuals who are full of greed and whose desire is to accumulate wealth with no regard to human value. As a result, wealth is owned by the bourgeoisie while the general population languishes in poverty daily.

Capitalism is the real source of the global economic crisis and this relates to its philosophy in identifying the underlying economic problem and the way of solving it; it views the society as having a shortage of goods and services to meet the ever-increasing needs of human beings. To address this problem, capitalist colonists claim it is through the production of goods and services! On this basis, Capitalism made the production of goods and services a priority while ignoring its distribution. The result was that the country’s wealth became a measure of economic growth even though the majority of ordinary people were languishing in poverty.

Bourgeoisie are obsessed with excessive profit and do not glorify anything but economic interests for themselves. This trait also affects government performance, economic policies and even politics. The implementation of this system of modern day slavery in the minds of the people, has produced many economic disasters as evidenced by the issue of employment. In this case, the workers continue to serve the interests of the rich while achieving nothing except meagre wages.

The claws of Capitalism have engulfed the entire life of the poor multitudes by imposing heavy taxation on each product and basic services. Since every human being requires goods and services in everyday life, taxation directly increases stress of civilian life. We say that taxation is a burden to the poor and not to the rich because it is not taxed from the wealth of the rich but on goods and services. And even those called corporate tax still do not touch the wealth of the owners of the company because often the rich give fake audited reports. Thus, in a capitalist system wealth circulates among a few people while majority remain slaves who cannot even earn the basic needs. This capitalist slavery is fur much worse than the Quraishy slavery since slaves of that era were given food and accommodation.

Islam, on the other hand, is a complete way of life that includes economic system. Islamic economy is built upon three principles; ways of owning property, usage and distribution. The economic problem in the Islamic system that should be resolved is not a shortage of goods and services but the distribution. In this sense, the solution to the economic problem is the distribution of assets and not through the production of property. A good example is that Kenya for a fact is highly wealthy, but with poor distribution policies, people die in many parts of the country while others food is thrown into garbage bins! In fact, poverty does not arise from the production capacity of commodities but its distribution to meet the basic needs of mankind. In emphasizing this, Islam prohibited hoarding of property and monopoly. Allah (swt) says,

“And those who hoard gold and silver and spend it not in the way of Allah – give them tidings of a painful punishment.” [TMQ 9:34].

As for the matter of employment, Islam has dealt with it in detail, the first of all being a form of worship (ibada). The view of any work is not based on its benefit rather on the criterion of halal and haram which is the measure of human action. In Islam, salaries or payment of employees’ efforts are not linked to the benefit of the employer but is based on the benefits produced by the employee. In this sense, it is evident that employment in Islam is a way to get rid of economic hardship contrary to the modern day slavery witnessed in capitalist economies. In addition, the revenue of the state in Islam is not through taxation but is dependent on property/wealth based on its distribution. For instance, zakatul mal is 2.5 percent (nisab) for the property that has reached a specific rate for a specific time (hawl).

O Muslims and non-Muslims, the economic crisis witnessed in the world is indeed a clear indication of the failure of the Capitalist economic system. Time has come to respond to the call for a radical change that will lead people to success in this world and in the Hereafter. This change is to call for Islam, the only ideology with real economic, political and social systems to guide people in all spheres of life through the re-establishment of the Khilafah (Caliphate) State in one of the countries in the Islamic world.

“O you who believe, respond to the call of Allah and His Messenger when He calls you to that which will give you a good life (in this world and the Hereafter).” [TMQ 8:24]