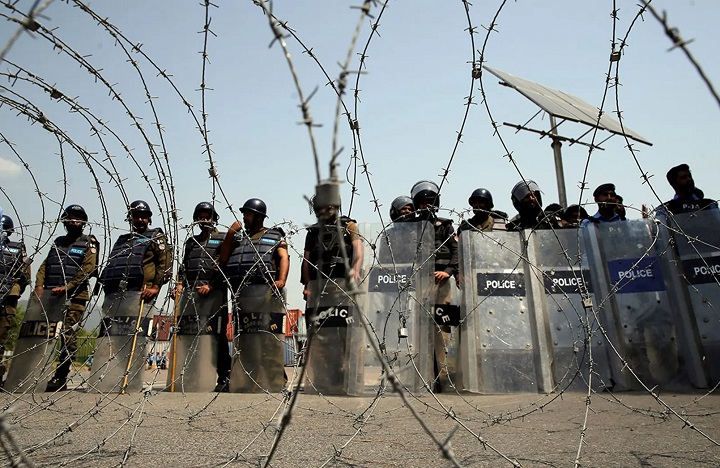 Pakistan can never emerge from its recurrent crises, if it limits itself to the two conventional options, parliamentary democracy and presidential democracy. This limited, loaded debate only benefits the current political and military leaderships. Until the Muslims turn their backs on Democracy and strive for the Islamic Khilafah (Caliphate) State, they can only look forwards to the next crisis.

Political leaderships prefer parliamentary democracy, as ensured by Bhutto’s 1973 constitution, because it gives elected representatives greater ability to manipulate law in their favor. Military leaderships prefer presidential democracy, as practiced by General Ayub previously and then General Musharraf most recently, because it grants the military leadership firm control over legislation.

However, both presidential and parliamentary democracy are the cause of the crises. They both deny the Revelation of Allah (swt) as the exclusive source of legislation, such that every law is based on the Noble Quran and the Prophetic Sunnah. They both burden Pakistan with law that is made according to the whims and desires of human beings, with their limited minds and boundless greed. They both open Pakistan’s laws wide open to manipulation to further the ambitions of the corrupt and their masters in the West.

Hizb ut Tahrir is the only leadership that offers a way out of the crises. Hizb ut Tahrir alone has prepared an entire constitution, of 191 articles, elaborating their evidences from the Noble Quran, the Prophetic Sunnah and the Unanimous Consensus of the Companions (ra). Hizb ut Tahrir alone has prepared a global cadre of politicians, from Morocco to Indonesia, who are capable of running the Khilafah State and holding the Khaleefah to account. And Hizb ut Tahir has made great strides in the Khilafah project with the Help of Allah (swt), despite brutal oppression against it, including the abduction of its Official Spokesman in Pakistan, Engineer Naveed Butt, ten years ago, on 11 May 2012.

So whosoever is sincere to the Deen and wants a way out for the Muslims, needs look no further than Hizb ut Tahrir.