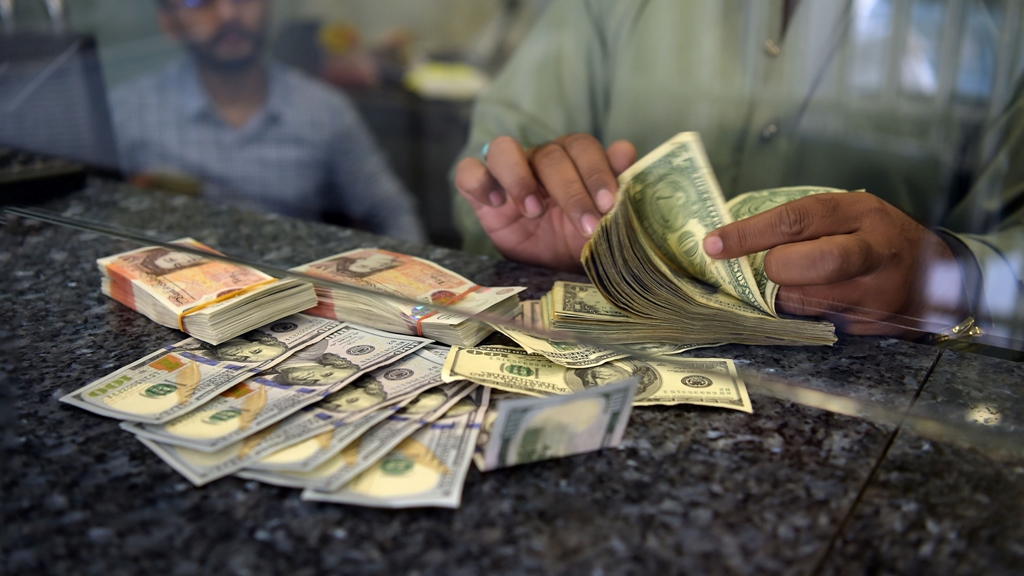 Because It Rules by Colonialist Democracy. It is Time for the Islamic Khilafah Now

We are stuck in despair as the political choices presented to us by Democracy do not secure our Deen, life, wealth and sanctities, ensuring a bright future for our children. On the one hand, we want to rid ourselves of the incompetent PTI government, which has caused us severe economic pain, as well as misery and humiliation before our enemies. However, on the other hand, we do not want the return of the corrupt political leadership of the past, who used their rule to personally benefit themselves and their cronies, whilst serving the colonialist Kuffar, just as the current rulers do.

To whom or what do we turn to?! The economic pain in the form of inflation is unbearable. The poverty rate has risen, with millions plunging into poverty. The future looks bleak as businesses collapse and unemployment surges, hundreds of thousands lose jobs or suffer from delayed or cancelled salaries, whilst our desperate youth roam the streets as taxi drivers and delivery men.

Amidst this economic devastation, our aloof rulers merely point to meaningless economic indicators turning positive. They act as if charts and data thrown at us in press conferences and tweets will end our misery. Indeed, capitalist economic management is inhumane by its nature, obsessed with GDP growth, amount of dollars earned, the state’s ability to pay back its debts and looking for more innovative ways to tax us. It is this IMF dictated brutal economic management, which the entire political medium advocates, that only serves international and local capitalists, at the expense of the masses.

Indeed, the world over, Capitalism only manages the economy to secure the interests of large capital owners, whilst Democracy gives them political power to make laws to protect their business empires. Consequently, the world’s richest saw their wealth climb 27.5% to $10.2trn (£7.9trn) from April to July this year, whilst extreme poverty ravages the masses of humanity.

No ruler in capitalist, colonialist Democracy will ever ensure economic prosperity for us. The current ruling and economic systems are built on corrupt Western values, binding us in slavery to the international order, established by the colonialist West, led by America. This foreign, imported system demands that we abandon our Deen, organizing our societal lives according to the whims and desires of the Western colonialists. The colonialists demanded we abandon the Afghan Muslims to the American crusade, in the name of economic survival. They now demand we surrender Occupied Kashmir to the Hindu State for economic benefits. Today, the current rulers neglectfully tolerate blasphemous attacks on the honor of our beloved Prophet ﷺ by the hateful Kuffar. And they are advancing towards recognizing the occupation of the illegal Jewish entity of Al-Masjid Al-Aqsa and the Blessed Land of Palestine, providing economic relief and military support from the Western powers.

Thus, our economy is shattered, whilst our enemies violate our sanctities with impunity. No change will come to Pakistan, if we continue to accept Democracy. Democracy has only ensured continuous misery and humiliation, since the conniving British colonialists carefully left this ruling system behind as a parting shot. Democracy is a colonialist ruling system implemented by a corrupt Westernized ruling elite, whose various factions take turns to rule us, from which we must turn away.

We cannot expect any change for the better from the colonialist, capitalist Democracy and its leaderships. We must turn to Islam, striving to re-establish the ruling by all that Allah (swt) has revealed. Indeed, Allah (swt) warns us that turning away from His Guidance guarantees hardship. Allah (swt) said,وَمَنْ أَعْرَضَ عَن ذِكْرِي فَإِنَّ لَهُ مَعِيشَةً ضَنكًا وَنَحْشُرُهُ يَوْمَ الْقِيَامَةِ أَعْمَى  “And whoever turns away from My remembrance – indeed, he will have hardship, and We will gather him on the Day of Resurrection blind.” [Surah Taha 20:124]. Indeed, it is the Khilafah (Caliphate) on the Method of Prophethood alone that will rescue us from the misery and humiliation unleashed by Democracy.

The Khilafah manages the economy according to Shariah rules derived from the Noble Quran and the Blessed Sunnah. Historically, the Khilafah established a strong economy, bringing prosperity for its citizens, whilst generating huge revenues to prepare its powerful, well-equipped armies that spread the Message of Islam across the world, through Jihad in the Path of Allah (swt). The Khilafah will not pay any interest whatsoever accrued on debts, because paying interest is a severe sin in Islam. As for the payment of the principle sums of debt, without paying the interest, the Khilafah will ensure that all the rulers and state officials during the period of indebtedness are made liable for them, for they are the ones who evidently benefited from plunging Pakistan into the trap of interest based loans.

As for providing funds for looking after our affairs, the Khilafah will collect from the revenue sources which are obligatory upon us in our Deen. It will collect Zakat according to the Shariah rulings on livestock, crops and fruits, currency and all types of trading goods and merchandise, Kharaj and Ushr on agricultural lands, Jizya upon the financially capable non-Muslim males and War Booty (Fai) from the opening of new lands to Islam. In addition, the Khilafah will supervise the large revenues generated from public property like oil, gas, electricity and minerals, as Islam does not allow the state to privatize such resources. The Khilafah will also generate revenues from factories associated with public properties, as well as state-owned capital intensive industries, such as those manufacturing vehicles and high end electronics.

This Rajab 1442, it will be one hundred Islamic Hijri years, since the Khilafah was destroyed, at the hands of traitors within the Arabs and Turks, collaborating with the enemy Western crusaders. Since then the Islamic Ummah has only known of the violation of its wealth, Deen, lives and lands, despite possessing over three million troops and most of the world’s valuable resources. All systems based on the law of man have failed the Ummah, whether it is monarchy, democracy, dictatorship or the many hybrids in between. It is clear that the time for Khilafah is now, for there is none who knows better how we must govern ourselves than Allah (swt). Allah (swt) said, أَلَا يَعْلَمُ مَنْ خَلَقَ وَهُوَ اللَّطِيفُ الْخَبِيرُ “Does He who created not know, while He is the Subtle, the Acquainted?” [Surah al-Mulk 67:14].

The Khilafah is not only the need of our time, its neglect is a grave sin, punishable by Allah (swt). Allah (swt) strictly forbade us from ruling by other than all that He (swt) has revealed, saying, وَمَنْ لَمْ يَحْكُمْ بِمَا أَنزَلَ اللَّهُ فَأُوْلَئِكَ هُمْ الظَّالِمُونَ “Whosoever does not judge by all that which Allah has revealed, such are oppressors.” [Surah Al-Ma’idah 5:45]. RasulAllah ﷺ forbade us from being without the Bayah to a Khaleefah on our necks, saying, «مَنْ مَاتَ وَلَيْسَ فِي عُنُقِهِ بَيْعَةٌ مَاتَ مِيتَةً جَاهِلِيَّةً» “Whosoever dies without the bay’ah on his neck dies the death of Jahilliyah.” (Muslim). And by the Unanimous Consensus of the Companions (ra) we cannot remain without a Khaleefah for more than three days and three nights, so what of a hundred Islamic Hijri years?!

Let all advocacy of Democracy be drowned out by our strong call for the resumption of the Islamic way of life, through the Khilafah. Let the advocacy for Khilafah become prominent in our social media and electronic media, as well as the minbars and daroos of our masajid, the Houses of Allah (swt). Let the strong within our influential stand in the front rows of our movement for Islamic ruling, just as the strong Companions, ‘Umar al-Farooq (ra) and Hamza ibn ʿAbd al-Muṭṭalib (ra), did. And let our officers in the armed forces do as their brothers, the fighting men of the Ansaar (ra), did, granting the Nussrah for the ruling by all that Allah (swt) has revealed. So for the pleasure of Allah (swt), let us all work!