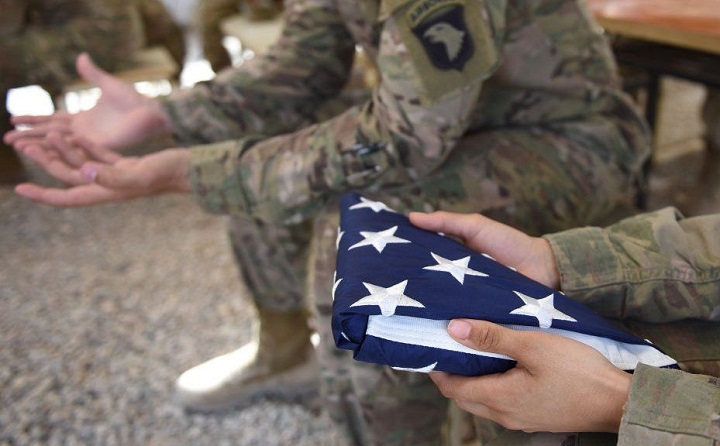 The reason why the US intended to make such a difficult decision is mainly because the US, on the one hand, was suffering a remarkable defeat in an unconventional war with the Afghans; and on the other hand, the public opinion on war in Afghanistan has changed so far in the US and the world since 2001. In fact, the US-NATO war is not only backed by the US citizens now, but has also lost its legitimacy in the region and the entire world. Moreover, after the COVID crisis, the US was not meant to spend more money to proceed with the asymmetric Afghan war that was unlikely to secure victory for the US. Besides, the Taliban have come out of their previous isolation by developing diplomatic relations with countries in the region.

The rise of ISIS in Afghanistan was another issue through which the US wanted to transfer the flames of war to Central Asia with the support of Afghan government, Pakistan, US intelligence and mercenaries, but this scenario was harshly hammered by the Taliban, which resulted in Taliban making diplomatic ties with some countries in the region. Such an effort provoked concerns in the US that the Taliban might be provided with military equipment and/or weapons by regional countries, especially Russia and China, someday that would change the war balance and ensure an absolute defeat to the US and its puppet government.

On the other hand, the US and NATO troops’ withdrawal should not be translated as the end of US influence in Afghanistan. As the US has explicitly stated that it will continue to support the Afghan government by ensuring financial, military, diplomatic, intelligence, and humanitarian assistance. Chances are that US would lead Afghanistan through a severe crisis – possibly a harsh civil war – as the US has simultaneously shown green light to India, Iran, the United Arab Emirates, Saudi Arabia and European countries to continue their support to Afghan government. As for India, it’s been distributing weapons to some elements of the Northern Alliance through the government with an aim to prepare them for a potential war.

The US, on the other hand, has around 20,000 CIA-trained contractors in Afghanistan – 7000 of whom are American known as ‘Rental assassins and/or US mercenaries’ among Afghans due to their brutal measures and terror while the remaining contractors are the CIA-backed Afghan nationals. The US has recently handed over a large number of these forces (Afghan nationals) to the government of Afghanistan. All these indicate that the war between the government and the Taliban will intensify if the peace process, especially the Istanbul Conference, is not likely to reach the desired results.

Following a global humiliation and failure through its 20-year ‘war on terror’ agenda, the US now appears to be shifting its policy against China and Russia. With this in mind, Afghanistan still holds a central and strategic position in US foreign policy. Since the US is seeking to encircle China through powerful states such as India, South Korea, and Japan, this shows that the prospect of a stable and powerful Afghanistan is unlikely to turn into reality in the meantime. Therefore, instability and even some form of civil war will intensify unless the peace process reaches a successful result with the Taliban gradually participating in the government. That’s why, the US is trying to turn Afghanistan into an exporting corridor of fire and insecurity to China and Central Asia under the guise of peace talks in order to jeopardize China’s economic projects, political progress and influence in the region.

With the US military withdrawal from Afghanistan, the situation will not turn into what the Muslim people of this land desire. That’s to say, the influence of the infidel US will remain strongly active and the rule of the government, whatever be it so, will not be purely based on Islam. Consequently, the fate of Afghanistan and other Islamic lands will not return to the hands of the Muslims unless the true Islamic State (Khilafah Rashidah) is established to eradicate the occupation and colonization of any kind such as the financial, military, intelligence, cultural and humanitarian assistance of the West. It’s due to the absence of a united Islamic State and an honest leadership that Islamic lands, including Afghanistan, have turned into a ground for competition between the US, Europe, China, and Russia. Besides, Muslims are being killed brutally, the sanctities of Islam are insulted deliberately and the resources of the Islamic Ummah are plundered audaciously, but the current rulers of Islamic lands act as obedient agents and stooges of the West to please their lords.