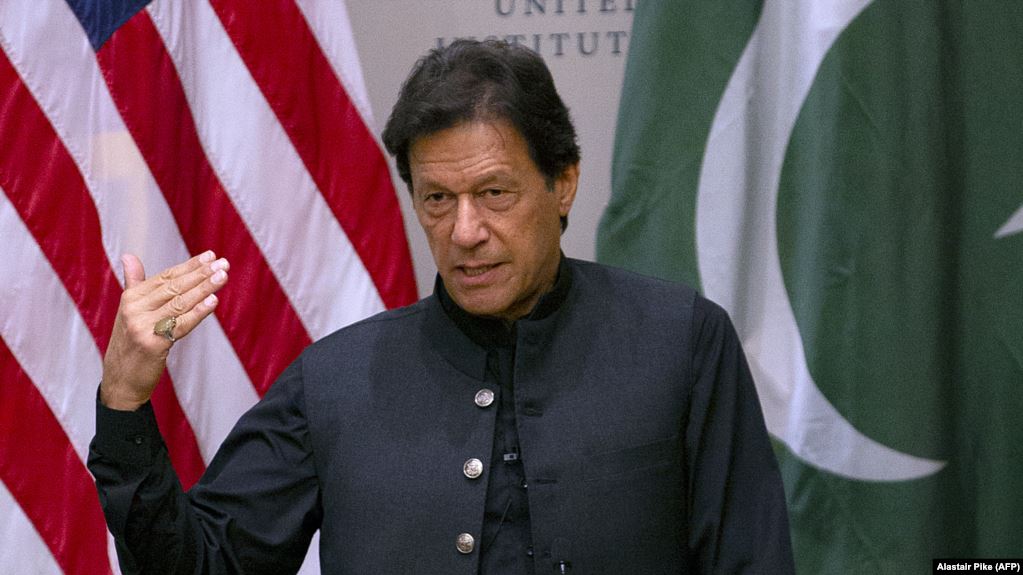 Pakistan announced plans on Wednesday to punish India for unilaterally wiping out the autonomy of Kashmir by ending bilateral trade, downgrading diplomatic ties and expelling India’s high commissioner to the country. [1] Is the world looking at a new confrontation between the two most powerful adversaries of the subcontinent?

Comment:
Despite all the fiery rhetoric emanating from Islamabad, one cannot help but notice that may be Pakistan and India are finally working together to resolve the Kashmir issue. Here is why.

Only last month Trump, standing alongside Prime Minister Khan, admitted that Modi had asked him to mediate in the Kashmir dispute. The admission came after Khan had asked Trump to lend his support to mediation efforts. Additionally, media reports have confirmed that Indian officials notified America of their intention to annex Kashmir shortly after the Pulwama attack, and kept Washington abreast of legislative developments to repeal Article 370 that bestows Jammu and Kashmir special status.

Let us not forget that Pakistan’s sudden capitulation in handing over the Indian pilot for no visible gains whatsoever provided much needed momentum for Modi’s floundering election campaign. In fact, it can be argued that Pakistani support was crucial to Modi’s landslide victory. Modi went on to use his newfound majority to repeal Article 370. Nevertheless, why would India, Pakistan and the US collaborate with each other in such a manner and why now?

Oddly enough, the answer may lie in what the Chinese Foreign Ministry had to say, “The recent unilateral revision of domestic laws by the Indian side continues to undermine China’s territorial sovereignty, which is unacceptable.” [2] The terse diplomatic language suggests that China fears that should the situation calm down in Kashmir the 500,000 plus Indian troops together with American soldiers could be used against it.

Hence, the normalization process frozen for fifteen years seems to have taken on a new geopolitical significance and that means countering China. For the past 6 years, both New Delhi and Washington have watched in anguish as China flexed its muscles on sea and overland in Eurasia. It is the latter, however, that threatens India’s security as well as America’s grand plan to counter China.

The spectacular progress China has made on its One Belt One Road initiative has rattled Modi and Trump. Both fear that China will gain unfair advantage over their respective zones of influence if not stopped. Stationing troops in Ladakh at the doorstep of China appears to be a pivotal piece on America’s grand containment canvas that stretches from Afghanistan to the Asian Pacific region.

To pull this off Modi and Trump need Khan’s unstinting support. IMF’s loan to Pakistan followed by Khan’s warm reception at the Whitehouse surprised many observers and suggests that Khan is fully onboard to sacrifice Pakistan’s strategic assets and convert the status quo in Kashmir into a final political settlement. After securing Khan’s commitment, Trump publicly demanded an invitation to visit Pakistan.

Despite Khan’s public rhetoric against the US, he finds himself once again working to fulfill American foreign policy objectives. Earlier, Khan agreed to the humiliating conditions of the IMF bailout package imposed by the US. Then Khan set the stage for the withdrawal of American troops from Afghanistan, so that Trump could win the 2020 election. Now America wants Khan to betray the Kashmiri people, make the LoC permanent and restore normal ties with India in all aspects of life. It is expected that Khan under America’s tutelage will also withdraw support to China when Beijing needs it most.

All of the above demonstrates Pakistan’s immense strength, which India and America are exploiting to secure their interests and bolster their advantage over China and Pakistan. But in Khan’s eye Pakistan’s strengths are for sale, and if he is not stopped soon, Khan will weaken and dismember Pakistan.