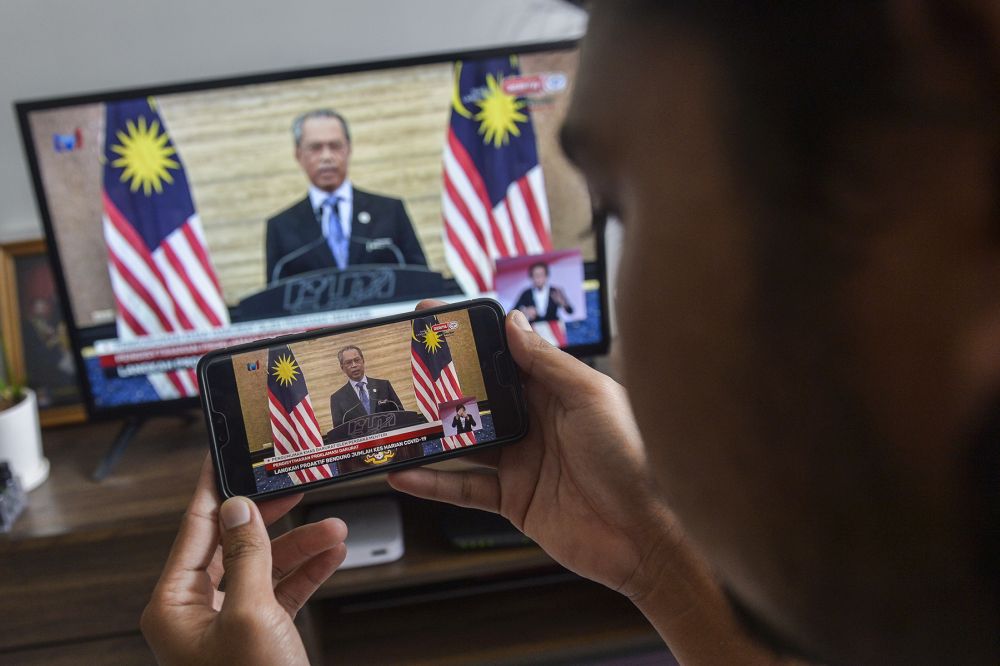 On the 14th of January, the Emergency Ordinance 2021 was gazetted. It was proclaimed by the Yang di-Pertuan Agong Al-Sultan Abdullah Ri’ayatuddin Al-Mustafa Billah Shah to safeguard the country from the economic threat posed by the Covid-19 pandemic. The gazettement is dated January 14th but takes retrospective effect from January 11th, 2021. Subsequently, the Prime Minister (PM), Tan Sri Muhyiddin Yassin announced the suspension of Parliament and elections during the nationwide state of Emergency that will last until 1st August 2021 or until Covid-19 cases decrease to manageable levels, whichever comes first.

Comment:
Amongst the worrying reactions of the public is the power given to the members of the armed forces where under the emergency ordinance, members of Malaysia’s armed forces “shall have all the powers of a police officer”. However, the worries were quickly quenched after the PM offered assurances that the emergency declaration was not an attempt to seize power. Nevertheless, opposition parties and political analysts are sceptical; words such as ‘with the current political chaos and instability, claims that the emergency state is there for the PM to keep his power, so that he doesn’t have to face parliament, and to have a free hand to run the country until the emergency is over’, is not uncommon. So, what is actually going on? Obviously, there are now two main questions that needs to be answered. Firstly, is it true that the country needs a declaration of emergency, or is it just a political decision by the PM to save himself and his party? Secondly, and more importantly, will the declaration of emergency be able to solve the chronic problems that are plaguing the country now? It is not really difficult to answer the first question. In today’s secular politics, politicians will never make a decision if it is not for their political interests. This is a fairly simple democratic political cipher, a Machiavelli-based cipher – the foundation of which is ‘benefit’. What needs to be done next is to wrap the ‘benefit’ with an excuse in the form of ‘..this decision is for the sake of the people and the country’. However, the second question is more subjective is more challenging. This is because it depends on which form of solution will be adopted during the emergency period. If the solution is correct, then, insha Allah the problem will be solved. But if the solution is exactly as it had been before, or probably worse, then surely the problem will never be solved.

It is common knowledge that declaring an emergency is the last resort for a government to free the country from the critical situation it is in. In other words, when all avenues have been taken and all have failed, the last option is to declare an emergency. If an emergency is declared, many things are no longer necessary in accordance with the existing constitution or law. This is one of the ‘benefits’ of an emergency ordinance – the political survival of the party that declares it. Things that are illegal by law are now allowed and this opens up opportunities in legalizing that which are forbidden. Although one can see some positive aspects in the emergency declaration, especially in ‘forcing’ stability in its different forms, but obviously, these may not even be observed. What is clear is that the decision has to be a beneficial decision for the declaring party – be it political survival or any other benefits. Whether the decision may or may not be good for the people and country remains to be seen.

Going back to the question of whether the declaration of emergency will solve problems faced by the country, it depends on who holds on to the government during emergency. If it is the same government that is still in power, then it will certainly not solve any problem. The problems that exist before the emergency existed during the rule of the current government and it was on this basis that it declared the emergency. Hence, if the power remains in their hands during the emergency, the problems will almost certainly never the solved! But, what if another party (or government) is in power during an emergency, will the problem be solved? The answer remains the same if the other party still adopts the same system. In actual fact, the real solution lies not with the declaration of emergency, or who rules the country. The solution to the problem lies upon the system and the way the problem is solved.

“Is it the judgment of ignorance that they seek? Who could be a better judge than Allah for people of sure faith?” [Al-Maidah 50]