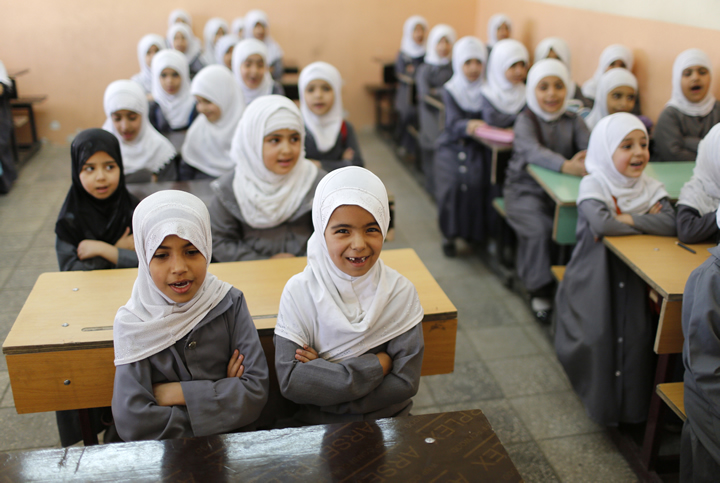 Education is a fundamental aim of society today. It’s one of the main UN Sustainable Development Goals, its attainment is the aim of almost every individual across the world. Currently, the focus of the education system is linked to statistics- how many students are in school? How far do they get? What’s the ratio of boys to girls in school?

The state’s main focus is on literacy and as citizens, our main focus is on reaching a level of education that allows us to move ahead in the world- not the thoughts that are being propagated during the time that students are receiving this education. There may be an argument that this changing- that the way the education system is judged is becoming more expansive but the basic issue is this: the Education system inculcates certain ideas in us.

These ideas were embedded into the education system on purpose- in order to weaken the youth and successive generations of people across the world, and strengthen the hold that the countries, now known as Advanced Economies, have over us.

“I have travelled across the length and breathe of India and I have not seen a person who is a beggar, who is a thief, such wealth I have seen in this country, such moral caliber, people of such caliber, that I do not think we would ever conquer this country, unless we break the very backbone of this nation, which is her spiritual and cultural heritage and therefore, I propose that we replace her old and ancient education system, her culture…” Lord Macaulay’s Address to the British Parliament (2nd Feb 1835)

This idea of impacting our thoughts and actions through the education system isn’t something that is unexpected. But it is something that we need to be aware of. We may have moved past the when the education system prepared individuals for streamlined industrial tasks, exemplified my Rockefeller’s quote ‘I want a nation of workers, not thinkers’, towards a situation where the focus on the need for students to build their critical and individual thinking.

However, that doesn’t mean that we are free from the capitalist ideals- an education system that develops critical thinking doesn’t automatically turn us into free thinkers- as we are taught to analyse, evaluate and think within the confines of liberalism.

To confuse the youth, corrupt educationalists work hard to convince students that they aren’t impacted by any other thoughts- the ideas on liberalism, religion, social justice, economy and numerous other subjects are their own, and as such they should embrace them with full confidence. But that’s far from the truth- they mold us into individuals who perhaps unconsciously work within, and support, the system. We unknowingly adopt ideas which are in conflict with Islamic ones thus building a warped personality

What’s important to acknowledge is that ideas always exist, and the education system will always build them within us. But as Muslims we have a choice, to recognize Islam as being something that we believe to be true and accepting the Islamic ideas ideas as a basis of our thoughts and personality.

This doesn’t mean that we become backward- quite the contrary, Islamic thinking has led to progress. In the past it produced strong individuals who flourished under the system. The Islamic State was flourishing, in every aspect, while Europe was stuck in the dark ages. The examples for this are numerous, from the determination of astronomical measurements, to the creation of the first illustrated surgical book. As Muslims, we should want to live in a society where the thoughts and ideas that we believe to be true play a dominant role in the society- the success comes as a result of this.

“O you who believe! Do your duty to Allah and fear Him. And seek the means of approach to Him, and strive hard in His Cause (as much as you can), so that you may be successful.” [Al-Maeda: 35].

(أُوْلَـئِكَ عَلَى هُدًى مِّن رَّبِّهِمْ وَأُوْلَـئِكَ هُمُ الْمُفْلِحُونَ) “They are on (true) guidance from their Lord, and they are the successful.” [Al-Baqara: 5]