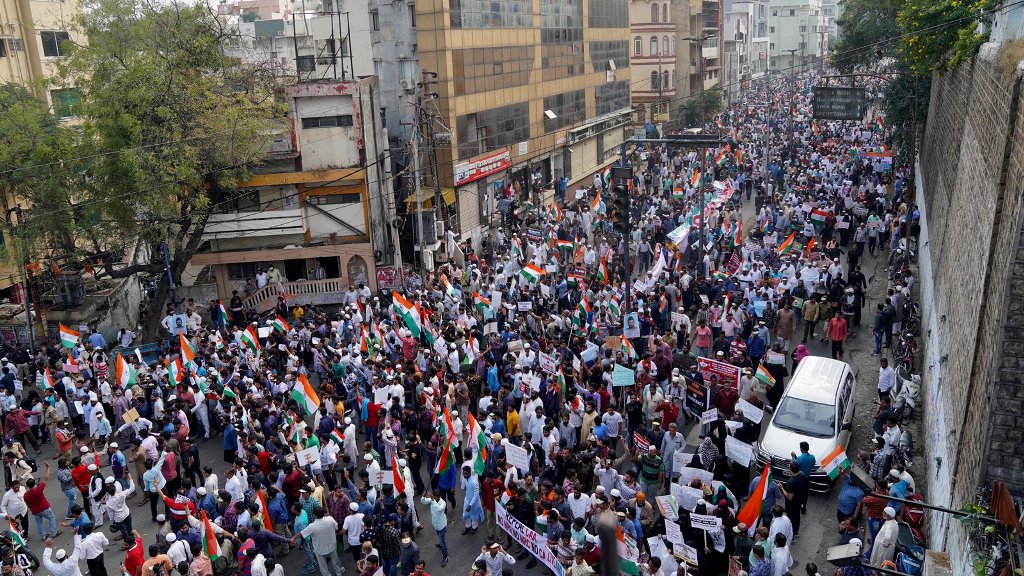 The ongoing debacle in India with the Citizenship Amendment Act (CAA-2019) and National Register of Citizens (NRC-2019), which are set to harm the livelihood of the Muslims exclusively, has unmasked the war against Muslims and Islam once again.

The so-called ‘largest secular democracy of the world’ has made the Muslims stateless overnight in the northeastern region of India by NRC and by passing the Citizenship Amendment Act 2019 (CAA-2019) on 11 Dec 2019, it decided to give shelter to the specified minorities (Hindus, Sikhs, Buddhists, Jains, Parsis and Christians) seeking refuge excluding the Muslims, so that the Muslims who have been living in India for generations or decades are made illegal by NRC process will not be able to seek citizenship due to the CAA-2019 Act. Muslims should not be under any doubt that making the Muslims rootless is the policy of the ruling BJP only, as we saw that the xenophobic citizenship act was approved in the Indian legislature’s upper house – the Rajya Sabha – where the BJP doesn’t even enjoy a majority. That is, the entire polytheist establishment of India is in a mission to extinguish Muslims by means of its democratic institutions, and the Muslims over there are afraid of losing their honor, lives and property. Also, we are witnessing the disgraceful silence of the Muslim rulers of this region during this entire period because they share the same interests with Western colonialists and their Mushrik agent against the Muslim Ummah. So, instead of protesting against Indian aggression on numerous occasions like Kashmir annexation, Babri Mosque verdict and Citizenship Act, we still see continued military and diplomatic cooperation with this belligerent state by Hasina government. And such shameless silence and betrayal from Sheikha Hasina is no surprise to us anymore as she, like all the other rulers of the Muslim lands, exists to serve the Western imperialist interests in this region. Hasina, like the Pakistan regime, is working tirelessly even at the expense of country’s strategic interests and resources to establish India as a regional police state to resist the emergence of the second Khilafah Rashidah (rightly guided Caliphate).

O Muslims! This collaboration with the Kuffar by our agent rulers together with the persecution on the Muslims by the Mushrik states is now at an all-time high due to the fear of the imminent return of the only alternative solution – the second Khilafah Rashidah on the Method of the Prophethood – to deal with the crisis that the Western imperialism has brought about. When the Western powers are anxious about the quick collapse of the Capitalist ideology as their own people have lost trust on their system, and they are miserably failing to maintain control on the Muslim lands, they have unleashed their Mushrik agent to uproot the Muslims in this region and asked our treacherous rulers to remain silent towards our misery and hand over our sovereignty to the enemy so that this Ummah becomes too weak to bring the righteous Khilafah.

O Muslims! When our enemy is worried about the return of the mighty Khilafah and thus in a mission to make us stateless and powerless, then is not it the high time that we channeled our efforts towards bringing back our shield – the Khilafah? Only by bringing this Mushrik India under the shade of the Banner of Okab – the Banner of the Prophet ﷺ – Muslims, as well as the people of all other religions, can live in peace and security in this region, and the 800 years of ruling of Islam in this subcontinent is a testament to this fact.

“The Imam is but a shield, behind whom the Muslims fight and by whom they are protected.” [Sahih Muslim]