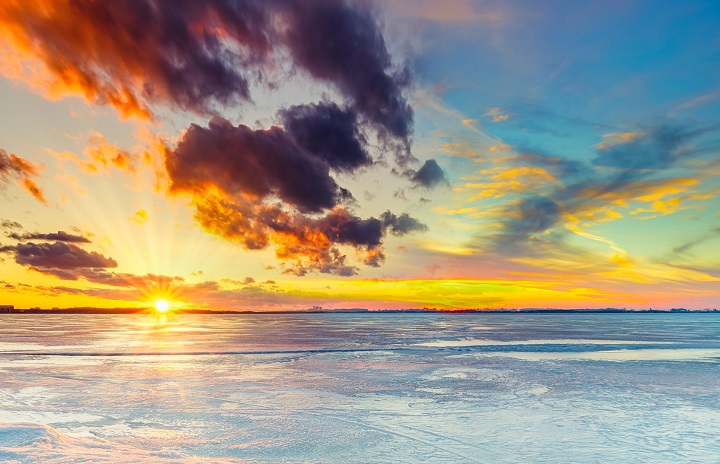 “Among the believers are men who have proven true to what they pledged to Allah.1 Some of them have fulfilled their pledge ˹with their lives˺, others are waiting ˹their turn˺. They have never changed ˹their commitment˺ in the least. *˹It all happened˺ so Allah may reward the faithful for their faithfulness, and punish the hypocrites if He wills or turn to them ˹in mercy˺. Surely Allah is All-Forgiving, Most Merciful.”

And in Surah An-Nahl:

“Honour Allah’s covenant when you make a pledge”.

On the authority of Abu Hurairah, May Allah (swt) be pleased with him: that the Messenger of Allah, peace be upon him, said: «آيَةُ المُنَافِقِ ثَلاثٌ: إِذَا حَدَّث كَذَب، وَإِذَا وَعَدَ أَخْلَفَ، وَإِذَا اؤْتُمِنَ خَانَ»“The signs of a hypocrite are three: Whenever he speaks, he tells a lie; and whenever he promises, he breaks his promise; and whenever he is entrusted, he betrays (proves to be dishonest).”

Numerous noble verses and honourable hadiths urge the believing slave to fulfill the covenant and promise and not to imitate the people of hypocrisy. Commitment to fulfilling covenants is one of the characteristics of the believers. For if a believer makes a promise, he strives to fulfill the promise, and does not imitate Allah’s enemies from the Kuffar and hypocrites. The fulfillment of the promise requires sincere intention and diligent work, and in this month, the month of goodness, we are not only keen on performing the obligation of fasting, but also on getting closer to Allah the Almighty by renewing our covenant with Him (swt) by carrying out His commands and obligations, and avoiding what He forbade, although the way to do so is long, difficult and hard, but the reward is great. A paradise as wide as the heavens and the earth.

The commitment to the promise and the sincerity of the covenant is faced with some difficulties and obstacles that stand in our way as individual Muslims and as a great Ummah. I will touch on here some of these difficulties, so that we may review some of our actions through them, and perhaps they will motivate the one who left an obligation or neglected it to review himself and rise immediately, and take advantage of the month of forgiveness and liberation from the Fire. To be in proportion to his covenant with Allah Almighty by his monotheism, obedience, following his law, glorifying his command and avoiding his prohibition.

Among the most prominent of these difficulties at the individualistic level:

“We have revealed to you the Book as an explanation of all things, a guide, a mercy, and good news for those who ˹fully˺ submit” [TMQ An-Nahl:89].

– Weakness of the aspect of fear of Allah (swt) in the hearts due to the neglecting of Allah and forgetting the abode of the Hereafter. With fear and apprehension the desires burn, the limbs are disciplined, and wilting, humility, humbleness, tranquility, and submission occurs in the heart. Allah (swt) said:

“and those who maintain whatever ˹ties˺ Allah has ordered to be maintained, stand in awe of their Lord, and fear strict judgment” [TMQ Ar-Ra’d:21].

– Failure to adhere to the truth, to rely on worldly distractions and temptations, and to follow whims and desires. Constancy is adherence to guidance, adherence to piety, restraining oneself and forcing it to follow the path of truth, and not paying attention to the distractions of whims, Satan, self-temptations and tyranny. Allah (swt) said:

“And all they said was, Our Lord! Forgive our sins and excesses, make our steps firm, and grant us victory over the disbelieving people.” [TMQ Aali-’Imran:147].

There are many obstacles and we cannot mention them all except that the Muslim person can overcome all of them by knowing the purpose of his existence in life that he is a servant of Allah (swt), and there is no deity but Allah (swt), He is the Lord of all, their Creator and the Controller of their conditions, He is the Benefactor, the Distresser, the Withholder, the Giver, the Provider for the servants, in His hand is the management of all the matters, Glory be to Him, the Exalted, as a result persistence and steadfastness upon the truth generates in the soul of the Muslim, as well as sincerity of faith, good reliance, fear of Allah (swt) and good thought of Him, in order to prepare the right condition for the oneness of Allah, obedience to Him, glorifying His command and avoiding His prohibition. Cooperating in righteousness and piety, enjoining good and forbidding evil, and other forms of goodness and good obedience that achieve the servant’s fulfillment of his covenant with his Creator, Lord of the heavens and the earth.

As for the difficulties and obstacles at the level of the Ummah as a whole, the West has deliberately created many of them in order to prevent the Ummah from returning to its Deen, the most prominent of which are:

– The implementation of the Book of Allah (swt) and the Sunnah of His Prophet (saw) was suspended, as they were disrupted from people’s lives, and the Qur’an became deserted, and Allah’s Shariah was replaced by man-made laws, so Muslims became ruled by Kufr systems that brought calamities and tribulations upon Muslims, and the worst of the matter is that the Ummah begs America and Europe to solve its problems instead of rejecting this humiliation and degradation, overthrowing the tails of colonialism, and returning to itself glory and dominance again! For Allah (swt) says:

“It is only Allah Who decides. He has commanded that you worship none but Him. That is the upright faith, but most people do not know” [TMQ Yusuf: 40].

– Dividing the Islamic Ummah and severing its bonds after the Islamic state was torn into more than seventy weak entities, and the Kafir West appointed a guard over each entity, rather a servile slave to it, protecting its interests and ideas and implementing its malicious schemes against the Ummah’s children. They plunder its bounties, slaughter its children, and rape its women in full view of the world, and no one moves a finger! As the bond that binds Muslims has become the national, patriotic or a bond based on interest, which increased division, selfishness and rupture between the sons of one Ummah until they forgot what Allah‘s (swt) said:

“And hold firmly to the rope of Allah and do not be divided” [TMQ Ali-’Imran:103]. The absence of good and just leadership for managing people’s affairs and taking care of them, which would create the right atmosphere for the establishment of a cohesive society that adheres to all its covenants with the servants and the Lord of the servants. The Ummah needs someone who applies Allah’s law upon it in order to get it out of this misguidance, rebuke it and prevent it from these evils, and this will only happen in the presence of the Muslim imam, as told by the Commander of the Faithful, Uthman bin Affan, may Allah be pleased with him: “Allah enforces with the authority what is not forfeited by the Qur’an.”

This is the tip of the iceberg of the difficulties and obstacles that stand in the way of both the Muslim individual and the Ummah as a whole in the way of their commitment to their covenant and the fulfillment of their promise with Allah (swt). No, we will not calm down and will not be satisfied in the face of all difficulties and we will work to remove them and restore the taste of pride and empowerment, and restore the leadership and sovereignty that was in us to continue spreading the message of Islam in the world.

“And on that day the believers will rejoice*at the victory willed by Allah.” [TMQ Ar-Rum: 4-5].

So come to work and do not turn back, do not be inactive, do not falter, and do not fall behind, for this is the month of liberation from the Fire, so free your necks from it, may Allah (swt) have mercy on you.