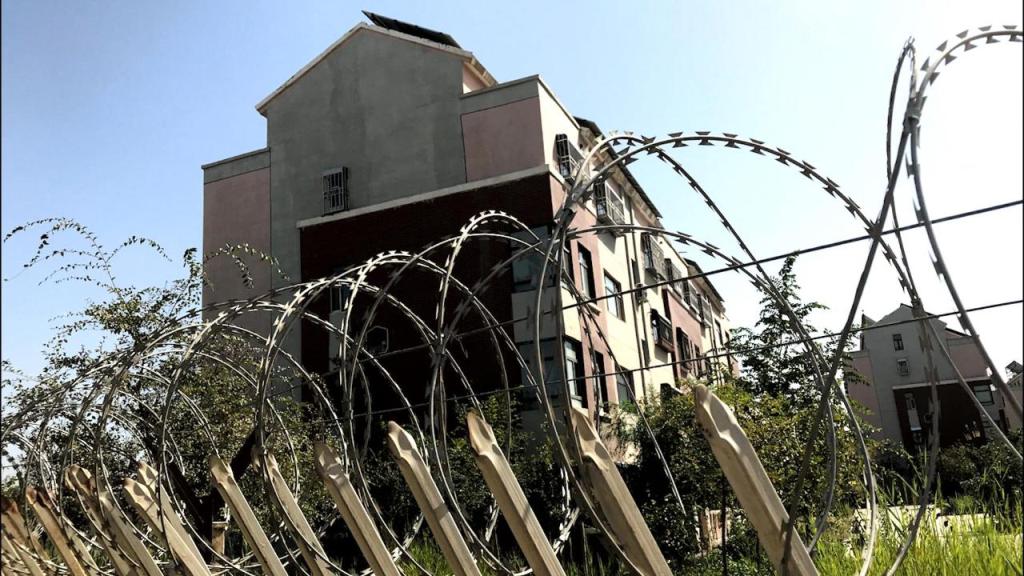 According to a new report issued by the Associated Press (AP) on Monday 29th June, the Chinese government’s aggressive policy of forced birth control imposed on the Uyghur Muslims of East Turkestan to slash the size of their population, is even more widespread, intensive and systematic than previously known.

The AP investigation was based on government state documents and interviews with 30 ex-detainees from China’s Muslim internment camps as well as a former detention camp instructor. It revealed that over the past 4 years, the Chinese regime has subjected hundreds of thousands of Uyghur Muslim women to intrusive pregnancy checks, forced intrauterine devices (IUD’s) used as a contraceptive measure, sterilization and even abortion, as part of its ruthless anti-Muslim ‘eugenic’ campaign in the region. Meanwhile, the regime has been encouraging the non-Muslim Han Chinese population to have more children. Those Uyghurs who do not comply with the state’s draconian birth control policies which limit couples to having no more than 2 children, face the threat of heavy fines amounting to thousands of US dollars or detention in the country’s internment camps in which 1 million Muslims have already been incarcerated as part of the regimes agenda of political indoctrination of the Uyghur population with atheist communist beliefs. Reports have previously emerged of women in these camps being injected with unknown drugs to chemically sterilize them or being subjected to forced IUDs. Police even raid Uyghur homes looking for hidden children, while local governments have set up systems to reward those who report ‘illegal births’. According to the AP investigation, birth rates in Uighur regions has dropped by 60% from 2015-2018 and continue to plummet, with a decrease of nearly 24% last year alone compared to a national drop of 4.2%. The report also stated that by 2019, ‘Xinjiang’ authorities planned to subject at least 80% of women of child-bearing age in the rural southern four Uighur majority prefectures to intrusive birth prevention surgeries such as IUD’s or sterilization, and in 2018, 80% of all new IUD placements in China were performed in Xinjiang which has a large Muslim Uyghur population. All this has created a climate of terror amongst the Uyghur Muslims around having children – one of the most basic rights of a human being!

This heinous policy of the Chinese government is simply another means of altering the balance of Muslims and non-Muslims in East Turkestan to diminish the numbers of the Uyghur Muslim population through genetic social engineering and wipe away their Islamic culture and identity. The regime has previously given financial incentives for Han Chinese to move into the region, and for intermarriage between Han Chinese and Uyghurs. However, within this capitalist world order, there is no government that dares to take any significant stance against China for fear of economic repercussions, for under the capitalist systems of the west and Muslim lands – financial gain and national interests will always outweigh the concept of humanity without exception. Indeed, there is no state today which genuinely stands for justice and against the oppressor. Rather, these governments have given the green light for oppression to thrive through their inaction. Furthermore, no hope should be placed in the impotent and defunct United Nations to end this cultural and demographic genocide against the Uyghur Muslims, for it has proven time and again, unwilling to take any significant tangible action against dictatorships unless it is in the political and economic interests of its key Western backers.

O Muslims! There will be no end to the relentless subjugation of our brothers and sisters in East Turkestan without the establishment of the System of Allah (swt), the Khilafah (Caliphate) based upon the method of the Prophethood. There is no other system which sincerely represents the interests of the Muslims and that will move to their defense without a moment’s hesitation. Its legacy is not one of idle talk about protecting the rights of Muslims but one that is filled with countless examples of how it stood as a beacon of justice in the world and a defender of the oppressed. So, we call you to work to establish this glorious system without delay which will demolish the state of fear that Muslims live within in all corners of the world today and bring a new dawn of security and happiness for our Ummah.