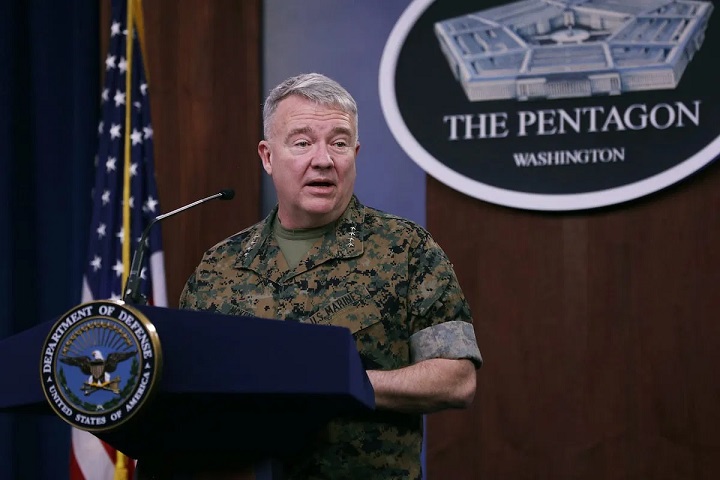 According to media reports, US troops are to be deployed on Pakistani soil near the Durand Line after their withdrawal from Afghanistan. This comes at a time when General Kenneth F. McKenzie, Jr., commander of US Central Command, recently told the Associated Press that the US is negotiating for overflight rights and troop basing in Central Asia to monitor and keep an eye on Afghanistan after leaving the country.

In fact, the main reason for the US military withdrawal from Afghanistan is their disgraceful defeat under the agenda of ‘war on terror’ in the country. But before suffering from any catastrophic aftereffects of this defeat, the US cunningly turned to strike the Doha Agreement – under the pretext of peace talks – to conceal its humiliating military defeat. As for now, the US is trying to establish military bases in the region to secure its provocative presence in the countries close to Afghanistan.

The contemporary history has shown that the presence of occupations and colonialists, whatever their name or address, has plunged countries into grave crises for they have ignited flame of war, triggered sectarianism and extended corruption. For the past twenty years, the US has escalated instability and the fires of war in Afghanistan, and it is now trying to destabilize the region by spreading the fire of war to Central Asian countries and Pakistan to increasingly secure its influence in the region. China, meanwhile, is one of the targets because of which the US tries to strengthen its influence throughout China’s buffer zones to fence-off and challenge its economic ambitions.

Hizb ut Tahrir sincerely asks the Muslim people of Afghanistan, Pakistan and the region to stand against the betrayal of their puppet rulers by not allowing the region to once again undergo a series of various destructive upheavals. Now, it is an appropriate time for the Muslim people of Afghanistan and Pakistan to question themselves that to what extent have the Muslims of Afghanistan and Pakistan suffered casualties and financial losses during the twenty years of US occupation of Afghanistan, being supported by Pakistani and regional stooges? Do you really feel comfortable with the American series of horror and crime continue with the establishment of new military bases in the region?!

Consequently, we call upon the sincere elements in the armies of Pakistan and the region, who are honest with Allah (swt), His Prophet and the Muslims, to resist persistently against the continuation of the US’s sinister presence in the region. Instead, you must try to eradicate the roots of US military, intelligence, political, and intellectual influence and keep struggling for the re-establishment of the Caliphate (Khilafah Rashidah) based on the method of Prophethood as promised by Allah (swt) and His Messenger (saw). It is, indeed, a great opportunity for those who prefer ‘Honor’ against ‘Betrayal’ to give Nussrah (support) to the system of Allah (swt) to gain the status of Ansar by the end of the time.

“And do not be inclined to the wrongdoers, or you will be touched by the Fire. For then, you would have no protectors other than the Exalted and the Mighty Allah SWT, nor would you be helped!” [Hud: 113]