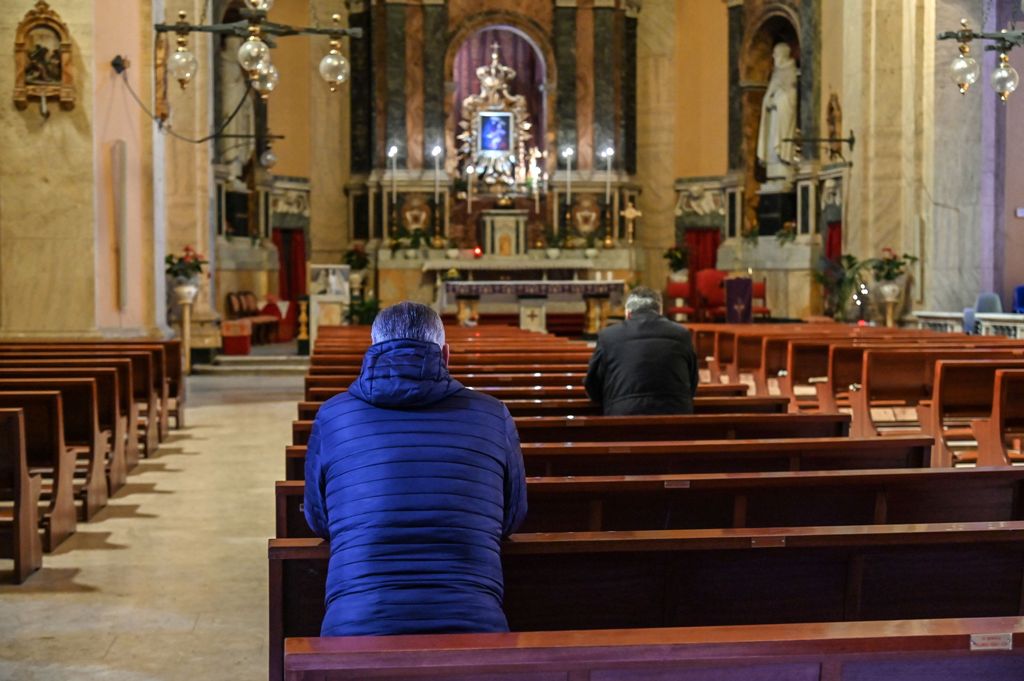 Recent research suggests that there is a global decline in religion. Looking at the Western society, and the rise of secular liberalism, this doesn’t come as a surprise. According to an article in Foreign Affairs, there is a growing number of people who “no longer find religion a necessary source of support and meaning in their lives.” They “have become less religious in part because they no longer need to uphold the kinds of gender and sexual norms that the major world religions have instilled for centuries.” The Foreign Affairs article focuses on the decline of religion in Europe and Asia. But according to the BBC, this decline is found in the Middle East and North Africa too with a growing number of people claiming to be less religious. 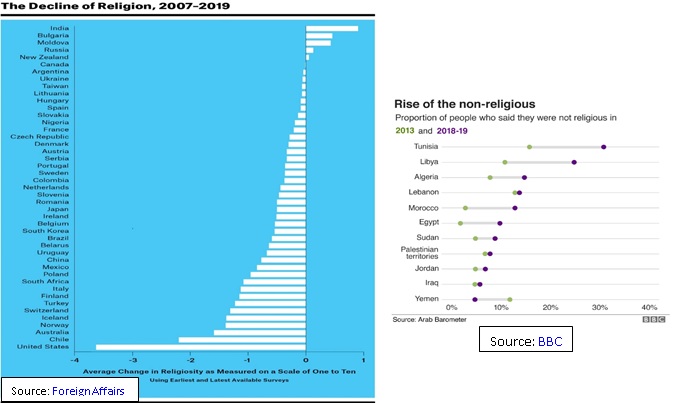 Should the decline surprise us?

No, the decline in religion shouldn’t come as a surprise. The very basis of secular liberalism is that religion is confined to personal worship and as such, it has no role in organising and governing society’s affairs. Religion is seen as a personal belief that is practiced in private. As such, we are living in a world which is increasingly secular and gives “increasingly high priority to self-expression and free choice, with a growing emphasis on human rights, tolerance of outsiders, environmental protection, gender equality, and freedom of speech.” (Source: Foreign Affairs)

The reality is this – the decline of religion in an increasingly liberal society shouldn’t surprise us.  They have a society where religious ideas aren’t the basis of thoughts and actions, liberalism is. As a result, religion isn’t a part of people’s lives. Economic benefits the focal point for decision-making. Morality is an issue that’s debated based on benefit and individualism. And religion is used as a tool for politicians; to maintain support for the liberal system in countries that were once deeply religious, to ensure social cohesion as the individualism in liberalism breaks social bonds and propagates ideas such as ‘survival of the fittest’.

This secularization hasn’t led to a stable society. Quite the opposite, it’s created and exacerbated a variety of problems without any solutions. Racism, Sexism, Transphobia, Sexual Abuse, Gun Violence, Murder, Torture, Genocide; these are just a few examples of the problems that the liberal society is unable to solve.

The statistics about the decline of religion shouldn’t agitate us, it should make us think. With the rise of discontent in Western society and the impact of COVID, we are at a turning point in history. The Western system is full of cracks and those cracks are getting larger and more apparent. They are looking for ways to fill those cracks, or redirect our attention by spreading anti-religious sentiments, anti-immigrant sentiments. It’s a tactic they’ve always used when they are having problems- create an enemy so that both the Muslim Ummah and their own people don’t look for an alternative and find the solutions to their problems in Islam. But this should remind us why we need to work towards the establishment of the Islamic State and see the reality of today as an opportunity.

We need to remember that Islam isn’t like other religions – it contains comprehensive ideas and solutions to human problems and affects every aspect of our lives. The history of Islam and the success of the Islamic State is a testament to this. The current state of affairs and the decline of religion is expected because Islam isn’t implemented in its entirety.

We need to re-establish the Islamic State

We can’t actually separate religion from the state – we need a basis to guide our actions and as the current reality shows, our human minds with the opposing whims and desires, aren’t the basis of judging right and wrong. As such, religion isn’t something that can be side-lined to our individual life, there are too many problems and contradictions that arrive. Religion can’t be confined to one aspect of our lives. That isn’t a problem is Islam – if it’s implemented as it should, with the re-establishment of the Islamic State. الْيَوْمَ أَكْمَلْتُ لَكُمْ دِينَكُمْ وَأَتْمَمْتُ عَلَيْكُمْ نِعْمَتِي وَرَضِيتُ لَكُمُ الْإِسْلَامَ دِينًا “This day have I perfected your religion for you, completed My favour upon you, and have chosen for you Islam as your religion.” [Quran, 5:3]

It’s also important to remember that while the Western system and its followers have tried to push us to adopt liberalism, the Muslim Ummah has maintained their attachment to Islam. 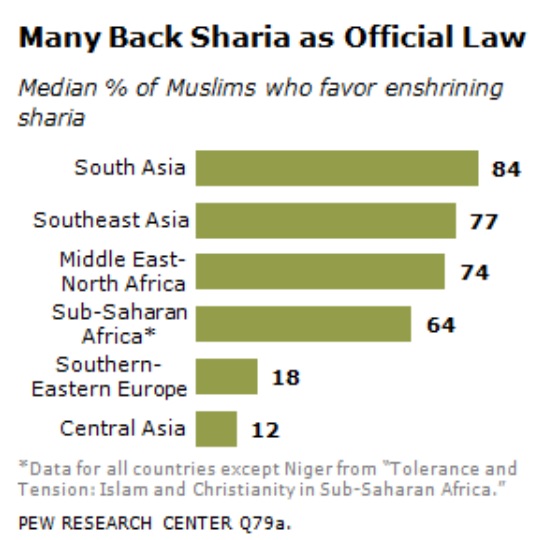 But we mustn’t forget that Islam is not being implemented as it should. Re-establishing the Islamic State means accepting that Allah’s Laws are the basis of all of our decisions. We can’t have a system which is secular, and then expect Islam to fit into it. Under Islam, morality isn’t a matter to be debated. Allah, Our Creator, who knows us best has given us laws on how to treat one another.