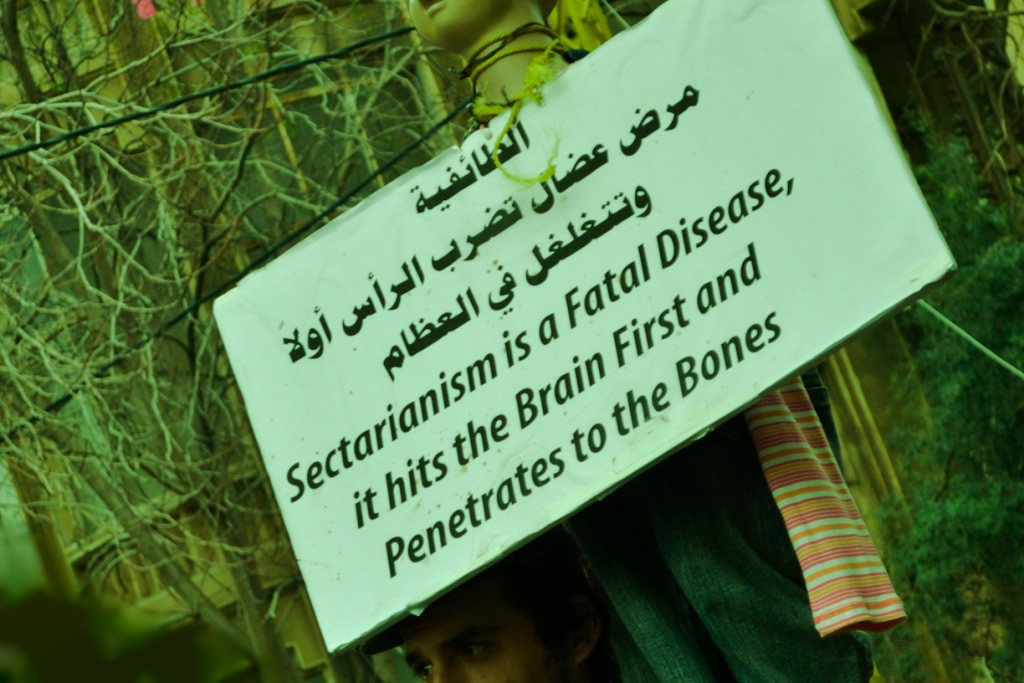 The Mayor of Ardeh in Zgharta district said that he would not give a statement of contents to a buyer who is a stranger to the town and non-Christian, even if the price was imprisonment by law. He stressed that “the priority is to preserve national unity, calling the Sunni (Muslim) buyer in Ardeh not to buy in the region because this would play with the demographics of the region, which challenges the principle of coexistence”.
We have warned against the danger of racism in our leaflet entitled “Leave it for it is Rotten; Putrid Racism and Sectarianism that has gone beyond all limits.”

Where it is stated: “The statements made by the symbols of racism, especially the President’s current, towards the displaced people in Lebanon exudes deep hatred that have been repeated throughout history, and putrid racism whose odors have suffocated the noses, and whose sectarian motives are not concealed. Thus, to turn the political discourse into a fascist racist speech is of such gravity that its motives and repercussions are raised to a historical crime similar to that of the Crusade wars.”

It is stated in the same leaflet: “The matter has gone beyond the limit of the sectarianism of political discourse to racism. Fueling hostility between societies to cover up the washed up political system in Lebanon and covering up the lack of political concept of governance among the leaders of the sects who continue to spoil the land, air and sea in this country is a dangerous slide, the people of the country must put an end to it.

Therefore, these attacks on the people of Syria and their repercussions are more serious than their perpetrators and the instigators perceive.” End.

And here is the head of a small municipality launches racist statements, rather he practically implements his racism according to the slippery slope we warned against.

This government in its composition is committing the greatest crime against the people of the country, which is sowing discord and spreading discrimination between people. Had it not been for the overwhelming racist discourse of the leaders of this country, the mayor would not have dared to say, “He would not give a statement of contents to a buyer who is a stranger to the town and non-Christian, even if the price was imprisonment by law.” For he sees, due to the stupidity of this authority, that his sectarianism and racism have become above the law.

We in Hizb ut Tahrir repeat and reiterate our warning to this authority that racist discourse is the highway to self-destruction, and that the duty is to stop it immediately. Otherwise, there will be dozens like the mayor of Ardeh, and then the catastrophe falls on everyone’s heads.