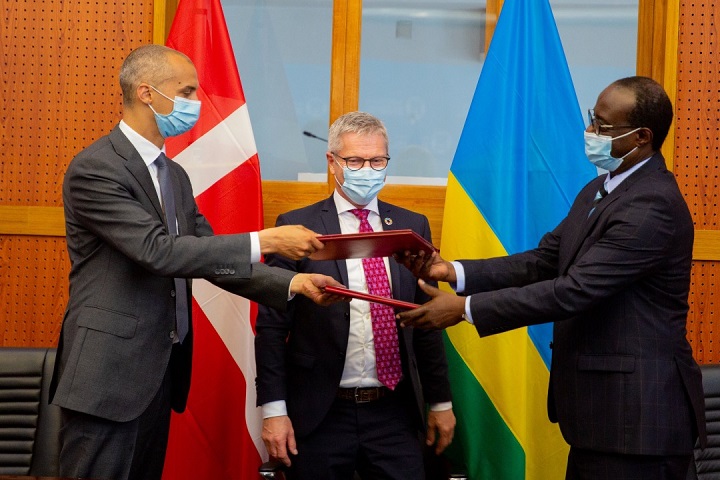 According to the Danish newspaper Berlingske Tidende, the Danish Minister of Integration and Migration, Mattias Tesfaye and the Minister of Development, Flemming Møller Mortensen, signed two co-operation agreements with the Rwandan government on asylum and migration co-operation, following a visit to Rwanda.

The Danish government has also been in dialogue with countries such as Ethiopia, Egypt, Tunisia and Rwanda regarding asylum cooperation and the use of these countries as recipient countries for the refugees the government wants to deport.

Comment:
The only country in the world that has so far tried to deport refugees to Rwanda is the Zionist occupation. An agreement was reached in 2014 between Rwanda and the Zionists to send refugees from Eritrea and Sudan to Rwanda and Uganda.

In 2018, refugees from the Kiziba Camp in Rwanda protested against reduced food rations, after which local police fired shots at them, killing 12. The perpetrators were left unpunished, while some of the refugees who led the protests were imprisoned and are facing 20 years in prison.

During the same year, Netanyahu tried to force a larger number of refugees to be deported to Rwanda, but the plan was dropped due to protests in front of Rwanda’s embassies in several countries.

The similarities between “Israel” and the Danish government were clear when the Zionist apartheid was shown support two months ago by the Danish Prime Minister’s infamous vaccine visit. It seems that Denmark is going to be further inspired by the terrorist state.

Just as the visit at the time was a symbolic show of support to Netanyahu, this agreement with Rwanda’s regime helps to legitimize a regime that arbitrarily arrests, abuses, and tortures political opponents.

Egypt is even mentioned as a possible destination, even though the dictator Al-Sisi tortures and executes political opponents. It is a legitimization of the murderous dictatorships in the Muslim world.

The Danish government has already expressed its acceptance of the criminal Assad-regime in Syria by demanding Syrian refugees who have lived in Denmark for years to return to Syria as the Danish state considers Syria to be “a safe country”.

The “humane asylum system” clearly seems to be nothing less than an inhumane deportation system. By this, the Danish government’s racist and cynical views of other people are made clear and obvious.

Xenophobia and contempt of people who think and look different, is rooted in European culture.

The Danish government are going against own principles and self-proclaimed values, to repatriate refugees. These double-standards have permeated the European refugee policy, and exposed the myth of the liberal European culture, “human rights” and tolerance.