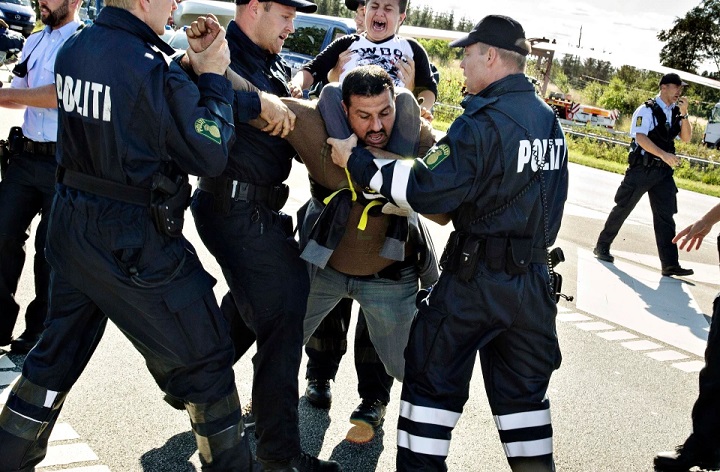 The Danish government has agreed to send barbed wire fences to Lithuania, in a deal with the Lithuanian government to enforce Lithuanian border control. This will contribute to the construction of the border fence to be built on the border between Lithuania and Belarus, which is the EU’s outer border from East.

This aims to block access for refugees coming mainly from Afghanistan and thereby “protect the EU’s external borders” as described by the Danish Minister of Immigration, Mattias Tesfaye. According to the plan, the border fence will stretch over 500 kilometres, and with the recent delivery, the Danish government is responsible for barbed wire fences amounting to 15 kilometres of this border setup.

For this reason, the Spanish Interior Minister described the removal of them as a stop to the use of “bloody methods”, when the Spanish government in 2019 decided to remove these fences around Ceuta and Melilla, the two Spanish occupations bordering Morocco. They were removed, as these fences had been the cause of several deaths around these borders.

The use of these fences has been banned in the past, in other parts of the EU, and several human rights organizations have criticized the use of the fences for being inhumane.

This, however, does not prevent the EU from using the same barbed wires in the eastern front in order to “tighten” the EU borders. The Immigration spokesman of the Danish Government party, Rasmus Stoklund, replied in an interview when asked, that it is people’s “own fault” if they try to cross the border and are maimed by the deadly wires.

The Danish government is, furthermore, open to sending the same barbed wire fence to Turkey and has granted millions for this and for the training of border guards. Thus, Denmark is contributing to a more vicious policy against refugees and European border control that is only becoming more barbaric and inhumane, where Greek border guards beat and shoot at refugees and the boats they are arriving with in the Mediterranean.

Refugees are seeking security and protection on the back of the West’s own warfare and occupation of Muslim countries and are then treated as pests. The refugee conventions to which Denmark and European countries have committed themselves to are avoided, if not completely ignored.

Children of parents with Danish citizenship have been left in refugee camps in Syria and branded as unwanted. Refugees have been told that they must return to Syria under the pretext of safe conditions claimed by the Danish government. Other refugees are aimed at being deported to asylum centres in Africa under dictatorial regimes. The Danish government’s xenophobic measures against refugees and the latest with these barbed wire fences are no exceptions, and this is not the last draconic measure to be launched.

The European facade of humanity and tolerance has long been shattered, and intolerance is becoming apparent to more and more people as one draconian decision after another is brought forth. The Western values of freedom are rapidly cracking before everyone’s eyes through the hands of Western governments and their inhuman refugee policies.