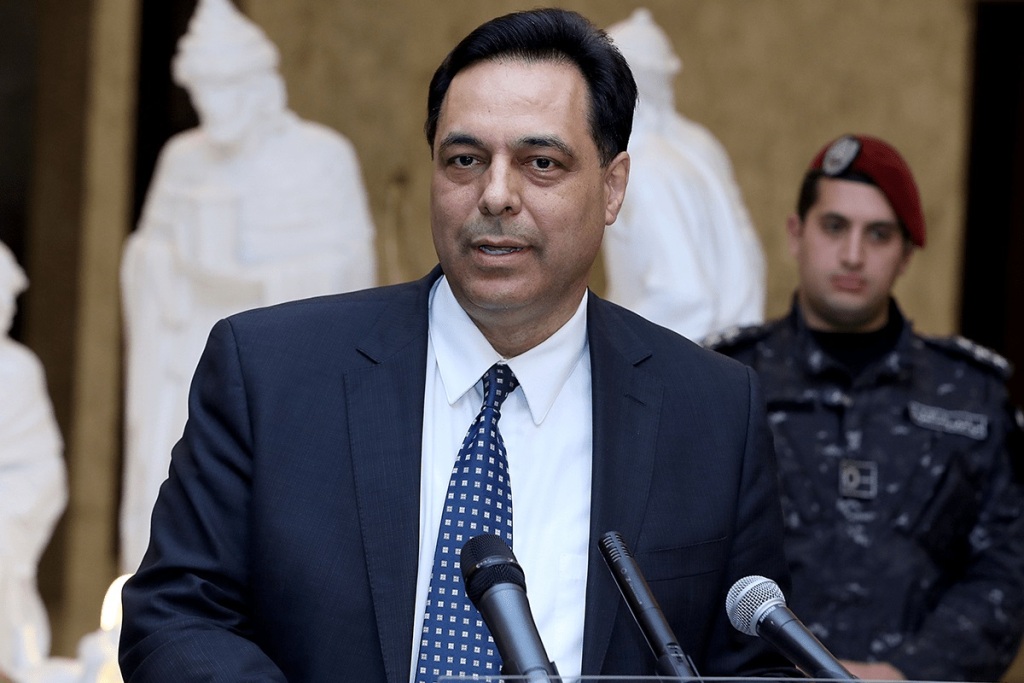 Ministers from the Political Class were Inserted from Every Door!

The country’s political demons manipulate the spontaneous movement and its people, occupying people for days and nights with a devaluation of the Lebanese pound against the US dollar, then in a theatrical moment, on the eve of the government’s announcement on 21/1/2020, the Money Exchange Association announced, under the pressure from the bank, its ruler and authority, through an official statement, which has no legal capacity, it announced the fixing of the exchange rate of the pound against the dollar in the parallel market, at two thousand pounds per dollar! Yes, just like that, because this authority and this ruler did not move them the stifling crisis nor protecting the country from collapsing, rather the purely political decision was passing the government that was announced hours after the union’s statement! In fact only after days from the secret visit of the American treasurer Richard Harvey!!

The Diab government, which was announced on Tuesday evening, 21/1/2020, after going back and forth in the street, pressing on those who spoil the ruler of the country, the Iran party, and behind it is America indirectly, through the state that rotates around its orbit meaning Iran, or through the agent of America in the neighborhood, the tyrant Bashar’s regime, which the administration of America seeks to save through the Lebanese lung, after the great deterioration of the Syrian pound, and the fear of the escalation of the people’s revolution there. The government formation, that Diab claimed, is from technocrats, and the least look at the names shows the loyalties of these ministers and their subordination to the demons of the corrupt political class, as it appeared that they were politicians’ shares without shame. As a result, the rest of the rising street called it a government (techno quotas), in an expression to show that it appears to be a government of ostensible specialists, while in reality it is a government that represents the quotas of politicians.

A funny government that makes you cry at the same time due to the ministers, who do not belong to specialism except by name or who were placed as ministers not for their competences but solely to please the president and his son-in-law, or the party of Iran, or the president of the council, or the “giant” of Zgharta, or “the prince” of the mountain… And before all of these, but most importantly, the pleasure of their American master. As for the people, their mobility, pain, screams and rejection, is responded with tear gas, water cannons, sound bombs, rubber bullets, the arts of repression and cracking in the entity of warlords and political sectarianism, and sectarian quotas… A government that begins its work with a statement by Energy Minister Raymond Roma who said: “Electricity 24/24 is not going to come in six months…” so have the glad tidings of a long safety oh Mirba!

Whatever the ways of forming this government, it is definitely a government that passes time, to abort the rest of the people’s movement and try to get them out of the street, and prevent early elections that expose the depth of the crisis of traditional politicians, who still want to deal with America, even though the election fund in Lebanon is in the hands of the corrupt class, who runs it with its own interests and those of its masters. A government, even though temporary, is the product of the American approach refusing to change its agents regime through revolutions or mobility in the street, no matter how much it costs, and what happened in Syria and Egypt and what is happening in Iraq is not far away.

O people, with a full mouth we say to you: There is no change from within this system, nor reform with politicians such as these or the likes of them, but the solution is to turn this whole system over the heads of these people, and replace it with a system that represents all of you. And we do not see that except in the system of the Lord of the Worlds and you joining the path of change in the region in general and Ash-Sham in particular, which calls for the establishment of a system of justice and righteousness, a Khilafah Rashida (righteous Caliphate) upon the method of Prophethood, which takes care of the affairs of people, all people, so make up your decision, so Allah the Almighty brings you relief soon.

“Say: “Is there of your (Allah’s so-called) partners one that guides to the truth?” Say: “It is Allah Who guides to the truth. Is then He, Who gives guidance to the truth, more worthy to be followed, or he who finds not guidance (himself) unless he is guided? Then, what is the matter with you? How judge you?” [Yunus: 35]