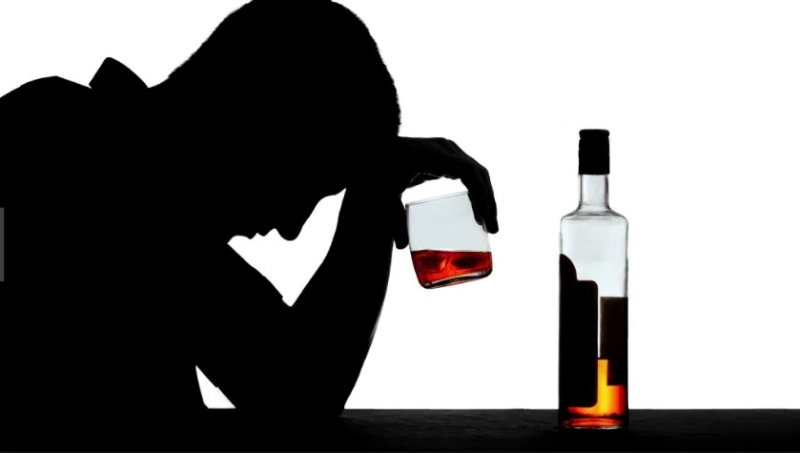 Even the smallest amount of alcohol is bad for your health, a new study has found.

The Global Burden of Disease study reveals that although moderate drinking may protect from specific diseases — particularly ischaemic heart disease and diabetes — the positive effect is completely offset “by the risks associated with cancers, which increased monotonically with consumption.”

Published this week in The Lancet, the study is one of the most significant to date, according to the researchers due to the breadth of its data.

Researchers looked at data from 195 countries and territories between 1990 and 2016 from people aged 15 to 95 years old who did not drink at all or had just one drink a day.

“The level of consumption that minimises health loss due to alcohol use is zero,” the authors wrote.

For many years, we were told a narrative that supposedly alcohol, particularly red wine, in small doses has a positive effect on human health.

Secular people, who are far from religion, argued their opinion with that so called fact while criticized Muslims for explicit prohibition of using alcohol in Islam. Some Muslims tried to adapt their arguments when faced such critics with the following ayah of Holy Quran:

They ask you (O Muhammadﷺ) concerning alcoholic drink and gambling. Say: In them is a great sin, and (some) benefit for men, but the sin of them is greater than their benefit

They argued that Allah (swt) in this ayah exactly says about the benefit of alcohol.

Revelation of that benefit and insisting on absolute harm of alcohol once more confirms us the obvious truth of two points:

1- This is not the first time when attitude to a thing or a phenomenon in the shade of man-made systems radically changes to opposite: from positive to negative or from negative to positive. The lack of clear guidance forces followers of the capitalistic ideology to constant roaming while searching for correct solutions for the problems of society and individuals.

Let me mention only one example. In 1952, the famous mathematician and cryptographer, Alan Turing, the inventor of “Turing machine” was charged with homosexuality and since it was a criminal offense in Britain, he was forced to go through chemical castration. It resulted in his resignation from Government Communications Headquarters (GCHQ), and later probably lead to his suicide.

Nevertheless, in 2009, following an Internet campaign, British Prime Minister, Gordon Brown, made an official public apology on behalf of the British government for “the appalling way he was treated.” Queen Elizabeth II granted him a posthumous pardon in 2013.

This is the essence of man-made systems, where what is forbidden yesterday becomes permitted, and even obligatory, forcing mankind to roaming in darkness of own surmises and assumptions.

2- This discovery once more proves to the Muslims the falseness of arguing orders and prohibitions of Allah by so called scientific discoveries and facts. All of us witnessed situations when call for Islam turned to call for positive effect for health of 5 times prayer, fasting and other Shariah laws.

Attempts of some dawah carriers to make Islam attractive for people frequently leads to twisting of Shariah texts.

For instance, the ayah about the prohibition of gambling and alcohol mentioned a benefit but that does not imply the benefit for health.

Famous mufassir, Tabary, in his tafseer of this ayah says that the mentioned benefit means material benefit that people earn from gambling and selling alcohol.

Discourse of benefit for health in implementing of Shariah laws changes discussion to a wrong way, which twists the call to Islam in such terms that, as a result, this call has nothing to do with dawah of Prophet Muhammad ﷺ. Muhammad ﷺ is the best dawah carrier and the best example in that issue of dawah, and he never argued rightness of Islam with scientific discoveries.

An as a result, if we want to the Ummah to be a sincere and a God-fearing Ummah, like the generation of first Muslims, and if we want the Islam to be spread in the same impetuous manner like in first centuries of Islam when people accepted Islam by crowds, we are obliged to follow the path of Prophet ﷺ without withdrawal from it even on a step.

Islam is not in need for his rightness to be proved by changeable scientific discoveries. Islam has its own rational evidence for the existence of Creator, prophetic mission of Muhammad ﷺ and divineness of Holy Quran.