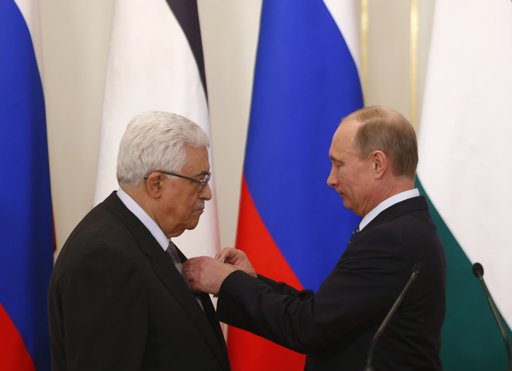 The Palestinian Authority’s Ministerial Council announced on 17/01/2016 its intention for the acquisition of a part of the land Sabta Al-Maqaam by the Russian Orthodox Church (Al-Maskubiyah) in the city of Hebron (Al-Khalil).

This announcement came after desperate attempts of the PA to give ownership of this land through the official institutions. These attempts began by applying pressure upon the land’s authority after the refusal of the special committee for the request for ownership due to its illegality. Then pressure was applied upon the court and judges and measures of intimidation were practised to divert the sincere from standing in opposition to it. However, due to the stance of the honourable men from the family of Tamim and the influential notables of Al-Khalil (Hebron) and their people the transferal of ownership of this land was prevented. Now the PA, in an open ploy, has come to circumvent the people and judiciary announcing its intention to take ownership of the land for the benefit of the public treasury which will then facilitate and make it easy for the PA to give ownership of this land to the Russians.

The insistence of the PA to grant ownership of the land to the Russian Church was in response to the criminal Russia’s dictates to the President of the Palestinian Authority Abbas and it represents an act of treachery to Allah, to His Messenger and to the believers. That is because this land is from the Waqf (endowment) of the Noble Companion Tamim Ad-Dari (ra) which was endowed to him and his descendants who followed him by the Messenger of Allah ﷺ and he put this down in writing for them:

“In the Name of Allah Ar-Rahman Ar-Raheem, this is a letter from Muhammad the Messenger of Allah ﷺ to Tamim Bin Aws Ad-Dari, that to him belongs the village of Habra and Bait ‘Ainoun, the whole village including its plains, mountains, water, arable land, vegetation and cows (livestock) and to his descendants that come after him. No one will challenge him in it and no one will come to them unjustly, so whoever oppresses them or takes anything from any of them, then he will have the curse of Allah upon him and the curse of the Angels and the people as a whole”.

Then when Umar Ibn Al-Khattaab (ra) became the Khalifah and Allah made him prevail over Ash-Shaam, Tamim Ad-Dari came to him with the letter of the Messenger of Allah ﷺ and ‘Umar (ra) said that he is a witness over that. So he gave it (the land) to him and said to him:“ليس لك أن تبيع”  “It is not for you to sell” meaning that the neck of the land is a Waqf (endowment) for the family of Tamim and cannot be transferred to other than them.

Russia is an enemy to Islam and the Muslims whilst its crimes in Ash-Shaam, Chechnya, Afghanistan and Crimea amongst other places make the body tremble due to their hideousness and ugly nature. It now wants to take this land by force through the cover of the authority whilst the PA with its conspiring is rewarding the Russians for their bloodthirstiness of our blood by handing them ownership of a land that the Messenger of Allah ﷺ left as an endowment (Waqf).

Above that, the history of the missionaries is black in respect to the sale and diversion of a lot of the land to the Jewish entity including the square of ‘Umar Ibn Al-Khattaab (ra) in Al-Quds and Jabal Abu Ghunaim amongst other lands, whilst the example of the blessed house in Al-Aroob is not distant from our memories. It would not be strange or unexpected for Russia’s taking ownership of this land to be a prelude for its ownership going to the Jewish entity for them to establish a new settlement inside the city of Al-Khalil Ar-Rahman (Hebron) so that the people of Al-Khalil can be burned by their fire just as they burned Ad-Dabuya and Martyr’s Street.

The Palestinian Authority and its leaders have already given up most of Palestine to the Jewish entity and have been content in themselves to be subservient to America and the states of disbelief in addition to being guards for the Jewish entity. For that reason, they are not bothered by handing ownership of this land to the hateful and spiteful Russians and the crimes of the PA and their leaders in regards to Palestine and its people have not ceased. Rather they are continuous to make the people of Palestine surrender to the Jewish entity and the Western agendas that target our Deen, land and sacred sanctities. On top of this, the Jewish entity is spilling the blood of our children, destroying our homes and violating Al-Aqsa day and night whilst the leaders of the PA are proud of their security coordination with them at the same time as they constrict the people by increasing their levies.

O Christians in the Blessed Land:

We will address you specifically in this leaflet to we say to you: You have lived amongst the Muslims for hundreds of years and the Muslims had safeguarded you, your properties, honours and churches. You have lived amongst the Muslims an honourable and dignified life and some of you came from other regions in order to live in the Blessed Land. And the Muslims welcomed you and housed you amongst them. And know that the rightly guided Khilafah (Caliphate) upon the path of the Prophethood that we are working to establish is that which will safeguard your rights and guarantee for you a dignified life amongst the Muslims. As for the oppressive rulers and the rulers of the major world states, they do not care for anything other than their own interests, their riches and their influence. Many of you are aware of this reality and we are sincere in our advice to you. So do not follow these rulers because they will ruin your life amongst the Muslims. We are an Ummah of Islam, a noble Ummah; we carry goodness, light and justice to all of mankind. We do not break or neglect a covenant and we do not harm those who are under our responsibility and care. This is a reminder to you, so remember it and to reaffirm this we remind you of our letter to those undertaking the Maskubiyah Church dated on 25/01/2014, which stated:

You know that the land that you have established your church upon is not your property and that you have leased it from the Muslims by a leasing contract. For that reason, your efforts to own the land and to involve the Russian government for this purpose represents an effort and interference that the Muslims will never accept.

You have lived amongst the Muslims for decades in which we have preserved our covenant with you and we have not been bashful in respect to your protection and care. The Muslims have dealt with you well in response to the instructions of the Messenger Muhammad ﷺ who commanded us to treat you well.

We are sincerely advising you to stop the hand of the meddlers who wish to ruin your living amongst the Muslims and to stop your efforts to acquire ownership of this land.

Some have enticed you saying that they are capable of giving you ownership of this land but you need to know that this will never be accepted by the Muslims and know (also) that the Khilafah state that leased the land to you via its permission is returning soon. So safeguard your covenant with us and do not break it. If you refuse except to proceed upon your current course, then know that it is you who have broken the covenant and not us.”

O People of the Blessed Land in general and the People of Khalil Ar-Rahman in particular:

Verily, safeguarding this land and preventing the Palestinian Authority from committing this crime is your responsibility and Allah will question you about it. And we know that you are capable of safeguarding it as it is the bequest of the Messenger of Allah ﷺ in respect to you. And we say to you and the notables of Al-Khalil (Hebron) and the Nazhaar of the Waqf (endowment) of Tamim, beware of entering into deal making and negotiations related to the Russian ownership and even in respect to a single hand span of the Waqf (endowment). Any concession means the renunciation of the Waqf that the Messenger of Allah ﷺ endowed and it means handing it over into the ownership of our enemies. You have been able throughout the last six years or more to prevent the PA from taking ownership of this land for other than its rightful people and today you are capable to halt it where it is and to take hold of the issue and prevent it from proceeding upon the criminal course. And Allah is with you and the righteous believers.

As for the Palestinian Authority’s prime minister, his council and those alongside him, then we call them to rescind this decision and to refuse to make a cover for the handing over of a land in ownership to the Russians that the Messenger of Allah ﷺ gave as a Waqf to the companion Tamim Ad-Dari. That is because they have no strength or power before the anger of Allah and the scorn of the Muslims. And we say to them that which the Messenger of Allah ﷺ said:

“So whoever oppresses them or takes anything from any of them, then he will have the curse of Allah upon him and the curse of the Angels and the people as a whole”.