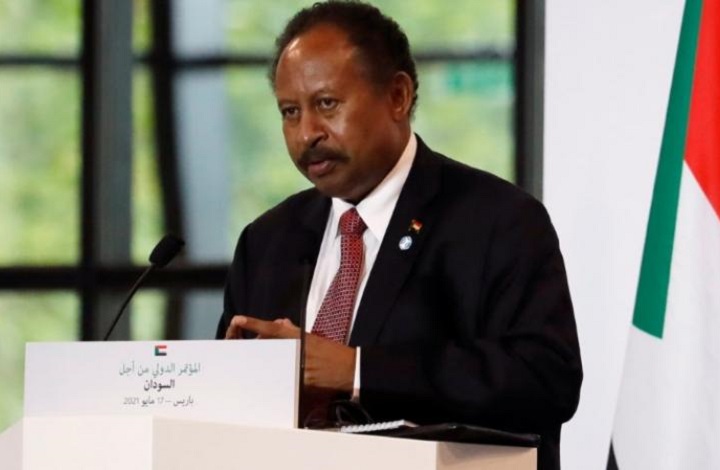 Hamdok met with his advisor for social gender affairs, Aisha Hamad Mohammad, who explained in a press statement that social gender is represented in the roles and responsibilities defined by the specific society for both women and men, indicating that these roles and responsibilities change according to the time and place of society. She said that the meeting discussed policies, laws and legislations that create balance between all groups, and guarantee the rights of both men and women, as well as work to change power relations in societies to reach balance. (SUNA Agency, 3/8/2021).

First: The chancellor should be aware that the roles and responsibilities of women and men are not determined by society. The people of Sudan are Muslims with a creed, culture, and identity that determines the roles of men and women. And that this is a Deen (way of life) that only those who are audacious against Allah (swt) strive to change, and to destroy society with the idea of equality that produced the crisis-filled Western society; that descended into the quagmire of vice, the mixing of lineages and the deep-rooted violence against women.

Second: The Book of Allah (swt) is in our hands, so what is our need for transmission and imitation of the Western civilization; its concepts and standards, without considering the causes and results of these concepts and standards that have led the West itself to the polluted quagmire of equality?!

For nearly three years, the age of this government, laws and legislations regulating the relationship of women with men were changed according to the basis of Western civilization, and the CEDAW agreement-the cause of main problem- was signed. This had a bad effect on society and did not result in any fruitful progress that lifted the society that is spiraling to the bottom. Rather, it resulted in more moral deterioration, and women’s tabarruj (exposing beauty and charms) and public display of their adornment.

The idea of ​​the gender is contrary to the natural instinct, and contrary to the Shariah of Allah (swt). Which the revelation that came to confirm that the male is not like the female, and this resulted in a set of Shariah rulings, some of which are related to inheritance, and some are related to social, economic, political and ruling aspects. There is no equality or differentiation between male and female, but rather the rights and duties are clarified Throughout the eras of the rule of Islam, no Muslim woman was audacious against her lord by attempting to change the way of life and view set by Allah Al-Bari’ for her, and she did not seek equality, or superiority over men, due to her awareness of her lofty position. She is the mother, the sister, the wife and the daughter, and she is the man’s sister. She cooperates with him in what is in the interest of society in accordance with the Shariah regulations. Thus, under these rulings, the elevated life is achieved, and led to the most honorable and the most precious days that a woman has lived in history.

“Those invite [you] to the Fire, but Allah invites to Paradise and to forgiveness, by His permission. And He makes clear His verses to the people that perhaps they may remember” [Al-Baqara: 221]

The only system that guarantees a prosper life, and organizes the relations between a woman and a man in a natural way, that the spiritual aspect is its basis, and the Shariah rulings are its standard it is the social system in Islam. It is the only correct system, because it organizes the relations between men and women in details and guarantees their meeting together is a productive cooperation for the good of the group, society and the individual, and makes their goal the pleasure of Allah (swt), and the driver of this relationship. The Khilafah Rashida (Rightly-guided Caliphate) State on the method of the Prophethood, is the one that implements this system in an Islamic society in which crises are solved according to reality, with solutions from the Gentle, the Expert (swt):