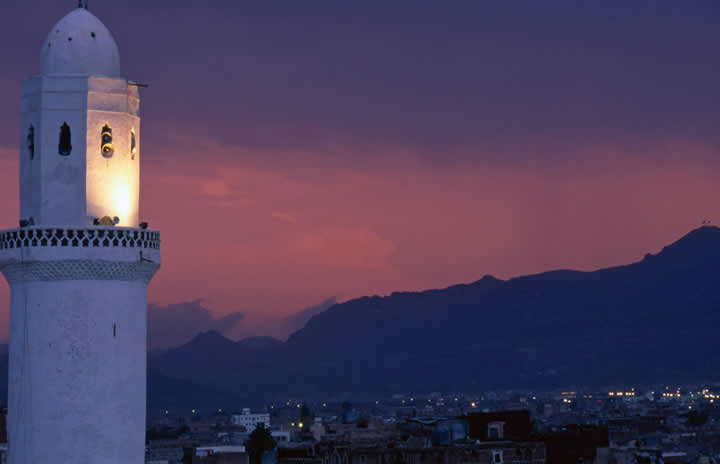 “You are the best nation produced [as an example] for mankind. You enjoin what is right and forbid what is wrong” [Al-i-Imran: 110].

The Islamic Ummah proceeded on with the understanding of this verse and it has implemented it for centuries, until the Khilafah (Caliphate) was destroyed. It was imperative for the best of the Ummah to comply with the command of Allah (swt) in the verse by commanding the good and working to implement the rule of Islam by establishing the Khilafah and the call to Islam; and that it must regain its authority and appoint a caliph over it, takes care of its affairs with Islam, protects it, and removes its hardship. The Messenger of Allah (saw) said:

“The children of Israel used to be ruled and guided by prophets: Whenever a prophet died, another would take over his place. There will be no prophet after me, but there will be Caliphs who will increase in number.” The people asked, “O Allah’s Messenger! What do you order us (to do)?” He said, “Obey the one who will be given the pledge of allegiance first. Fulfil their (i.e. the Caliphs) rights, for Allah will ask them about (any shortcoming) in ruling those Allah has put under their guardianship.” [Agreed upon].

And to carry the call to those whom Islam has not yet reached; to bring them out of darkness into light, especially since the countries of the kaffir West, which destroyed their state, removed the rule of Islam from the Muslims, and appointed ruwaibidha (ignorant rulers) upon them, who applied the systems of kufr on them.

Hizb ut Tahrir was established to revive the Islamic Ummah in response to the command of Allah (swt) who says:

“And let there be [arising] from you a nation inviting to [all that is] good, enjoining what is right and forbidding what is wrong, and those will be the successful” [Al-i-Imran: 104]. The Prophet (saw) said:

«ثُمَّ تَكُونُ خِلَافَةٌ عَلَى مِنْهَاجِ النُّبُوَّةِ» “Then there will be Khilafah on the method of Prophethood.”

The imams have agreed that the imamate is an obligation, such as al-Juwaini, Ibn Hazm, al-Mawardi, Ibn Hajar al-Asqalani, al-Haythami, Ibn Khaldun, al-Nasfi, al-Ghaznawi, al-Qurtubi, Ibn Taymiyyah, al-Shawkani, Ibn Ashur and al-Jaziri, and that Muslims must have an imam who maintains the rituals of the Deen, and on the basis that the Ummah has a shepherd to take care of it.

Is it not time for the scholars of the Islamic Ummah in Yemen in this day and age, after a complete Hijri century has passed since the demolishing of the Khilafah, to rise with Hizb ut Tahrir to establish a Khilafah Rashidah (rightly guided Caliphate) on the method of prophethood, in response to the command of Allah (swt) and His Prophet (saw), and following the scholars who preceded them?! And that the youth of Yemen and their elders, men and women, join them in order to establish the state of truth, the Khilafah Rashidah state on the method of prophethood, and for this state to return to the way it started in Medina?! Muslims and the world are eager to see the banner of al-Okab raised high by the hands eminent scholar Ata bin Khalil Abu Al-Rashtah as it was before.

Who other than you will establish it, O Muslims?!

This is our vital issue and it is an obligation on every Muslim man and woman. The Prophet (saw) said:

«وَمَنْ مَاتَ وَلَيْسَ فِي عُنُقِهِ بَيْعَةٌ مَاتَ مِيتَةً جَاهِلِيَّةً» “He who dies without a pledge of allegiance (bay’ah) on his neck, dies the death of (the days of) Jahiliyah.”

Today the masks fell off the agents, the Muslim countries were lost and violated, and the confrontation became directly between the Islamic Ummah and the kuffar (disbelievers), and here we are witnessing the faltering of their ideology and its failure to face Islam, and now it is your turn, O Muslims, to make Islam the new world order the world awaits. So, establish it, O Muslims after you became aware of it.