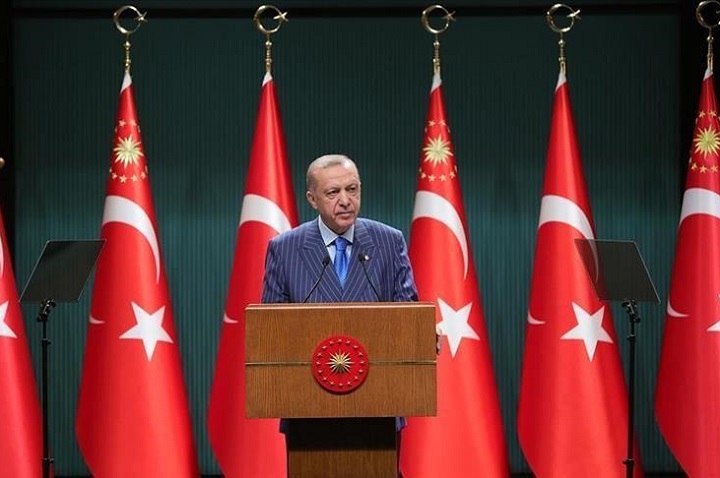 Speaking in the 6th legislative year of the 27th term of the Grand National Assembly of Turkey, Erdoğan said, “Referring to the 100th anniversary of the founding of our Republic, which we will celebrate together with enthusiasm next year, we are coming to the presence of our nation in 2023 with a new word. This promise is to build the ‘Century of Turkey’ on the works and services we have brought to our country so far. (Yeni Şafak 03.10.2022)

Comment:
When we look back to the period after the proclamation of the Republic in 1923, we encounter dependence on colonial powers, immorality, backwardness, economic and political instability, murder, violence against women, immigration and many more republican spitting and excretion. Believe me, the excretions of the republic are countless. In the past 100 years, the secular Turkish Republic has left no outstanding achievements other than excretions. For him, the obscure and closed slogan of the “Century of Turkey” is nothing but a hollow and deceptive slogan produced to deceive the public in election squares.

The secular republic founded on the ruins of the caliphate, whether in times of strict secularists in power or when supposedly Muslims were in power, as it is now, has offered nothing but unhappiness, misery, immorality, etc. to the Turks. It will not promise anything different from these in the next century. The problem is not who rules, but with what is ruled. The secular republic, which does not spring from the aqeedah of the Islamic Ummah, cannot and will not offer the honorable life they deserve, except for dragging the Turkish nation into the valley of ghayya (valley in Hell) in the next century.

Because the basis of the so-called “Century of Turkey” project is secular democracy. Secular democracy is against human nature and is not based on intellect. Such projects and slogans contrary to human nature and not based on the faith of the Turkish people can promise nothing but misery and unhappiness to the people. The proof of this is the past 100 years. The failures that the past 100 years have presented to the Turkish people are caused by the system. Therefore, as long as the current secular system remains in effect, the next 100 years will not be much different from the past 100 years, or it will be even worse. Because expecting a clean and uncorrupted product from a corrupt and outdated secular system is a dream, like chasing a mirage.

The “Century of Turkey” project, which President Erdogan introduced to the people right before the elections, is an election-oriented, closed and ambiguous narrative aimed at deceiving the public, as I mentioned above. It is like throwing a stone into the darkness. Because if we really want to understand and comprehend what kind of next century awaits us, we only need to look at the past century. The past century based on the secular system is a testament to the next century.

Unlike Erdogan, as Hizb ut Tahrir, we say that the next century will be the Century of the Caliphate. While saying this, we are not throwing stones into the darkness, nor are we talking about an imaginary and utopia issue. On the contrary, the Khilafah is a promise of Allah (swt) and a glad tiding of the Messenger of Allah (saw). Moreover, the Caliphate is the demand of all Muslims in the world, and this demand is growing day by day. In order for this demand to turn into practice, the people of power and strength must respond to this demand of Muslims.

“Allah has promised those of you who believe and do good that He will certainly make them successors in the land, as He did with those before them” [Surah An-Nur: 55]

“Then there will be Khilafah upon the Prophetic method” (Ahmad)