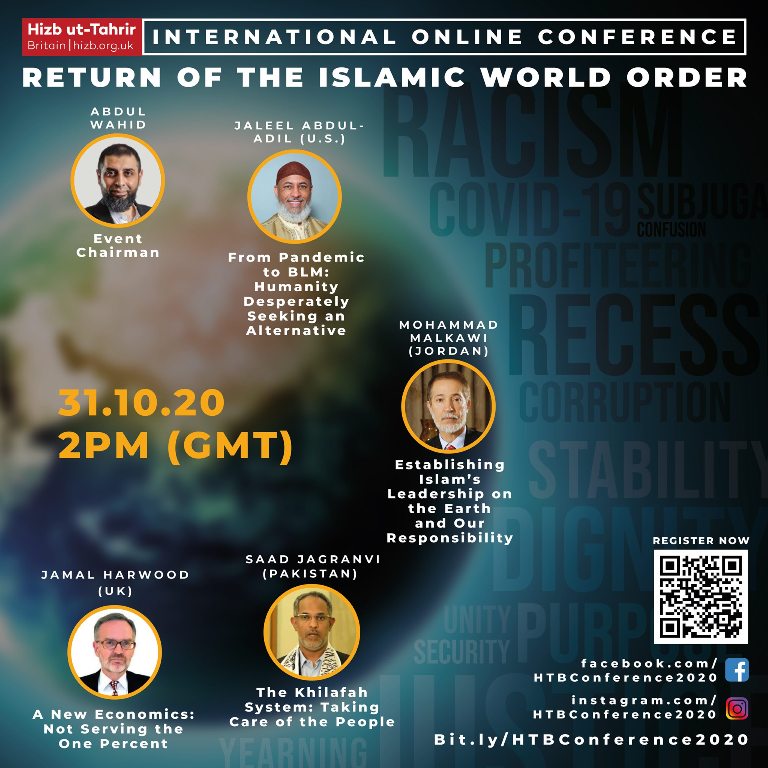 The Secular Ideology is Exposed; Islam is the True Alternative

We live in an age where lies, misinformation and baseless allegations are completely normal, with the presidents, prime ministers and mainstream press shamelessly peddling such falsehood every day.

Since the turn of the century the capitalist leaders and bankers have been exposed for falsified intelligence and dishonest financial dealings, leading to illegal wars and a global financial crisis. More recently London has emerged as the money laundering capital of the world, while everywhere else has to suffer the hegemony of the system that favours the wealthy elite over everyone else.

The response to the Coronavirus pandemic has been a master class in deception and deceit. Ordinary people are starting to realise what misery comes from having unaccountable leaders with self-serving agendas, who exploit the pandemic to hide decades of neglect and continuing abuse of power.

Capitalists don’t believe in following rules; they are rather for other less privileged people to follow. Johnson threatens to break signed international treaties, and Trump threatens that there will not be a peaceful transition of power if he loses the November election. The system of “haves” and “have-nots” is taking the whole world on a miserable journey to the brink of destruction, pitting one group against another, so that the “haves” can have even more.

It is no surprise that there is increasing division among people and open hostility to foreigners and immigrants. Capitalism is obviously failing everywhere, and its populist leaders are desperately trying to buy time, looking for any old scapegoat, however implausible. Indeed, Macron in France declares that he feels threatened by Islam, and accuses Islam of being the problem.

The government and media partnership has so misled the people, such that more than half of British Conservative party members believe the lie that Britain has “no-go areas” where Shariah law dominates and non-Muslims cannot enter. Ironically, a large number claimed that they felt threatened by Islam as “religion breeds intolerance.”

The capitalist hegemony is coming to an end. Allah the Almighty has exposed their failure which is evident for all to see. Suddenly there is much talk of an alternative system; so much that the British government is trying to ban literature which criticised Capitalism from the school classroom.

Now is the opportunity for Muslims to present Islam to the world to highlight its just system for all the people, its detailed economic solutions, and the peace and security that only a system revealed by the Creator, satisfying the heart and mind, can bring.