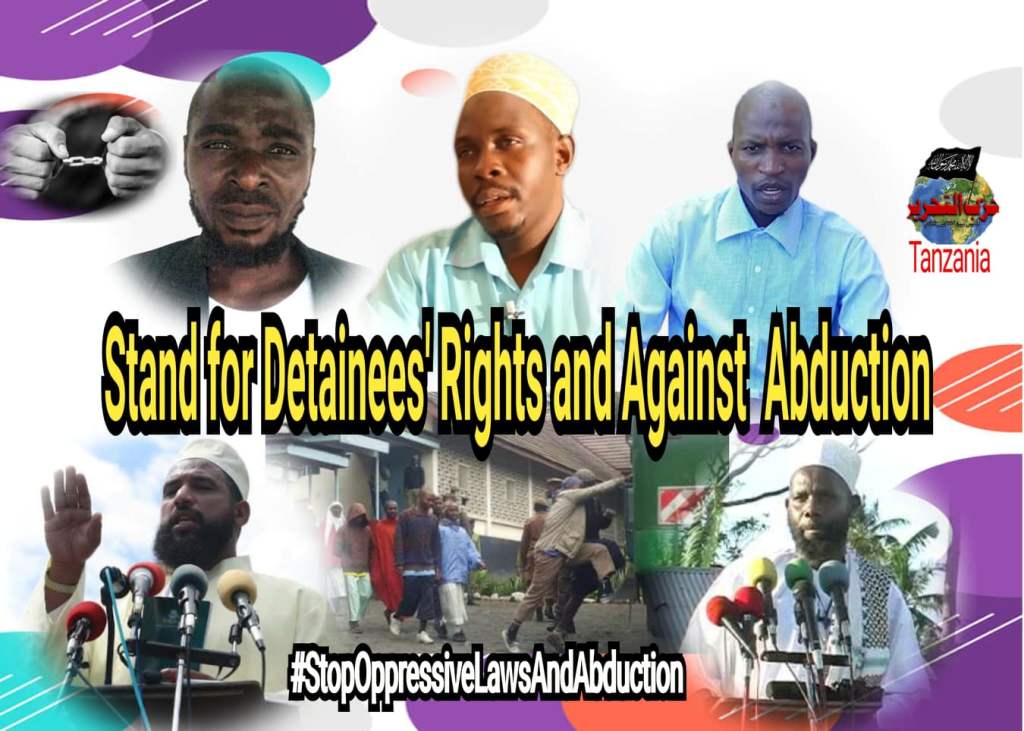 Due to the fact that three activists of Hizb ut Tahrir Tanzania (Ust. Ramadhan Moshi Kakoso, Wazir Suleiman Mkaliaganda and Omar Salum Bumbo) are being held without trial or bail for more than two years, the same circumstances being encountered include other detainees among Muslims scholars of the Uamsho organization who are also being held for more than seven years now, plus many other detainees (Muslims and non-Muslims) victimised with the similar fate, Hizb ut Tahrir / Tanzania would like to announce the launching of a special campaign defending their rights.

The campaign will officially commence on 19 June 2020 to 24 July 2020 having the following aspects:

1- Objectives of the campaign:

To protest and speak up against the following:

2- Areas of the campaign:

3- Slogan of the campaign

“It is oppression under the law to detain without trial, deprived of bail, indefinite time in adducing of evidence and abduction”

We hope that everyone in society will fully participate and engage in this noble campaign, since its agenda encompasses everyone in a religious or humanitarian aspect.