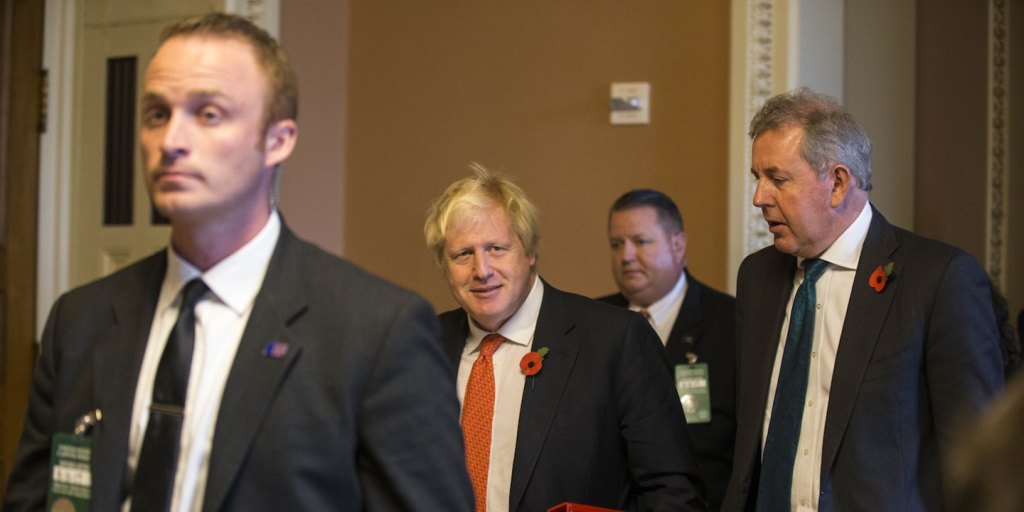 The resignation of Britain’s ambassador to the United States after President Trump made his continued employment untenable, has left British establishment figures shocked at the affront to their inflated sense of importance in the world. Ordinary British people should take stock of where democracy has taken them, while Muslims need to guide them to a superior ideology, for the benefit of all – not just the few.

Britain, which was once lauded as the empire on which “the sun never sets”, has become a mockery of its former self. Such weakness makes many question how such a state could have become a mighty world power, let alone the leading state?

Britain today lacks statesmen unified on the goal of furthering traditional British interests. Dissatisfaction arising from large sections of the population, as well as the rise of new interest groups, has produced political disturbance, and weakened the mechanisms the elite uses to enforce its own agenda.

Democracy in Britain has always ensured that the elite’s interests were never seriously challenged by the average man and woman, who were led to falsely believe that their voices and votes mattered. The establishment’s excesses over recent years, however, have exposed the inability of the ordinary people to bring them to account, fuelling a groundswell of resentment and a desire for politicians who actually listen. Populist leaders have eagerly jumped on this bandwagon, greedily exploiting it for their own personal gain, and whipping up fervour for change – regardless of their ability to actually deliver a real alternative. This is not just a British phenomenon. Populism, and the so-called “outsider” politicians, are on the rise in Western democracies, leading to nationalistic fervour, rivalry and hostility between different countries and regions. Britain is now forced to make compromises and concessions, as other populist states seek to demonstrate their toughness by exploiting Britain’s internal turmoil. All this has occurred as a result of false promises that Britain’s populists make but cannot keep.

Whether serving the wealthy elite or the whimsical populist opportunists, democracy does not serve the real interests of the ordinary people. It has proven itself to be a system that the wealthy find too easy to manipulate, while deceiving the people into a false sense of security that their interests are being served.

Islam does not recognise the democratic model as anything other than oppression. Islam has an impartial legislature, derived from the Quran and Sunnah, which cannot be manipulated to serve one faction at the expense of another. Secular liberalism made the goal of life as selfishly satisfying base desires, whereas Islam elevates humankind to become selfless and thoughtful servants of all humanity.

It is this message that Muslims need to deliver to the rest of humankind, especially in such times of identity crisis, soul searching, and existential dilemma.